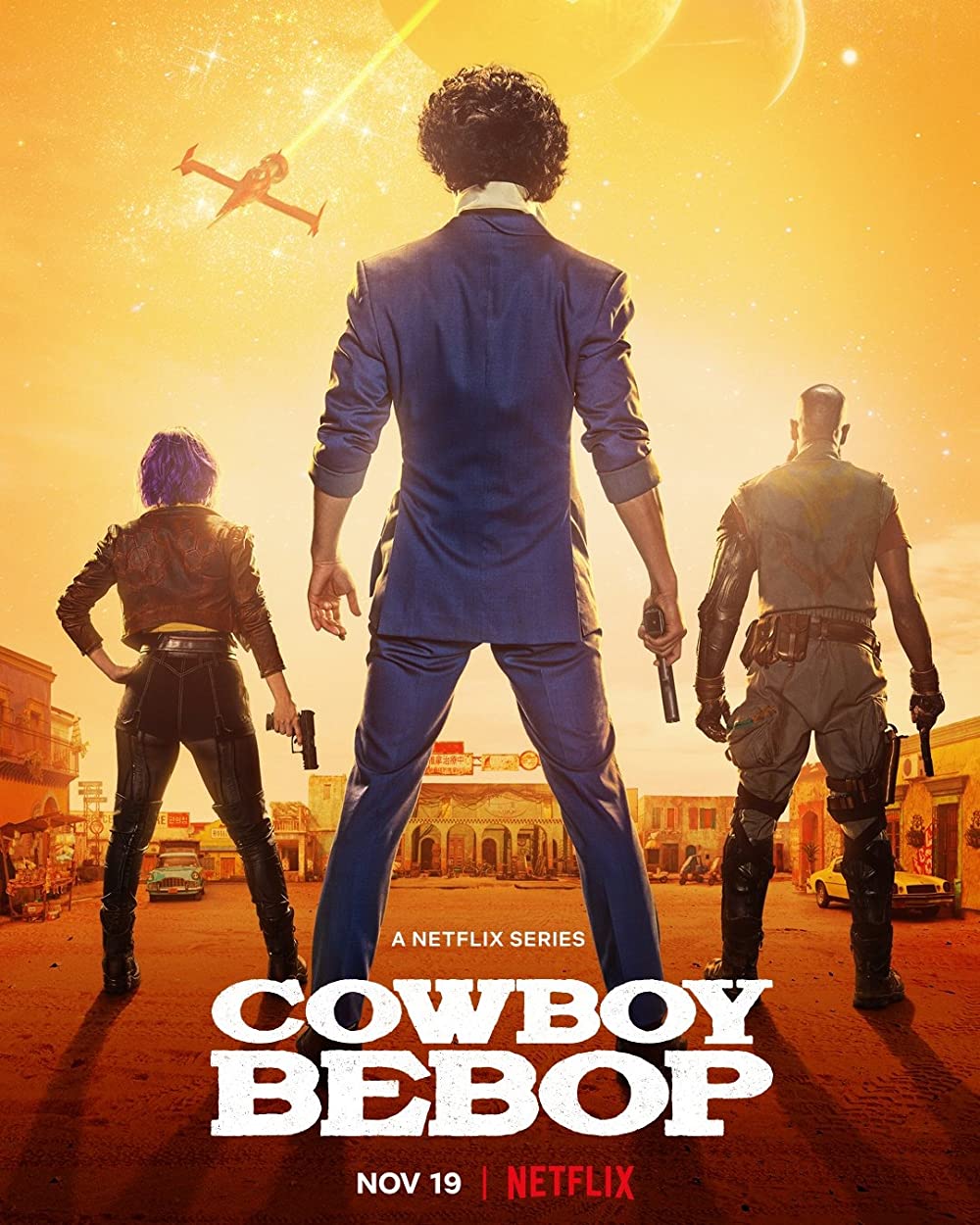 Ahoy geeks, Jimmie here! I am so jazzed this week as we get our first taste of the Cowboy Bebop live action series on Netflix ! This has been a long time coming with various actors, and production houses rumored to get things going. The final countdown begins as we approach zero hours on November 19th, 2021!

Being a huge fan of the anime (it has set the gold standard for me as far as anime goes) I do have a wish list of things I want to see, and here it goes! My top 5 items on the list I am hoping to see this weekend on Cowboy Bebop:

One thing I loved on the anime is seeing the Swordfish II go at it with other ships, and at times ground based vehicles just shooting the crap out of each other. How cool would it be to see that in a “live action” setting!? Yes, yes it will be cgi all the way, but I wants to see it!

Spike, fire up the engines and get this party started!

This was one of the best episodes, and it was funny as hell! The crew of the Bebop find themselves intoxicated by illegal mushrooms while trying to track down a bounty, and you can only imagine how that went. Ol’ Spike found himself on the stairway to heaven in this episode, and even had a frog spirit guide. Hahaha!

3. Exploring the backstory of the characters

I would love to see a deep dive into the history of Spike, Jet, Faye, Ed and even that furry little dude, Ein. They did touch on the backstory of the characters in the anime, but I really want to see more to get a better feel for each of the crewmembers of the Bebop. One can only hope, right?

4. Yoko Kanno and the Seatbelts cameo

I know what you’re saying “They did the soundtrack for the show. Isn’t that enough?”. No, no it’s not. I enjoy the hell out of the music that they had out together (I am jamming to them as I type), and it would be super awesome to have a role in the show even if it is a Stan Lee style cameo. Netflix don’t let me down!

5. Antonio, Carlos and Jobim in every episode

The 3 old farts should be in every episode! Why? Because cranky old fella’s like them are funny! We know they will be in at least one episode, but hey why not more. I would get a good laugh out of it, and I am pretty sure many a Bebop fan would dig on it as well!

Antonio, Carlos and Jobim going on and on about the good old days of building crap.

And there we have it, my top 5 wishlist items for the upcoming Cowboy Bebop live action Netflix extravaganza! Do you think I about covered it? What would you add to the list? Let me know in the comments on Facebook (that’s so meta *eye roll*) or on our own fancy pants site!

Can’t wait to see the fun on Friday, but till then…..

See you on the bridge of the Bebop on November 19th!