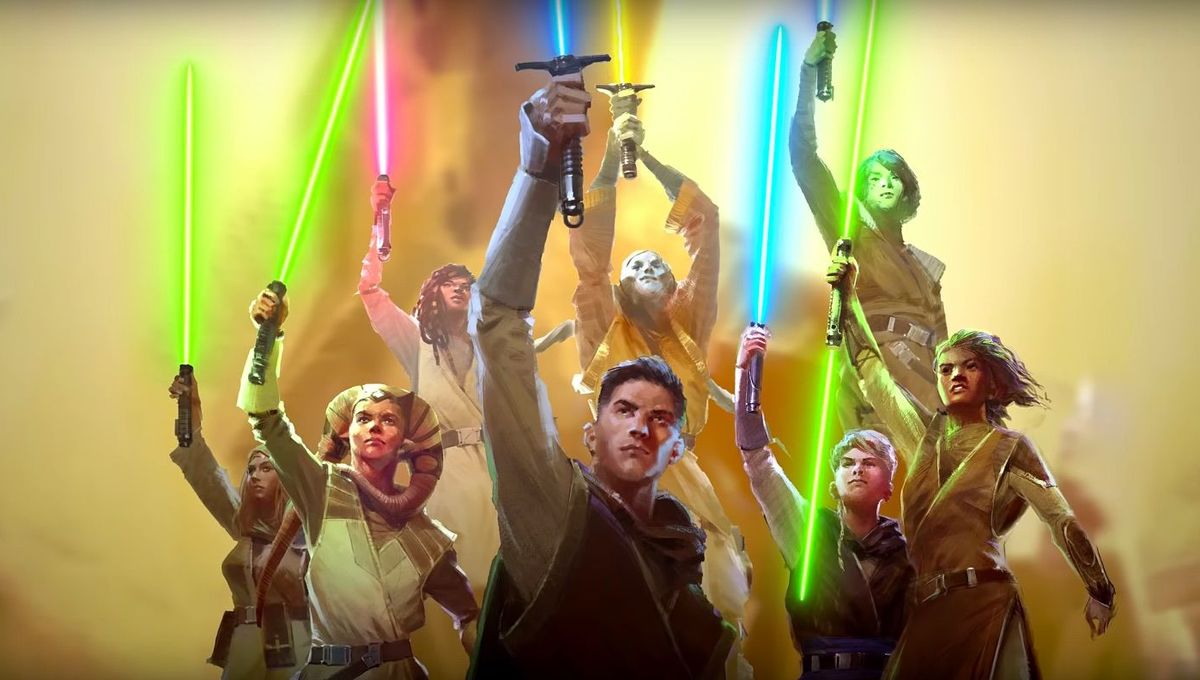 Various sources are reporting on rumors about the next big Star Wars game reveal set in the High Republic era, being developed by Quantic Dream. We reported that there were rumors of Quantic Dream (the game studio behind the games Heavy Rain, Beyond: Two Souls, and Detroit: Become Human) developing a Star Wars game back in September but now it looks like there may be some more weight to these alleged rumors. As reported by tech site, wccftech, notable games journalist Jeff Grub mentioned on his podcast that the game that Quantic is working on is set in the High Republic era and that it’s working title is likely to be “Eclipse”.

For those who are not-in-the-know, back in 2020 Star Wars introduced a new sub-franchise / time period known as “The High Republic”. The High Republic is a time period set about 200 years before the films and depicts the Jedi Order at their peak where the greatest threat they are dealing with isn’t Sith (for once) but large groups of space vikings. The introduction of this new time period was developed to give Star Wars authors and creatives a new playground to play with within the franchise without the fear of treading on, or being limited by, existing canon.

Jedi from the High Republic era. Image from StarWars.com

This new era of Star Wars is ripe for fresh and new story telling and sounds like it’s a wonderful idea for a video game. For one thing we can avoid the entire Jedi vs. Sith conflict that we have been beat over the head with for years now. Not since the Yuuzhan Vong threat have we seen our favorite space fantasy knights take on a threat that is entirely new and different. The Nihil (The big bad for this era) are inter-planetary raiders with an anarchists angle and who see the Republic as oppressive and bloated. This could be great ground for a Star Wars game in the same vein as Jedi Outcast or Force Unleashed as long as it is a polished product.

The only thing to be worried about is what kind of game this actually will be. As mentioned from the September piece, Quantic Dream is known for narrative heavy games with little action elements. If this is to be an action-heavy game (which we are lead to believe) they might just be out of their depth here.

We saw recently how this kind of situation can play out with negative effects. Earlier this month Square-Enix, the studio behind the Final Fantasy franchise, implied that using studio Crystal Dynamics to develop the critically panned “Avengers” game was the wrong choice for them to take. Crystal Dynamics does not traditionally make GAaS (Games as a service) titles, which they were tasked with on Avengers. Crystal Dynamics are known far better for making single-player experiences such as the Tomb Raider games in the last decade. This is all to say that Quantic Dream being given the reins to the Star Wars license for an action-heavy game is definitely an interesting choice. As a big Star Wars fan I hope it turns out well!