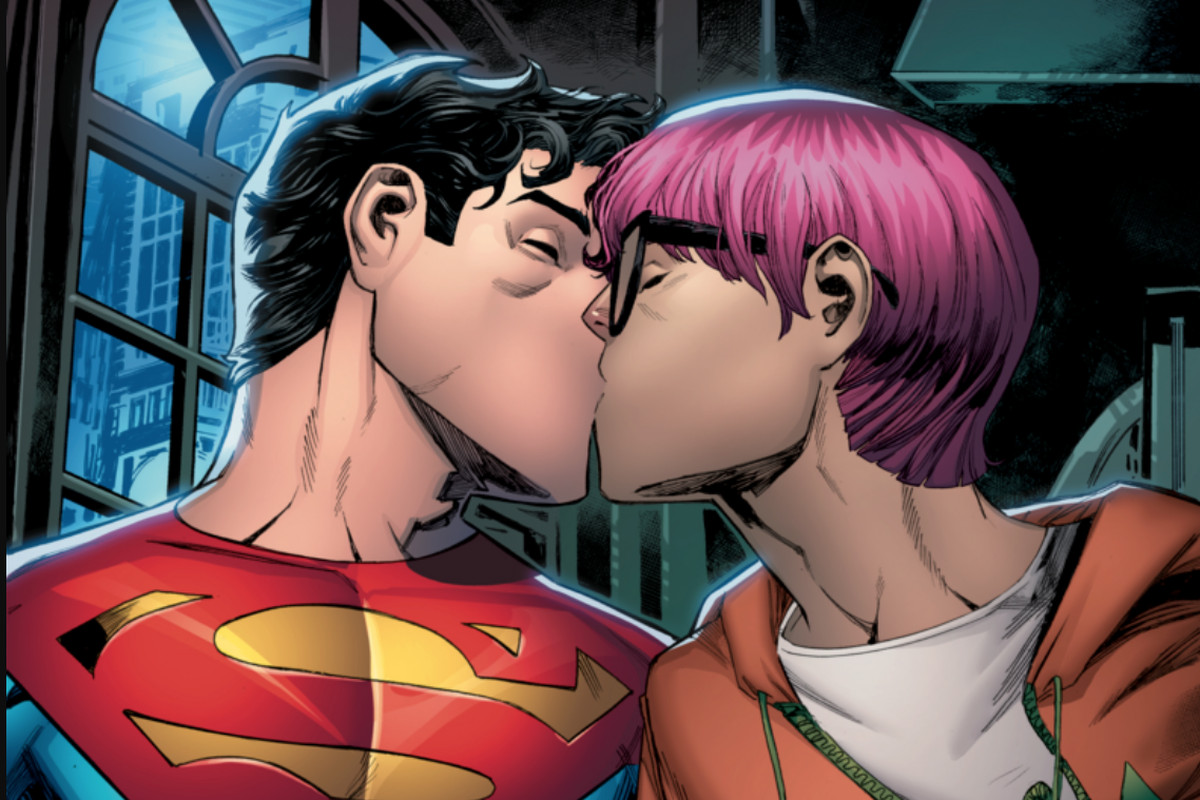 Superman — the Jon Kent version; aka the son of Superman — is coming out as bisexual. This has drawn a lot of comments from all sides; many for or against it and some going so far as delivering threats to DC Comics for making this move. And honestly… I don’t see why people are getting so worked up over a still relatively new character to the Superman mythos getting such a significant character/story upgrade.

A love which stands the test of time! Picture credit to screenrant.com

I get it to some degree; if they were changing Clark Kent/Superman into a bi character I’d have issues only because I grew up on him loving one person: Lois Lane. They are a love long written in the stars! DC dallied with giving Clark a few other love interests, but in my opinion they never came close. If Superman and Lois weren’t so star-crossed and perfect, I’d probably have more room for a change where Superman, a walking bridge between peoples, would indeed happen to love more than one gender.

Jon Kent (right) will be his own Superman compared to his father, Clark (left)! Picture credit to cbr.com

But that’s not even the issue because it’s the second Superman, young Jon Kent. The new generation’s Superman; for better or worse. I personally don’t enjoy how they’re working hard to replace Clark’s Superman with Jon’s, but I will be the first to point out to the angered nay-sayers who cannot stand “wokeness” — much less anything not traditional white/hetero depiction –that Jon Kent is still being figured out!

Yes, he is — as said before — a relatively new character that’s still finding a place in the DC universe. You know how so many nay-sayers tend to say “make new characters if you want representation; don’t change my favorite character”… Well, DC Comics did basically that!

Jon Kent finds time for both duty and love! Picture credit to 24newsrecorder.com

Some might wonder if Jon being bisexual says he’s going to be a better Superman… More inclusive, in a manner of speaking. I don’t think that’s the point; at least I truly hope it isn’t, because common sense should point out that being a leader who embraces all walks of life does not demand being bisexual, hetero, or anything. So I hope — since DC Comics is so intent on pushing Jon as the “true Superman” — they have Jon be special by virtue of his character and not solely because of his being in a marginalized group.

“Over the years in this industry, it probably won’t surprise you to hear I’ve had queer characters and storylines rejected. I felt like I was letting down people I loved every time this happened” writer Tom Taylor tells IGN. “But we are in a very different and much more welcome place today than we were ten, or even five years ago. When I was asked if I wanted to write a new Superman with a new #1 for the DC Universe, I knew replacing Clark with another straight white savior could be a real opportunity missed. I’ve always said everyone needs heroes and everyone deserves to see themselves in their heroes. Today, Superman, the strongest superhero on the planet, is coming out.”

So according to reports in “Superman: Son of Kal-El #5” — releasing on November 9th — Jon enters into a relationship with Jay Nakamura, a “hacktivist” who idolizes Jon’s mother Lois. Jay and Jon share their first kiss in this same issue.

Jay is a journalist; but according to Taylor we can expect Jay will not be the love interest who constantly needs saving: “While this has fortunately changed over the years, historically, Lois has often fulfilled a damsel role. Jay Nakamura will never be that. He and Jon will tackle many things side-by-side.”

Change is going to happen over the years, sometimes good and sometimes bad; but this isn’t bad, let alone that huge a change to make in the Superman mythos when you think about it. It’s never been done in this property, and it’s not even happening to the original Superman… It’s not so much a change as a new development for a character that’s still establishing his roots. But unfortunately toxic fans will be angry and say worse than “boo”.

While Jon Kent is not my favorite character, I appreciate that DC Comics crew are taking a route with him which gives representation to many fans out there who want to see someone like themselves in popular works. I say good on DC Comics and good on Jon Kent!

What do you think of this new take on the new Man of Steel? Comment below! Check out the article from IGN.com! Also, check this Geek News Now piece on Jon Kent’s rise to Superman status! Subscribe to Geek News Now and give it a like on its Facebook page!