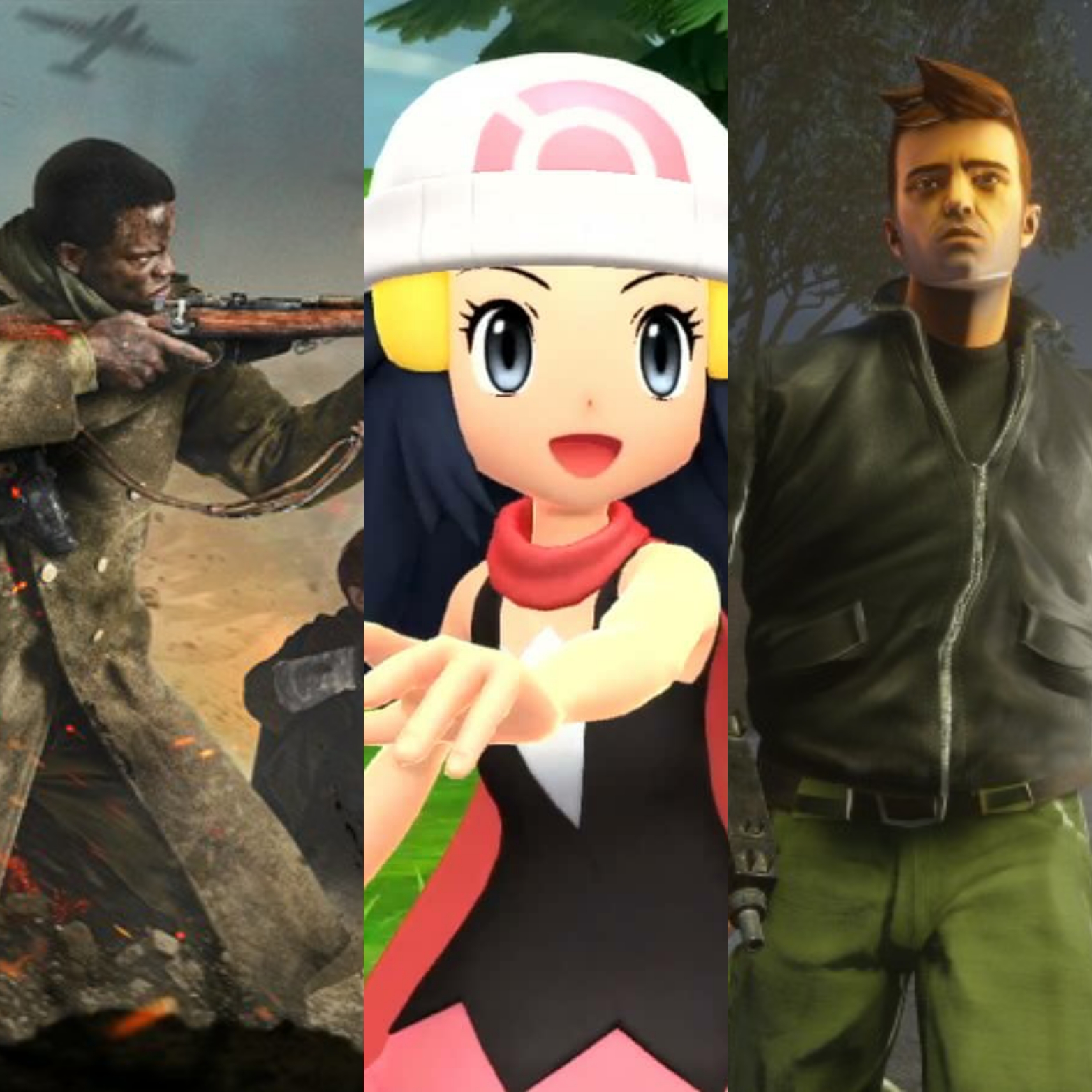 November is shaping up to be a major month for video games! Halloween and all the madness of October is finally over, so it is now time to look toward the rest of this new month. While there are several big games (and plenty of smaller ones) lines up for this month we are going to take a look at five of the heavy titles with their release dates included.

Slated for This Friday (or late this Thursday evening) is this year’s annual release of the long running first-person-shooter from Activision, Call Of Duty: Vanguard. Set during the end of World War 2, the campaign sees a group of specialists from the different ally nations come together to find and eliminate Hitler’s successor at the end of the war in the European theatre.

A multiplayer beta went live back in September that allowed interested players to experience a mixture of old modes and new modes (Ex: Champion Hill) that are featured in the game. Vanguard is developed by Sledgehammer games and the companion free-to-play game mode, Warzone, will also be receiving updates to reflect the WW2 setting In December.

COD hasn’t been set in World War 2 since 2017’s Call Of Duty: WW2. Some fans lament the return to that period while others rejoice for the setting that birthed the franchise. COD is consistently one of the highest selling game franchises year after year, so it will be interesting to see where this title falls on the list of the best selling games within the franchise.

Forza is back! The long-running realistic racing series returns with the 5th entry in the ‘Horizons’ line of games, and the 12th entry in the overall Forza franchise. Forza Horizon 5 takes us to the beautiful landscapes of Mexico along some equally beautiful vehicles. Earlier in the year I wrote a much more detail heavy piece about how Forza Horizon 5 is paying homage to my homeland.

The game is developed by PlayGround Games, the studio that has been curating the series since the very first Forza Horizon back in 2012. The trailers look amazing and depict lush jungles, large scale deserts, and true-to-life coastal cities. The amount of work that has gone into nailing the look and tone of Mexico is incredible! Definitely keep an eye out for this one if you have been itching for a racing game and need something to get you through the wait for Gran Turismo 7.

If you have Xbox GamePass then you can enjoy the game on Wednesday November 11th when it gets added to the service. However if you bought the premium edition you’ll be able to play it on Friday November 5th, a whole six days early! Forza Horizon 5 will be available on Xbox One, Xbox Series X/S, and Windows PC.

For those who are in the dark about these games here is the breakdown. GTA 3 has you playing as Claude, a bank robber who gets left for dead at the start of the game who then spend rest of the game climbing up through the Liberty City underworld to exact revenge. GTA: Vice City has you playing as ex-con Tommy Vercetti after serving a long prison sentence for the Forelli crime family. He gets dispatched to Vice City upon release to oversee a drug deal that ends up going bad and then the rest of the game pretty much plays out almost exactly like the film Scarface.

GTA: San Andreas has players in the role of Carl “CJ” Johnson, a former member of the Los Santos Grove Street gang. Upon returning to Los Santos for his mother’s funeral, CJ finds himself being pulled back into the gang life as he sets out to find his mother’s killer and put Grove Street back on top of the criminal gang hierarchy.

As a big fan of the original games, and having grown up with all three titles, I am very much looking forward to playing these next week. The original games have not aged well so this facelift for them is very much needed! Grand Theft Auto: The Trilogy- Definitive Edition will be available on PC, PS4, PS5, Xbox One, Xbox Series X/S and surprisingly on Switch. It will also be on iOS and Android next year.

The Shin Megami Tensei (Japanese for “Resurrection of the Goddess” roughly) series, developed by Atlus, has a long history of being extremely popular overseas in Japan but has only really caught on here in the west in the last decade or so. The SMT games are known for being really tough and deep JRPGs that are also very system heavy. One of the core staples of the series is the recruitment of demons to fight for the player through verbal negotiation or physical submission. As a result the series has had a very slow adoption here in the west over the course of its lifetime as Nintendo was very strict about Christianity-themed games in the 90s. The simplest way to describe these games is as a very mature version of Pokémon!

Shin Megami Tensei 5 is a Switch exclusive and is already received it’s first near perfect review from Famitsu! As someone who is currently playing Persona 5 Royal for the first time ( a game that came out last year but that is made by the same developer and has a similar universe as SMT5) I am very excited and eager to give this entry a try!

Last but not least is the release of Pokémon: Brilliant Diamond and Shining Pearl! These games are complete top-to-bottom remakes of the 2006 DS games, Pokémon Diamond and Pearl. These are the latest remakes in a long line of remakes of the classic Pokémon games starting all the way back to Pokémon Fire Red / Leaf Green. Developed by ILCA (GameFreak handed off development to focus on Pokémon Legends Arceus), the games are set to bring back some fan favorite features such as Pokémon that follow you in the overworld, the Union room, and the Underground.

Pokémon BD/SP will take players back to the Sinnoh region where they can start off on their Pokémon journey as usual with Chimchar, Piplup, or Turtwig. Along the way the player will aim for reaching the Pokémon League and dealing with meddlesome Team Galactic who wants to reveal the path for the god-like Pokémon Dialga and Palkia. Heralded by many as “Baby’s first RPG”, the mainline Pokémon games are highly addictive and easy to pick up. I am very much looking forward to catching them all once again.

To no one’s surprise, the game is a Switch exclusive!

This month is jam-packed with new videogames, and that’s considering we didn’t even mention Jurassic Park Evolution 2 or Battlefield 2042! Plus we have the biggest gamer holiday of all, Black Friday at the end of the month. All this should ensure that there will be plenty of gift-giving options this winter! Are you excited about a particular game coming out soon? Then sound off in the comment section and I’ll read it. Enjoyed this piece or a fan of gaming content in general and other geeky stuff? then be sure t subscribe to GeekNewsNow and check out our socials and Youtube channel. Stay geeky!

In this article:Call of Duty, Forza, pokemon, PS5, Switch, Xbox