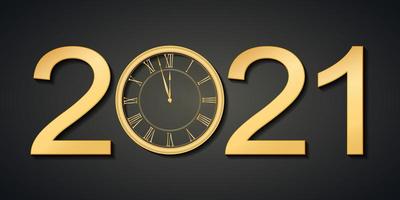 Geek News Now is still staying strong, folks! And, apparently, so are the films this year. There are a vast amount of movies and shows that are soon to air or have already. No need to worry, though, because GNN’s got you covered. Today, we’ll be going over some of 2021’s best films, and those that are soon set to appear. With 2022 around the corner, let’s go over some films that left audience’s in awe and fascination.

It’s really no surprise that the first film on the list is none other than Dune. Theatrically released October 22nd, the film is adapted from Frank Herbert’s 1965 novel of the same name. After Paramount Pictures failed their attempt to produce it, Legendary acquired the rights to the film back in 2017. As a result, only half the novel had been covered by Legendary.

The only way the film received a second part, is if the first had major success. And, it did just that! We at Geek News Now had done a little digging, and found that Dune was well received by critics for its visuals, scope, and ambition. In addition to this, the film had grossed a whopping $293 million, worldwide. If that weren’t enough, film aggregator Rotten Tomatoes gave the film an 83%, followed by a 90% audience score.

Following this success, a sequel covering the second half of the novel is set for release October 2023. Here’s hoping the sequel does well, if not better than, its successor.

Theatrically released into theatres on July 9th, Marvel’s Black Widow (2021), in my opinion, told a rather okay story. Sure, it covered Natasha’s past, her family, and some dark secrets lurking in the shadows. However, it felt as though this had been a more or less cliché. Natasha returning to her roots after her life as an Avenger were basically over, did well in execution. Secondly, the main plot was naturally out there, as expected of a Marvel film.

Our friends over at Rotten Tomatoes, had apparently agreed. RT gave the film a 79% score, but audiences had given it a whopping 91% for its incredible character development. All sounded good for Black Widow, as far as release. Unfortunately, Natasha’s actress, Scarlett Johansen, had been left with a foul mood, and filed a lawsuit against Disney.

According to an article at bbc.com, Scarlett and Disney previously agreed for Black Widow to be a theatrical release. However, there would be a full 90-day window before releasing on Disney+. Unfortunately, due to the pandemic still occurring, Disney didn’t have that full-on option, and therefore released it in both theatres and their streaming service. While she did in fact state her case, it held no merit given the circumstances during the time. Thankfully, fans can rest easy, as the lawsuit was quickly settled between the actress and corporate giant.

Venom- Let There Be Carnage, Indeed;

Oh, boy! This one on our Geek News Now list certainly left quite the impact. Venom: Let There Be Carnage (2021) left audiences not only embracing the world of Venom, but were quite impressed by the introduction of Carnage, himself.

If that weren’t enough, the end credits scene made me feel as though it were a Marvel film the whole time. The scene in question, of course, involved Eddie and Venom teleporting from their world straight to the MCU. That’s right, folks! Not only does this confirm the Marvel Multiverse, but we just might even see Venom in No Way Home, this December. With how appetizing Venom saw Tom Holland’s Peter Parker, there’s no telling just how these two will meet and interact with each other given time.

On the other hand, I felt that the rating for the film could’ve been a little higher. Venom 2 didn’t exactly scream PG-13, with just how much actual gore and violence had been involved with the film. I mean, Carnage actual did things that even Deadpool would considered a little R-rated. However, considering that Venom would be set for the MCU, it’s slightly understandable why the film is what it is.

All in all, we here at Geek News Now can only hope Venom can keep his appetite under control. I’m pretty sure the last thing Marvel fans would want is a showdown leading to Peter Parker’s death. Especially given the fact more familiar faces will be making their into No Way Home.

Speaking of the friendly neighborhood web slinger, let’s talk Tom Holland’s upcoming Spider-Man film. This film had already caught our attention over at Geek News Now, previously. However, with the theatrical release soon to come, we feel it’s necessary to dive right in.

Taking place after Spider-Man: Far From Home (2019), we find Peter Parker attempting to undo Mysterio exposing his secret identity. The official trailer launched on August 23rd, giving us an exciting debut of not only the Green Goblin, but also Sam Raimi’s Otto Octavius. Followed by the fact that Steven Strange told Peter they just messed with the fabric of reality.

This, as far we at Geek News Now is concerned of, indicates that all, if not many, of Peter Parker’s enemies will derive from alternate realities. And, since we were given that Venom 2 end credit scene, things involving the MCU are about to get quite exhilarating. Although not much was shown, it’s quite clear that Spider-Man: No Way Home could be the first Marvel film to tackle the Multiverse. Only time can tell, and I personally can’t wait to see what our friendly neighborhood webslinger has in store for us, this year.

And, that about covers some of the best films of 2021. If you have an opinion on any film that could top these on the list, then be sure to leave a comment down below. Also, be sure to visit our Facebook page, and say hello. We’re always keeping our eyes and ears peeled for any insight from our fellow geeks.