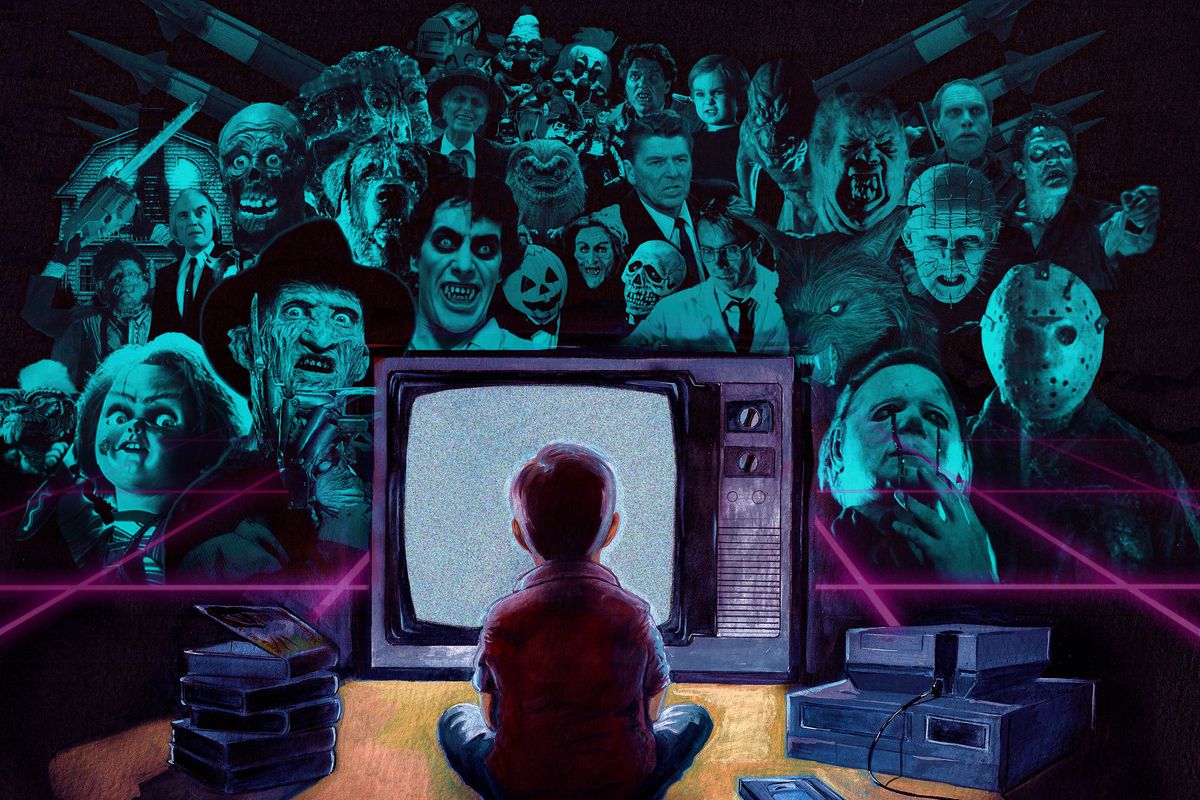 October spookiness was afoot at the 2021 Bangor Comic & Toy Con in the form of a live Dungeons & Dragons (D&D) game! I watched on as players battled and snarked their way toward accomplishing their mission in the most 80s way possible; and it was a great time!

Held on Friday, October 1st the group “Some Adventuring Company” — spun off from Bangor Mall’s “Some Theatre Company” location — put on a late 1980s-style horror movie themed campaign. During this campaign, Dungeon Master (DM) Zack Adams and his players laid out a scenario where each player was a teenager endowed with special powers and tasked with clearing the decrepit “Bachman Manor” in Bangor, Maine… The action and adventure proved often hilarious!

Fighting monsters like out of the Universal Classic movies — Creature From the Black Lagoon, a werewolf, a mummy, Frankenstein’s monster, and even Dracula — the players managed to just survive each encounter and make the audience chuckle! Player Jake Sherburne made like the movie The Monster Squad (1987) and, rolling a natural twenty, kicked the werewolf “in the nards”; player Becky Adams successfully charmed Frankenstein’s monster and the brute was under her command for some time.

Many a 1980s reference was made in the process right down to player Becky’s neon-vibrant outfit along with a Madonna-style glove or two, DM Zack’s Freddy Krueger sweater, and player Logan Bard’s sunglasses in the dark!

Things seem calm before the storm as the adventurers tread onward! Picture credit to Zack Adams

Though what I came for, which I’ve often watched such games as the Acquisitions, Inc. shows for, was the banter between players and the DM! Player Logan Bard earned both ire and laughter from the audience as he proceeded to literally test the dangerous waters found early on in the campaign by tossing in fellow player Emma Elz Hammond; not once, but *twice*! Becky Adams’ character managed to season the proceedings with her occasional bursts of the “power of vicious mockery” on other players while snarking 1980s-style at fellow player Jake Sherburne.

In the end, player Quinn Bard saved the day by rolling a natural twenty and staking Dracula through the heart! Considering only a twenty seemed capable of doing the job, I was sitting on edge in hope of seeing this feat accomplished and metaphorically clutched my pearls when the first attempt failed.

“It’s my first time actually seeing D&D performed live in front of a live audience and seeing what exactly goes into it.” said audience member Clifton Moser. “I’ve never actually done D&D but I’m interested in it and it was a good intro.”

“BCTC is a con that I’ve enjoyed since the first year.” said DM Zack Adams. “They have always been open to having more than just the normal con fare, which is how we got to put on this show for everyone.”

Setting the mood with the lighting! Things are about to get creepy in the game! Picture credit to Zack Adams

Adams’ favorite moments were two: first was getting the audience to sing along with player and wife Becky Adams’ bardic inspiration rendition of the theme to The Golden Girls (1985-1992); the second was the crowd’s reaction to his Freddy Krueger claws tapping in view before he was introduced to them, which made him feel like a real horror icon stepping on stage.

I had a lot of fun watching this live D&D game! It was never boring and I even took home a coin of inspiration which DM Adams tossed out to random audience members who spoke up at various points during the campaign. I’ve not often seen an 1980s horror setting in Maine — let alone in Bangor — used in an RPG campaign and this one worked beautifully! The players and DM — even the audience at times — made me laugh and feel glad I checked this show out. I know if Some Adventuring Company does another show at the next Bangor Comic & Toy con, I’ll happily attend for more shenanigans!

Think you’d catch a game put on by Some Adventuring Company? Comment below! For more about the Bangor Comic & Toy Con, check this Geek News Now article about it! Also, subscribe to Geek News Now and give it a like on its Facebook page!

“What’s your favorite scary movie?” A line that literally saved scary movies 25 years ago has brought forth one of the best slasher movie...

Jimmie’s Top 5 Horror Movies You May Not Have Seen…BUT YOU SHOULD WATCH THEM TONIGHT!

Ahoy geeks, Jimmie here on this wonderful (and slightly different) Halloween evening, gearing up for fun with the family despite covid. Halloween is a...