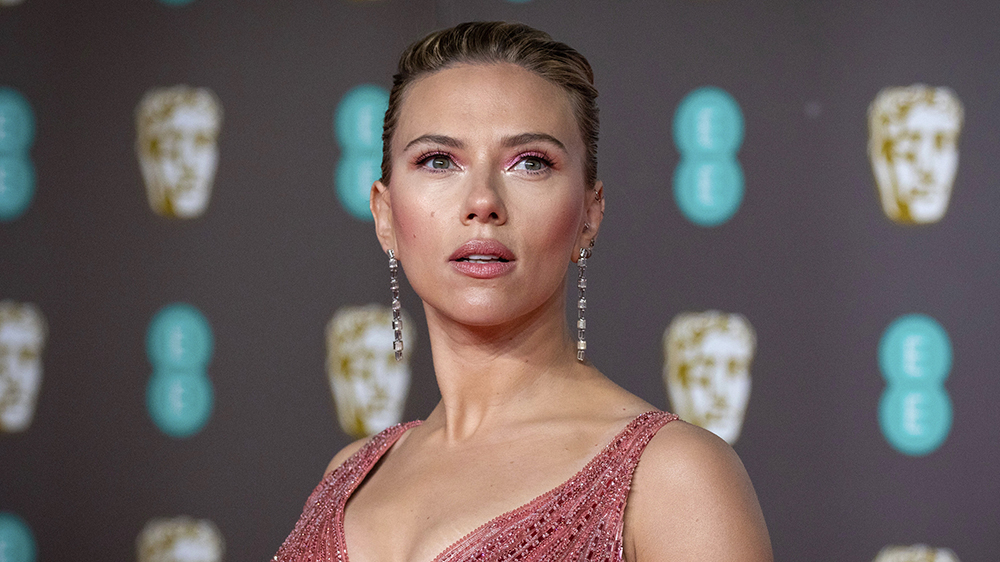 FILE - Scarlett Johansson arrives at the Bafta Film Awards, in central London, Feb. 2 2020. Johansson is suing the Walt Disney Co. over the company’s streaming release of "Black Widow," which she said breached her contract and deprived her of potential earnings. The “Black Widow” star and executive producer filed a suit Thursday, July 29, 2021, in the Los Angeles Superior Court that said her contract guaranteed an exclusive theatrical release. (Photo by Vianney Le Caer/Invision/AP, File)

The legal feud between Scarlett Johansson  and Disney has been settled out of court. Johansson’s lawsuit accused the studio of sabotaging the theatrical release of Black Widow to prop up Disney Plus.

“I am happy to have resolved our differences with Disney,” Johansson said in a statement on Thursday. “I’m incredibly proud of the work we’ve done together over the years and have greatly enjoyed my creative relationship with the team. I look forward to continuing our collaboration in years to come.”

Alan Bergman, the chairman of Disney Studios Content, said he, too, was pleased to have resolved the dispute. “We appreciate her (Scarlett Johansson) contributions to the Marvel Cinematic Universe and look forward to working together on a number of upcoming projects, including Disney’s Tower of Terror.” said Bergman.

Black Widow was scheduled to release in May of 2020, however due to the COVID pandemic the release date was pushed back several times. It was finally released in July of 2021. The release was a hybrid though which means it hit the theaters at the same time that it premiered on Disney Plus. This is a method several studios are using to release their films. Warner Bros., which released its entire 2021 slate with the same hybrid model, paid out handsome sums to compensate its stars for lost backend revenue.

Johansson had accused Disney of reneging on its promise to do a traditional theatrical release for Black Widow, in favor of a simultaneous release on Disney Plus. The suit alleged that Johansson lost out on tens of millions of dollars in box office bonuses.Terms of the settlement were not disclosed. Johansson had sought a $50 million payout from the studio. Disney had fired back in unusually personal terms at the A-list star, accusing her of displaying “callous disregard for the horrific and prolonged global effects of the COVID-19 pandemic.” The studio also disclosed that Johansson had been paid $20 million for her work on the project.

This lawsuit will most likely change the way Hollywood is treating their actors. Since the global pandemic continues to rage on, more and more people are wanting to stay at home to watch their movies. This could mean that a clause about streaming rights paid to the actors could be included in their contracts moving forward. Shang Chi and the Legend of the Ten Rings, Disney’s latest Marvel offering released to theaters and will debut on Disney Plus on November 12th.