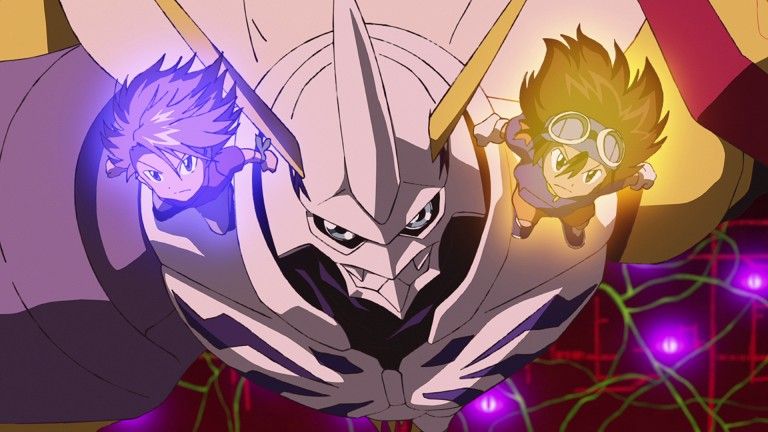 Digimon Adventure: 2020 finally comes to an end. The finale for the series aired on Crunchyroll, September 26th. Drawing its conclusion, it ended with the real world and the Digital World connecting. With the finale of this new series, let’s talk why this had led to, in my opinion, the perfect ending for this amazing reboot.

Take note, this article will contain spoilers for those who haven’t watched the series as a whole.

First, let’s discuss the main plot of the series. Taichi Yagami prepares for a trip to summer camp, alongside Matt, Izzy, Joe, Mimi, and Sora. Suddenly, Tai finds himself in Cyberspace, where he meets Agumon. Together, the pair learn of a plot to destroy the real world. Along the way, the other children and their partners meet one another, and begin their journey into the Digital World.

During their journey, each child not only learns how to adapt to each situation presented, but also learns more of what they’re truly capable of. An example of this would be what I had mentioned in a prior article. In it, I described Izzy’s development as a character. He relied so heavily on his laptop to provide him the answers he needed, that it wasn’t until Kabuterimon talked him into using his experience and prior knowledge on the situation to aid him and his friends. Therefore, this allowed Kabuterimon to Digivolve into MegaKabuterimon.

This not only showed us, the viewers, that each child will face a difficult obstacle, but also learn to be themselves. Moving on to the next part of our discussion, let’s talk villains.

If you’re familiar with the original Digimon Adventure, you’ll remember The Dark Masters. This group consisted of MetalSeadramon, Puppetmon, Machinedramon, and Piedmon. Each main villain had a role to serve, and even became an obstacle for each of the Digidestined. However, these were mere soldiers for the true mastermind, Apocolymon. Apocolymon was the manifestation of all the hatred of deceased Digimon, who couldn’t excel in the Digital World.

With the destruction imminent, the Digidestined banned together, and defeated Apocolymon, saving both worlds. Although, in my honest opinion, this seemed far too cliché. Good guys vs bad guys; good guys winning; happy ending.

Each villain presented not only managed to back the children into a tight corner, but also proved to be a near impossible enemy to defeat. The children had to actually try to defeat them by running and striking multiple times throughout the battle. This not only led to them nearly dying, but also losing hope.

All in all, these new enemies were no joke.

Now for the best part: the Soundtrack. Not only did we get new Digivolutions throughout the series, but each form included a new theme to accompany it. Instead of the constant theme of Michihiko Ohta’s Brave Heart from the original, we were instead given a more diverse soundtrack.

For each of the Digivolution processes, all songs were created and performed by Takayoshi Tanimoto. These included Be The Winners (Champion), X-Treme Fight (Ultimate), and Break The Chain (Mega). In my opinion, this was a smart choice, as it would add diversity to the show.

Tanimoto not only composed music for Digimon 2020, but also for other shows. This included the openings for Dragon Ball Z Kai, Zach Bell, and Beast Saga.

Moving onward to our final piece of discussion, let’s talk about the newest part of Digimon 2020; rule-breaking Digivolutions.

Breaking ALL The Conditions:

Matt and Garurumon (Left) and Tai and Greymon (Right) from Digimon 2020. Image provided by cbr.com

Digivolution, a process where these creatures evolve in order to survive specific conditions, is kind of broken in this series. Many examples include when Palmon fights Etemon and Volcamon for title of Digimon King, and Patamon defends T.K. and Sora from a group of Fangmon. To elaborate on this, when Palmon Digivolves into Ponchomon, this had been an Armor Digivolution without the Digiegg. The same can be said for Patamon when it simply Digivolved into Pegasusmon.

These evolutions required both the Digiegg of Sincerity and Hope, respectively. This could only mean that maybe these evolutions don’t really require their respective eggs, rather a unique situation. Moving on, the show presented even more forms for MetalGreymon and WereGarurumon. But, I won’t be listing all the new evolutions here. This is to just give the general idea of just how much effort and change has been put into the show.

Digimon: The Finale That Sparked Change:

The final battle of Digimon Adventure: 2020 was indeed an amazing ending. Tai and Matt, alongside Omnimon, infiltrated the inside of Negamon. Omnimon had even taken on a new form, combining the strengths of CresGarurumon and BlitzGreymon, Agumon and Gabumon’s new mega forms introduced in the show. This formed Omnimon Alter-S. Using this new form not only defeated Negamon, but did so as an act of mercy.

It was later revealed that Negamon not only was reborn, but had appeared to no longer be a threat to our heroes. Afterward, the children all returned home, but this time being accompanied by their Digimon partners in secret. This, by far, had been a truly epic ending to the new series, as not only did it shine light on new Digimon never before introduced, but also told a much better story than the original.

Did you watch the show before reading this? Like it, love it, or want to talk about it? Then, be sure to leave a comment below, describing your opinion on this reboot. Also, be sure to visit our Facebook page, and say hello. And, as always, Stay Geeky!

In this article:2020, Digimon, Finale

After its 11 year run, the Attack On Titan Manga has finally come to a close on April 9th, 2021. This sparks the conclusion...