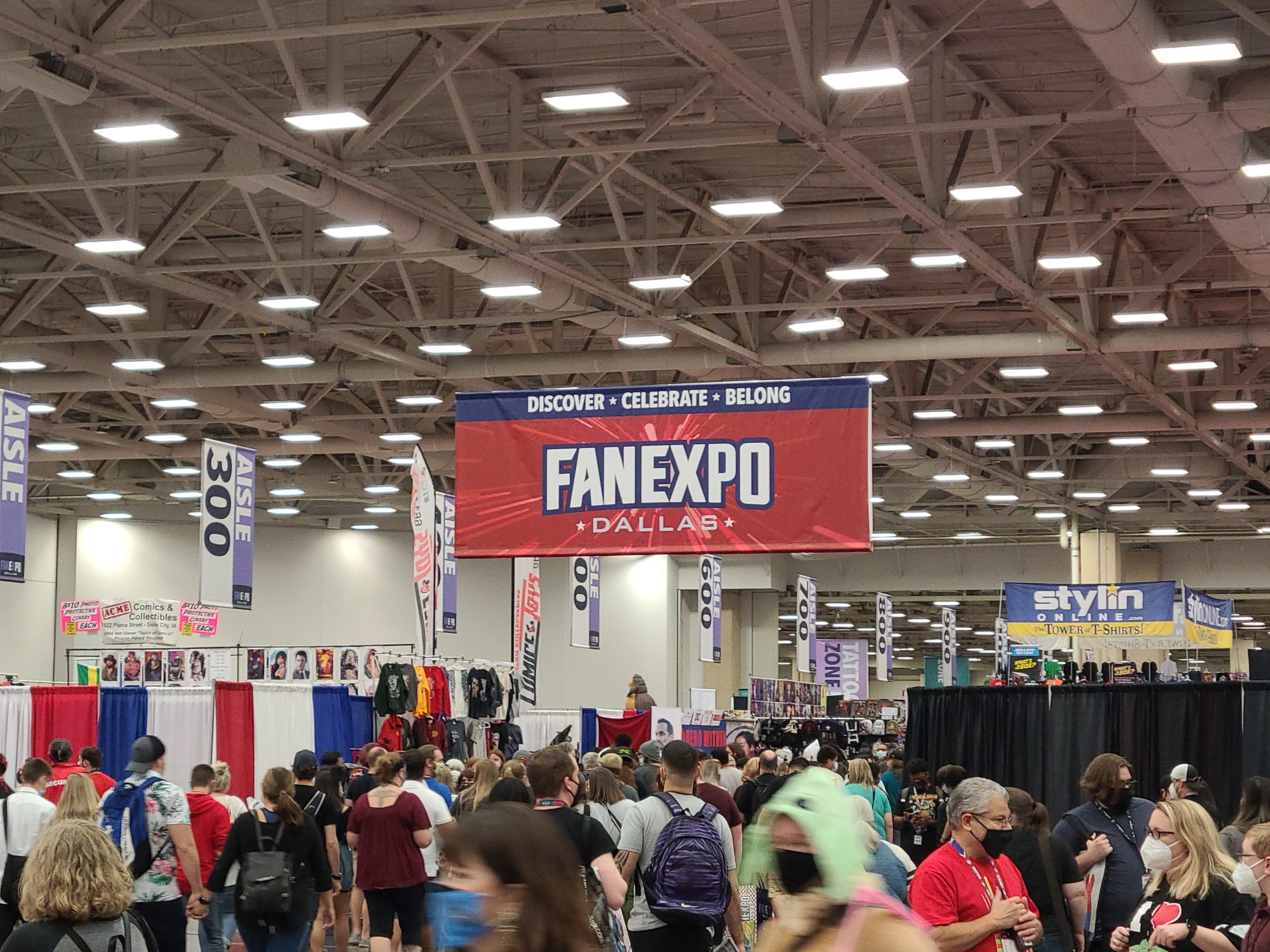 The air was electric at the Fan Expo Dallas. This long awaited event took place September 17-19 and, due to the global pandemic, this was the first time it had happened since May of 2019. The safety protocols were in place though and the event carried on.

Guests were required to wear masks everyone was compliant and I personally did not see and infractions or people needing to be corrected. The hand sanitizing stations were placed throughout the venue and many of the booths had sanitizer available. Basically everyone was doing what they needed to be doing to have the best time possible and be as safe as possible.

The celebrity guests were out in full swing to the event as well and were not against going to panels and doing some audience Q&A’s. The celebrity guest list included actors such as William Shatner (Star Trek), Robert Patrick (Terminator 2) and Carl Weathers (The Mandalorian). There were voice actors as well and with names such as Billy West (Futurama), Kevin Conroy (Batman the Animated Series) and Charles Martinet (Super Mario Bros. games) there was a little something for every one.

The comic creators were there as well signing books and chatting with the fans. Kerry Gammill (Superman), Joe Rubinstein (Infinity Gauntlet) and Sam de la Rosa (Venom: Lethal Protector) led the pack as well as many up and coming artists and comic creators. There were, of course, independent creators and artists there selling their books and prints as well.

There were some truly deserving thing that I noticed at Fan Expo Dallas and  I’d like to honor them with awards I completely made up on the spot.

While we did not get to see all of the Q&A panels the ones we did get to see were amazing. The best though would have to go to the Q&A with Billy West. He is an amazing vocal actor and lent his voice to several of the characters in the show Futurama. He did all of the voices at some point during the short hour and wove them into his answers. He was extremely funny and very interactive with the audience.

2. The Brightest Ray of Sunshine.

Charles Martinet, hands down. There is just something about him. He seems to light up the room when he entered then he went to the stage and did all our favorite one liners from Mario, Luigi, Wario and Waluigi. His personality and demeanor brightened the room and he seemed to make everyone happier with every word he spoke. The questions came from people that had grown up on Mario and those that were just now discovering him. He fully engaged each and every person that asked him a question no matter the age. His on going message was ” The happier you are the more joy you put into your work”.

This will be the only negative award that goes out. The entire weekend was so amazing that there were few negatives but the glaring one was the line for food. This mainly applied to Saturday since that was the largest crowd. There were only four different food vendors and seven stands in the dining area. Two hot dog stands, two barbecue stands, two pizza stands and a Chick-Fil-A. I’m not sure if they weren’t expecting such a crowd or if not enough vendors wanted to participate but regardless we waited around 45 minutes for lunch on Saturday. Friday and Sunday were much better days since the crowds were not as thick. On a side note and true to form the Chick-Fil-A stand, even though not a restaurant, was closed on Sunday.

This was a tough one for me. There were so many great booths with contests, prizes and games that it was hard to pick just one. The one I did pick however was the Padawan Training put on by the local Saber Guild. They offered lightsaber training free of charge to children. They taught the stance and a choreographed lightsaber duel. The adult demand though was so high that they added classes to the line up and we were able to do a live stream to our Facebook page for our training.

5. Best Use of Cosplay

The cosplay and costumes were second to none. I saw a couple dressed as a Stormtrooper and a Jawa and they were pushing their child around in a stroller and that to me was great. The one that really grabbed my attention and gets the award was Fry and Lela sitting front and center for the Billy West Q&A. They had done up their hair just right and even had the fossilized remains of Seymour, Fry’s dog. All in all they made for a great addition to the Billy West panel.

It was an awesome weekend and it was so good getting back to the cons and adding some sort of normalcy back to our lives. The world is still affected by COVID and it was great to see all the people out and letting their geek flag fly for the weekend. The producers of Fan Expo Dallas put on a truly memorable show and I look forward to many more to come from them. This was not the first con Geek News Now (GNN)  has covered since the pandemic and it will not be the last. The GNN team will bring you coverage from every event we attend.