"They Don't Get It." Star Wars Editor Marcia Lucas Calls Out Makers of Sequel Trilogy! 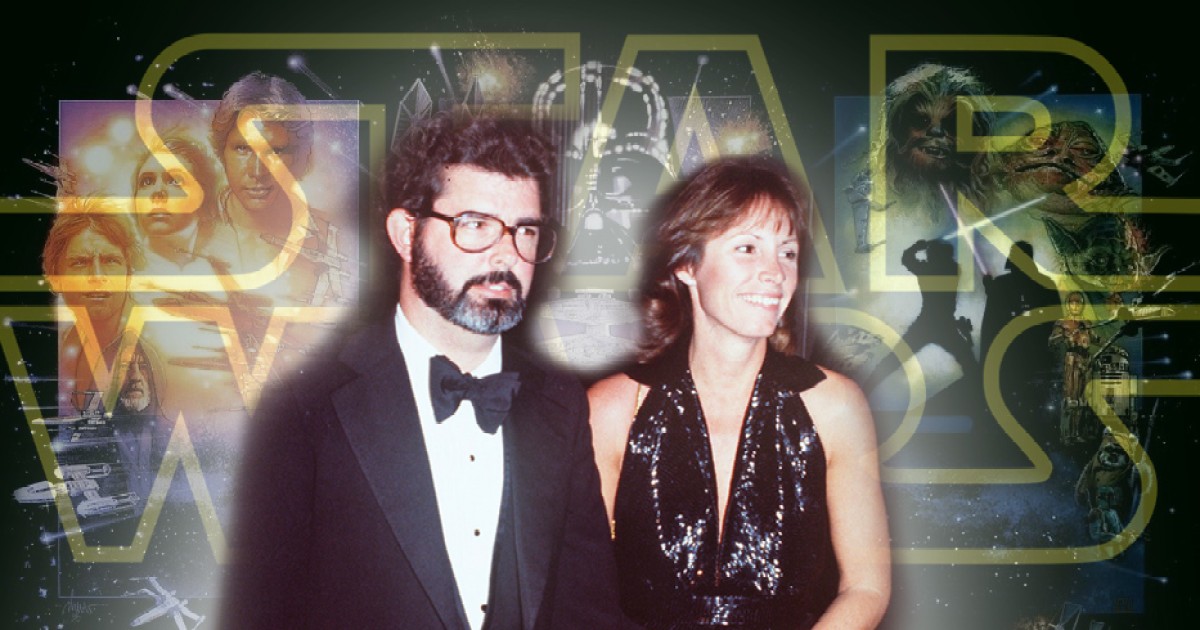 Marcia Lucas — film editor who worked on the Star Wars Original Trilogy and ex-wife of creator George Lucas himself — had words to say about the Sequel Trilogy. In a nutshell, she said the people who made these movies “don’t get it” and I have to say… I agree.

While many fans are painting it as bitter words of a has-been, the words she used were entirely respectful of Lucasfilm head Kathleen Kennedy.

“I like Kathleen.” said Lucas. “I always liked her. She was full of beans. She was really smart and really bright. Really wonderful woman.”

Lucas then goes on to state her problem with the Sequel Trilogy under Kennedy and J.J. Abrams’ directions: “Now that she’s running Lucasfilm and making movies, it seems to me that Kathy Kennedy and J.J. Abrams don’t have a clue about ‘Star Wars.’ They don’t get it. And J.J. Abrams is writing these stories — when I saw that movie where they kill Han Solo, I was furious. I was furious when they killed Han Solo. Absolutely, positively there was no rhyme or reason to it. I thought, ‘You don’t get the Jedi story. You don’t get the magic of ‘Star Wars.’ You’re getting rid of Han Solo?'”

She concludes: “And they’re spitting out movies every year. And they think it’s important to appeal to a woman’s audience, so now their main character is this female, who’s supposed to have Jedi powers, but we don’t know how she got Jedi powers, or who she is. It sucks. The storylines are terrible. Just terrible. Awful.”

Tweet from user @jediscum83 which shows Marcia Lucas’ words which have earned a little ire with some Star Wars fans! Picture credit to Twitter

These words came from an interview for J.W. Rinzler’s book “Howard Kazanjian: A Producer’s Life” — published September 14th, 2021 — which examines Kazanjian’s life; including his time on the Star Wars franchise.

While I do think it’s good to aim for more people in the audience than the white hetero males, Marcia Lucas isn’t suggesting female leads are bad… What I believe she is saying about the development of Rey as character and Jedi: it’s non-existent.

I was entirely willing to grant that as a capable and highly adaptable survivor in The Force Awakens (2015) it made perfect sense that when she got a metaphysical taste of the Force as Kylo Ren probed her mind she’d adapt to it from there; at first, some minor force feats like the mind trick — which she still struggled to accomplish. But when she used the Force lifting huge boulders in The Last Jedi (2017) — something Luke Skywalker had to have time and training to accomplish — I knew the point was to just give Rey all the capabilities without focus on the lessons/growth of a Jedi or a character.

If you look at the Sequel Trilogy without a “Star Wars can do no wrong” bias, it looks hap-hazard. No growth for anyone; not even Finn who was so into self-preservation for two movies and then is a fighter for the cause in the final act of The Last Jedi for no explained reason other than the possibility that it was Rey-related.

Marcia Lucas (left) holding her Academy Award for “A New Hope” in 1978! Picture credit to cinemadailyus

Lucas won the Oscar for film editing in 1977 with A New Hope, and then for Return of the Jedi (1983); and she was an uncredited editor on The Empire Strikes Back (1980). Her other editing credits include Taxi Driver (1976) for which she earned an BAFTA nod, and American Graffiti (1973) which nabbed her an Oscar nomination.

Maybe my opinion of the Sequel Trilogy coincides with Marcia Lucas’, but I think her attention to the work on the Original Trilogy — to the pacing of the world George made — is a heck of a credential. She significantly tightened the pace of the final battle in A New Hope; she knows storytelling in her own right… If she posits the Sequel Trilogy is lacking — that the people who ran the show are pumping movie after movie and don’t get Star Wars — we might do well to listen and consider the words of an expert.

Agree or disagree with Marcia Lucas’ opinion? Comment below! Read the article from Variety! Check the Geek News Now piece about “Mandalorian Madness” taking over Star Wars! Also, subscribe to Geek News Now and give it a like on its Facebook page!