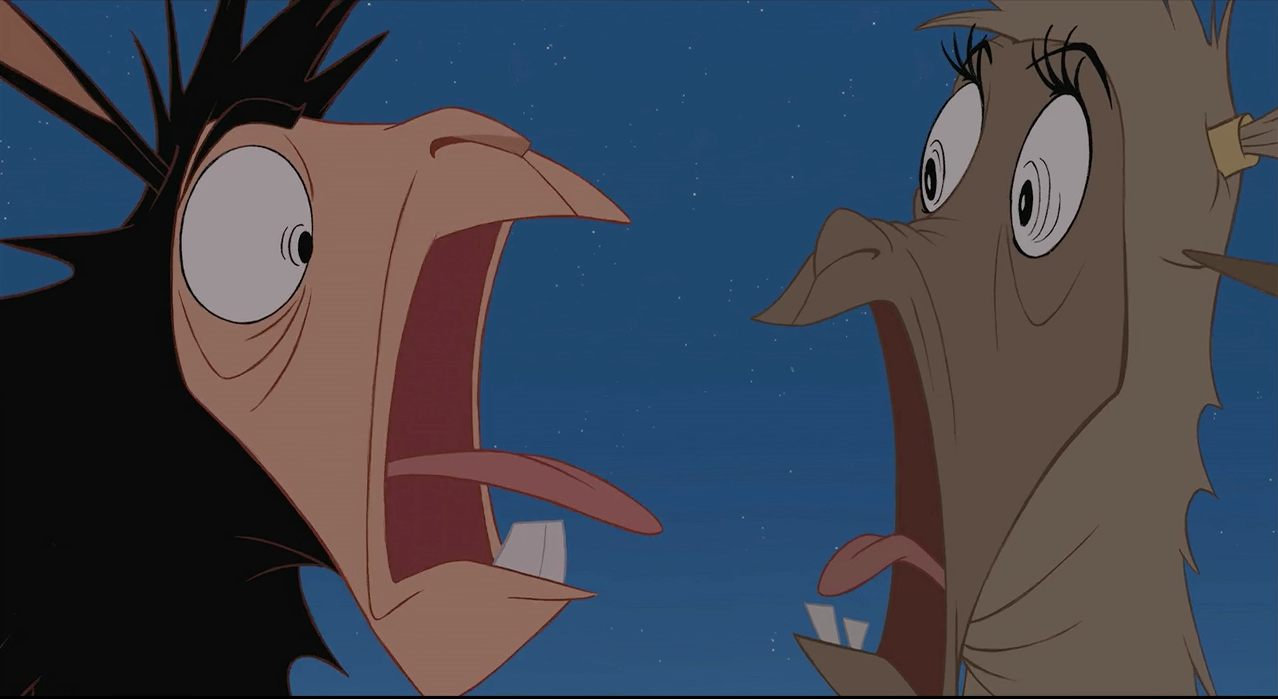 Like any good story, the Star Wars tales left many people in total awe and amazed wonder after something major happened; moments which made viewers’ jaws hit the floor… With thought to the movies, the shows, and even the video games, I present my Top Five Jaw-Dropping Star Wars Moments!

Chewie’s son Lumpy (right) watches a hologram of a space circus and its ringleader (left)! Picture credit to agonybooth.com

5. The Whole of The Star Wars Holiday Special

Let’s face it, practically every Star Wars fan who saw this 1978 special was left with their jaw dropped to the floor… Not in a good way, either. No, this show makes every viewer ask “why!?” as they watch the total awkwardness: the adult programing ASMR-style hologram Itchy (Chewie’s dad) watches, Harvey Korman’s how-to videos on topics such as cooking bantha stew (“Stir! Whip! Stir! Whip! Whip-whip-STIR!!”) or assembling a communications array, and the entire cantina scene complete with a song number from the legendary Bea Arthur.

Darth Revan about to reveal to us one heck of a shock! Picture credit to whatculture.com

I doubt anyone saw this coming in the XBox game “Star Wars: Knights of the Old Republic” where it is made clear that you, the central character of this tale, are in fact a mentally reprogrammed version of Sith Lord Darth Revan!

This was a potentially game-changing truth bomb on par with Darth Vader telling Luke the fact of the young Jedi’s true parentage. It was like being told that all along, you were the villain of the story; it just wasn’t done!

Darth Maul in combat in the first trailer for Star Wars Episode I: The Phantom Menace! Picture credit to YouTube (via Star Wars channel)

3. Release of the Episode I Trailer

It’s the late 90s… The Star Wars Original Trilogy is about 15 years past its last chapter in theaters… Fans have feasted on the 1997 Special Edition re-releases of said trilogy, but are hungry for more… Then came a trailer; the movie — Star Wars: Episode I – The Phantom Menace (1999).

And fans lost their minds as they howled like a pack of Wookiees in excitement!

It was a time of all-new adventures in a galaxy far, far away and we were all invited to see how a saga begins. New (and old) characters, new ships, new creatures… There was a lot to celebrate as the teaser trailer showed us the then untold story of the young Anakin Skywalker who was destined to one day become the evil Darth Vader. We didn’t know who was who for the most part unless you kept up on news through magazine “Star Wars Insider” and we all had many questions after seeing this trailer; top-most being “what happens next!?”

Luke Skywalker returned to screens in an episode of The Mandalorian (2019-present)! Picture credit to screenrant.com

2. Luke’s Cameo in The Mandalorian

Geek News Now’s own David Schirtzinger sums up perfectly why this moment deserves to make the list:

“Not to be that guy… but I hadn’t seen Luke since the end of [Return of the Jedi]. The Luke I was given in the sequels… wasn’t Luke.” says Schirtzinger; he then spoke of the Luke cameo version. “That guy was. It was like a homecoming. I was on my feet shouting and jumping up and down when that X-Wing parked. I just knew it was Skywalker. Then to see him in full power like we’ve never seen before? Demonstrating his Force control and lightsaber wielding against a foe we had been shown to be nearly unstoppable? Truly a breathtaking moment for an old fan like me.”

Perhaps the most memorable jaw-dropper moment in all of Star Wars! Picture credit to starwars.com

These very lines of dialogue made first-time viewers’ jaws drop and ask “what the heck did he just say!?” We were taken by utter surprise when Vader said to Luke that not only had the boy’s mentor — Obi-Wan Kenobi — not told him the truth about his father’s fate, but that he, an evil Sith Lord for The Empire, was in fact Luke’s dad!

Surely, we thought, this couldn’t be true! It’s just not possible a good guy’s father could be the main bad guy in the story! But it was true; fans waited three long years to confirm it in Star Wars: Episode VI – Return of the Jedi (1983) and many of us later fans had only to wait between time enough to pop the next movie into the media player of the time.

The whole of Star Wars gave us amazing moments to remember and these were my top five most jaw-dropping ones. There are others, but I make mine out of personal experience and keeping an eye on the reactions of the Star Wars fandom over the years. May Star Wars continue to keep our senses of wonder and surprise alive in the years to come!

Agree with these top five moments? Got any others to share? Comment below! Check out the Geek News Now article on why Adywan’s “Revisited” edits of the original Star Wars trilogy are the special edition fans deserve! Also, subscribe to Geek News Now and give it a like on its Facebook page!