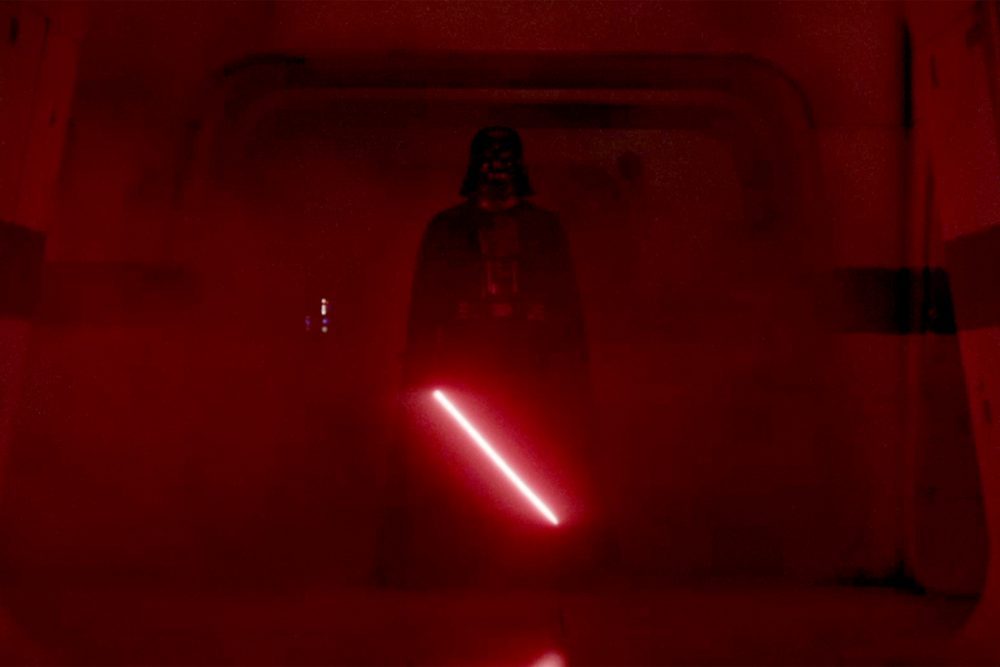 Star Wars is no stranger to taking advantage of dramatic moments whenever possible. Just about everyone enjoyed those moments, too, from the Jedi to bounty hunters, pirates, and even the dark lords of the Sith. Drama is just a foundation in the theme. And let’s be honest with ourselves, the fans absolutely love the drama. It makes for good entertainment, and well, it just elevates the scenes.

One of the most infamously dramatic characters to come out of the Star Wars franchise is the one and only Darth Vader. He has moments of dramaticism that are so over the top they can only be considered some of the most iconic. As one of the greatest villains to come out of all cinema, Darth Vader has a lot to live up to, and so these moments only just further push the notion that Darth Vader is not only the most dangerous man in the galaxy but the most fearsome.

Here are the top 5 moments in Star Wars history that Darth Vader has proven himself the most dramatic man in the galaxy:

1. Darth Vader Makes His Cape Flow in the “Wind” By Using the Force.

That’s right. There is no wind in space, so at the end of Rogue One: A Star Wars Story, when the Tantive IV escapes, we see his cape billowing in the wind. Vader is definitely using the Force to make that work. He knows that his men are behind him, and they watched his target escape, so he has to remind them that he is the boss and they don’t want to piss him off.

2. Darth Vader Used the Force to Pilot a TIE Fighter

Darth Vader Flies in On Top of a TIE Fighter

This has to be one of the most iconic scenes to come out of Star Wars Rebels, the animated show that ran from 2014 to 2018. A solid four-season run, the show had introduced some great new characters while picking up on some beloved familiar ones, too. In the episode “Twilight of the Apprentice: Part II” Vader flies into an underground temple, somehow quietly gets out of the TIE fighter while remaining undetected, stands on top of it, and dramatically descends in front of Ezra to make an entrance that he will never forget. There is absolutely no way that didn’t affect Ezra on some psychological level that didn’t stay with him for years. That is something he will never forget.

3. Darth Vader Set Up a Fancy Dinner on Bespin

Darth Vader Waits for the Heroes at the Fully Set Table

The twist in Star Wars: The Empire Strikes Back has to be one of the best in cinema. Lando had crossed Han and helped Vader capture the rebels to lure the one who blew up the Death Star into the Emperor’s hands. But, the twist itself is still not good enough for Vader. He had to ensure that they didn’t suspect a thing. He set up a fancy dinner for them to expect. Which also begs us to ask the question, who set the table? Was it Vader’s stormtroopers? Or was it some Cloud City workers? Either way, someone had to get out some fine china for Vader’s plan to work exactly how he wanted it. He also most likely was the one who made Leia change for their “dinner,” too.

Darth Vader Gives Luke the News of His Lineage

Another one out of The Empire Strikes Back, and another fantastic twist to the story, Darth Vader announced to Luke Skywalker that he is, in fact, his father. What old Ben had told him about his father turned out to be a lie. Vader’s plan to lure Luke to Bespin had worked, but his plan to freeze him like Han didn’t go as smoothly as planned. Luke fought the good fight against Vader, but in the end, he had lost a hand to him. So, after taking his son Luke’s hand, and as Luke desperately held onto the essential edge of Cloud City, Vader felt this would be the best time to let him know that he is his father. And to top it all off, Luke proved to be his son by doing the most dramatic thing he could at the time, letting go and free-falling into the abyss of Cloud City.

5. Darth Vader’s Entrance to Get Back the Death Star Plans Almost Killed Him

Darth Vader Enters the Hallway in Rogue One

The hallway scene from Rogue One: A Star Wars Story is easily one of the best scenes in all of Star Wars. Darth Vader going on such a hardcore rampage is something that any fan would love. Although it’s sad to see the Rebels get cut down the way they do, we get to see just how deadly Vader is. Not only did we see that, but we saw a similar tactic to the one used on Ezra Bridger in Star Wars Rebels. The hallway was pitch black as Vader boarded. All we could hear were the sirens and his respirator. The next thing we know, we see the glow of his red lightsaber as it filled the halls as quickly as it filled the rebels with terror.

But if we analyze that scene, there is the question, why isn’t his chest plate isn’t blinking? The chest plate was on in Star Wars Revenge of the Sith, so unless Vader has given himself a modification that allows him to shut off those lights for stealth purposes, we can safely assume that the Dark Lord had turned off the chest plate entirely. That’s right, Vader had turned off his life support to make his grand entrance.

The Dark Lord of Drama

Darth Vader seemed to be all about the theatrics. Aside from the fact that it makes good entertainment, it also helps to reinforce the notion that Darth Vader is the most dangerous figure in the galaxy. The public probably doesn’t know that Emperor Palpatine is a sith lord; they probably still know him as the same chancellor from the beginning. So, when they see this dark space-wizard goon running around doing all the dirty work in the most dramatic way possible, they can conclude that the Empire and Darth Vader are to be feared. The dramaticism and all that effort send a clear statement to the galaxy.

What are some of your favorite dramatic scenes of Darth Vader? Let us know on our Facebook page! Have you heard about the KOTOR remake? Check out the news here! Don’t forget to head over to our YouTube channel and see what we’ve got to offer there, from live streams to breakdowns that is anything geek!