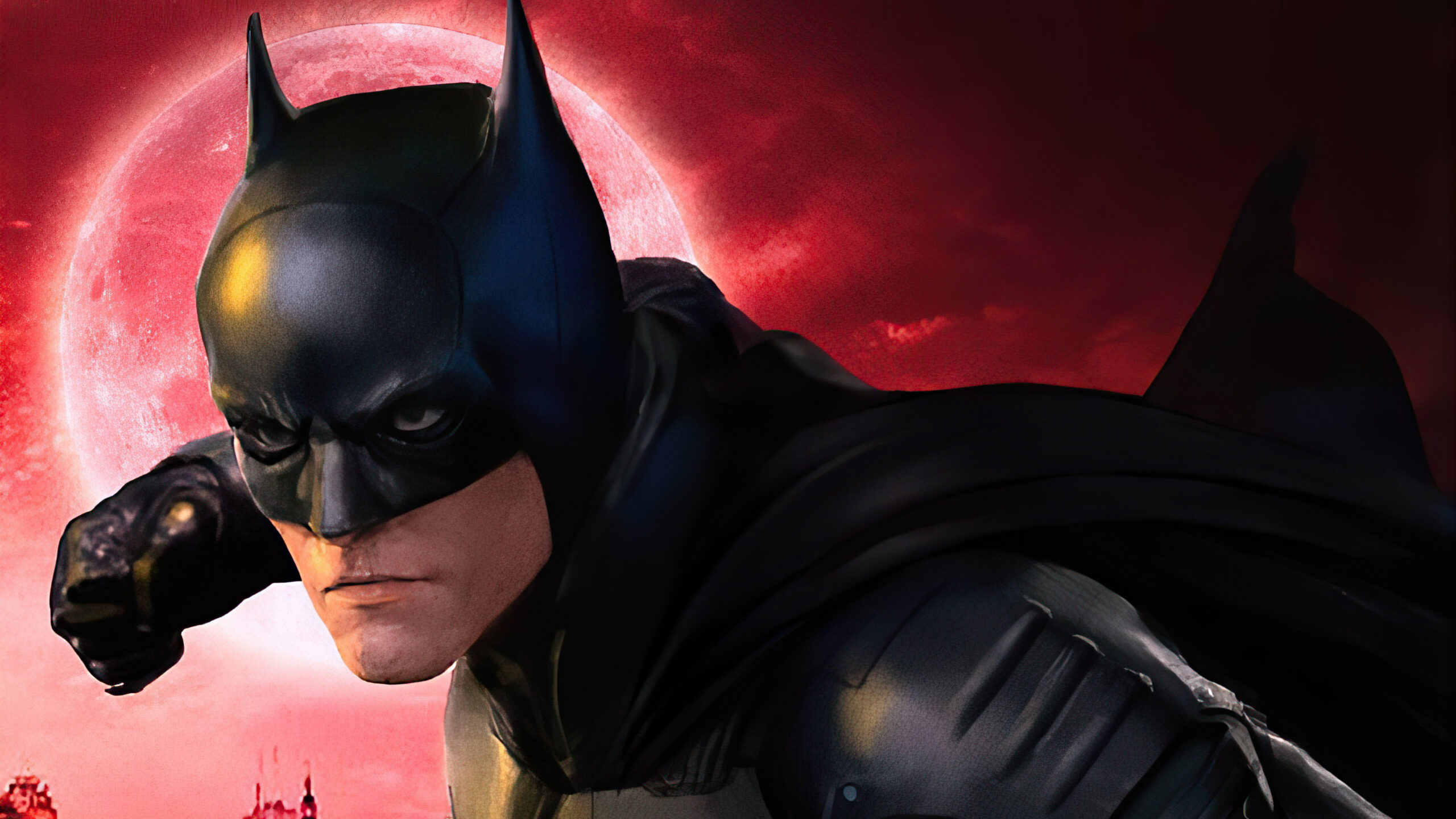 We’re in for a heck of a good time at the movies! After a confirmed August 27th test-screening of director Matt Reeves’ The Batman (2022) at Warner Bros., word pierced the cloud of the internet in a series of tweets — Robin? — and shone a bat-signal of hope for fans of that night-time hero!

“The Batman movie is a horror movie. Very graphic, very dark, very scary. Paul Dano is f*cking crazy, so fucking scary I loved every second.” These are the words of Twitter user @blurayangel who quoted an unnamed friend that he says saw the movie.

In a piece from Movieweb, the author said that this word from @blurayangel’s friend “does seem to stack up with the little that is known about the movie. While the information is still to be seen as speculative, the same user has shared many such updates in the past with reasonable accuracy.”

Could red mean a bloody time ahead for Batman? Picture credit to theverge.com

But that’s just one piece of info; more emerged since the screening! Movieweb said that a string of tweets tell that — as we probably guessed from @blurayangel’s tweet — The Batman unfolds a much darker tale than other Batman movies. Zoe Kravitz is hailed as “the best Catwoman”, and lead star Robert Pattinson is said to play the first cinematic Batman who categorically “does not kill.”

Holy crap, batfans! It’s about time we saw such a version of Batman grace the silver screen. Much as I’ve enjoyed past Batman flicks, there is this bothersome elephant in the room: Batman either causes his enemies’ deaths or leaves them to it… and we’re talking about a character who, while darker/grittier/more violent than, say, Superman, shared one common ethical point with the big blue boy scout: no killing.

Other tidbits of info include that the test version of the movie had the audience engaged throughout; @blurayangel posted a tweet saying the movie’s ending “had everyone SCREAMING, everyone gasped.. like it was a big NO WAY for everyone…”

Batman peering down on someone in Gotham City! Picture credit to geektyrant.com

Bat-freaking-tastic! I hoped The Batman would be a unique, interesting descent into the batcave, as it were. Sounds like it left viewers wanting more. The first (and only) trailer from last year’s DC FanDome left many of us batfans hungry and it’s looking like more is to be presented at DC’s virtual event this year.

The movie reportedly ran three hours; if they plan to shorten it, I really hope they don’t trim much… Because if the reviews so far after seeing a three hour cut are this positive, then the studio should listen to its audience and trust that we will love it! Too many movies nowadays include deleted footage in the trailers only to drop them to the cutting room floor in the final cut and that just makes me want to go all “BAM!”, “THWACK!”, and “POW!” at such an action.

“I’m vengeance!” said Batman to a punk he just knocked down hard. No, Robert Pattinson’s Batman, you’re a beautiful, beautiful sight carrying all our hopes and dreams of what a DC superhero movie can be… Something they can’t seem to do with Superman anymore!

The Riddler readies one of his victims! Picture credit to cinemablend.com

This dark, horror movie style seems befitting of a Batman story; and if this is also going to show the Dark Knight’s legendary detective skills, coupled with the brain-busters left by The Riddler (who I’ve long thought should have a “Jigsaw” characterization), I expect The Batman will not prove “bat-astrophic”!

Excited for The Batman? Comment below! Check out the article from Movieweb! Read the first Geek News Now piece about The Batman here! Also, subscribe to Geek News Now and give it a like on its Facebook page!

In this article:Batman, matt reeves, Robert Pattinson, The Batman, the riddler