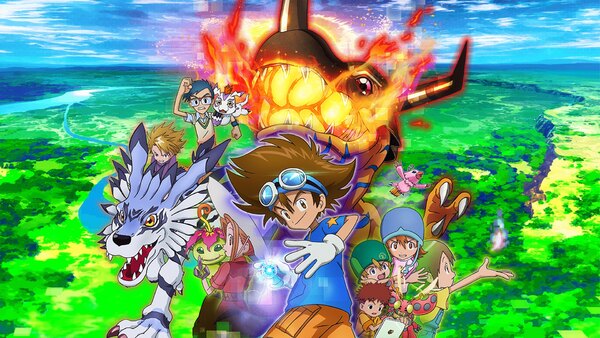 Digimon Adventure 2020, as the name implies, aired on April 5th of last year in Japan. This show is a reboot of the original 1999 series of the same name. The story follows Tai and his friends, as they enter a cyberspace known as the Digital World. After preventing digital disruptions threatening the real world, the children learn that they are part of an ancient prophecy. Before we go any further, let us first break down this series, and how it differs from the original.

As a small heads up, this article will contain spoilers for those who had yet to watch this series.

Digimon, short for Digital Monster, are creatures that live in a real world-inspired landscape known as the Digital World. The series had been based off the virtual pet Digital Monster, a handheld game similar to Tomogachi. Toei Animation produced the original series back in 1999. While the original show shares the same plot, the storyline ran very differently.

During their journey through the Digital World, each child received a specific insignia called Crests. These crests marked each person with a specific ‘trait’, allowing their digital partners to evolve to their next level. As a result, this allowed them to conquer battles, and form a stronger bond with their respective partners.

Although the first series ran for a full year, Digimon garnered a large fanbase. However, the series would constantly be argued as a ripoff of Pokémon, despite the blaring differences between the two. Moving past this, Digital Monsters continued to leave many fans and followers wanting more.

Finally, in the year 2020, Toei Animation released a reboot of their original series.

On April 5th of last year, Toei Animation released Digimon Adventure (2020), marking a new beginning for Tai and his friends. After stopping a virus named Argomon, the Digidestined uncover a plan to obliterate both worlds via Cyberspace. To prevent this, they embark on a quest to stop the new threat before its too late. Along the way, they befriend the Digital Monsters living in the Digital World, all the while learning more about themselves.

Unlike the original series, the reboot followed a different cycle. A perfect example of this would be the episode ‘The Kings of the Insects Clash’. In this episode, Izzy, Tai, and Mimi stumble across a large canyon. The canyon had been infested with Kuwagamon, and their leader Oukuwamon, resulting in a fight breaking out. However, due to the magnetic structure of the area, Izzy’s computer malfunctions and becomes useless.

Through Kabuterimon’s encouragement, Izzy calculates an effective method to overthrow the Kuwagamon without his laptop. Thusly, this allowed Kabuterimon to digivolve into MegaKabuterimon, winning them the battle against Oukuwamon. The key pointer to this had been Izzy overcoming his reliance on technology, using his brain.

Truly, this new show expresses each characters’ individuality, instead of a lather-rinse-repeat method.

With over 60+ episodes aired, Digimon 2020 definitely proves to be quite the impressive masterpiece. The series is only available to watch on Crunchyroll. However, it is stated that Netflix had set the series to air on streaming services around October 3rd.

With more episodes on the way, followers of the new series anticipate what lies ahead for Tai and his friends.

Have an opinion on the new Digimon series? Want your voice to be heard where it matters? Then, head on over to our Facebook Page and say hello. And, as always, Stay Geeky!

Digimon Adventure: 2020 finally comes to an end. The finale for the series aired on Crunchyroll, September 26th. Drawing its conclusion, it ended with...