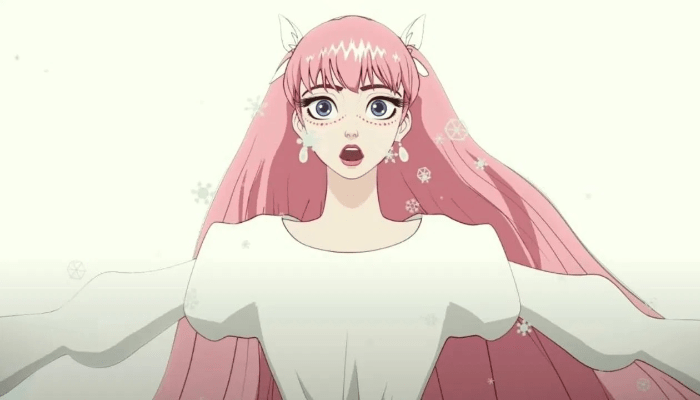 On July 19th, Director Mamoru Hosoda received a standing ovation at Cannes Film Festival. His latest film, Belle, had premiered that day. As a result of its beautiful storytelling and stunning visualizations, the film received a reported fourteen minute round of applause. However, before we go any further, let us first explore how it all began for the outstanding director.

Mamoru hails from Toyama, Japan. The director took up animation as a career after seeing Studio Ghibli’s The Castle of Cagliostro, directed by Hayao Miyazaki. Soon after, he took up schooling at Kanazawa College of Art in Ishikawa Prefecture, and attended oil painting classes. After graduating, he submitted a short film to Toei Animation. As a result, he landed a job there as lead director to some of Toei’s works such as One Piece and Digimon Adventure.

Working his way up, Hosoda garnered the attention in the early 2000’s directing Digimon: The Movie. This action had also caught the eye of Ghibli’s head producer Toshio Suzuki. Soon after, the director had been invited to work with the animation company. However, after attempting to help direct Howl’s Moving Castle, Hosoda found Ghibli to be far too demanding. They wanted Mamoru to direct the film how Miyazaki would have wanted it, despite Mamoru wanting to take charge. Leading to a ceaseless back and forth on the film, the director had left Ghibli and returned to Toei.

Returning to Toei, Mamoru directed an episode of Ojamajo Doremi, inspired from his conflicting time with Ghibli. Shortly after the episode’s airing, animation company Madhouse took an interest in Hosoda, and proceeded to hire him. From 2005 to 2011, Hosoda helped direct many of Madhouse’s works. These included The Girl Who Leapt Through Time (2006), and Summer Wars (2009). After doing work for Madhouse, Mamoru left the animation company in 2011 to create his own. Alongside film producer Yūichirō Saitō, Hosoda established Studio Chizu.

In 2011, Mamoru Hosoda and Yūichirō Saitō founded Studio Chizu. This animation company had been responsible for many familiar works such as Wolf Children (2012), and The Boy and the Beast (2015). Their most notable film to date is the animated film, Belle. Belle premiered at Cannes Film Festival on July 15th, where it received an outstanding fourteen minute standing ovation.

Belle (The Dragon and the Freckled Princess) tells the story of Suzu, a young teenager who lost her mother at a young age. After becoming an outcast at school, Suzu’s friend, Hiro, introduces her to the virtual world of “U”. “U” is an online video game where one can create an avatar of their choosing. With this in mind, Suzu becomes ‘Belle’, an online idol personality that becomes loved by many. Eventually, a shadowy beast appears, sparking curiosity in the young girl. Although this film has elements inspired from Beauty and the Beast, Belle focuses more on the struggles the teenager faces between online and reality.

Effort For A Freckled Princess:

Jin Kim, veteran Disney animator and character designer, had been responsible for Belle’s character design. Following this, Irish film studio Cartoon Saloon helped design the virtual world of “U”. The film received high praise from critics, and had even won the Inaugural Locarno Kids Award for the films capability to draw in young audiences. Although Belle had yet to receive any further awards and nominations, this turned out to be Mamoru Hosoda’s best work yet.

With how successful Belle has become, many are looking forward to seeing what projects Studio Chizu has in store for the future. Belle is currently unavailable to view for American audiences. However, American film distributor GKids had stated that Belle will be available for audiences this winter.

Have an opinion on Belle, and want your voice to be heard? Then stop on by our Facebook page, and say hello! And, as always, Stay Geeky!