By The Power of Reboots? Five 80s and 90s Cartoons That Deserve The "Masters of the Universe: Revelation" Treatment! 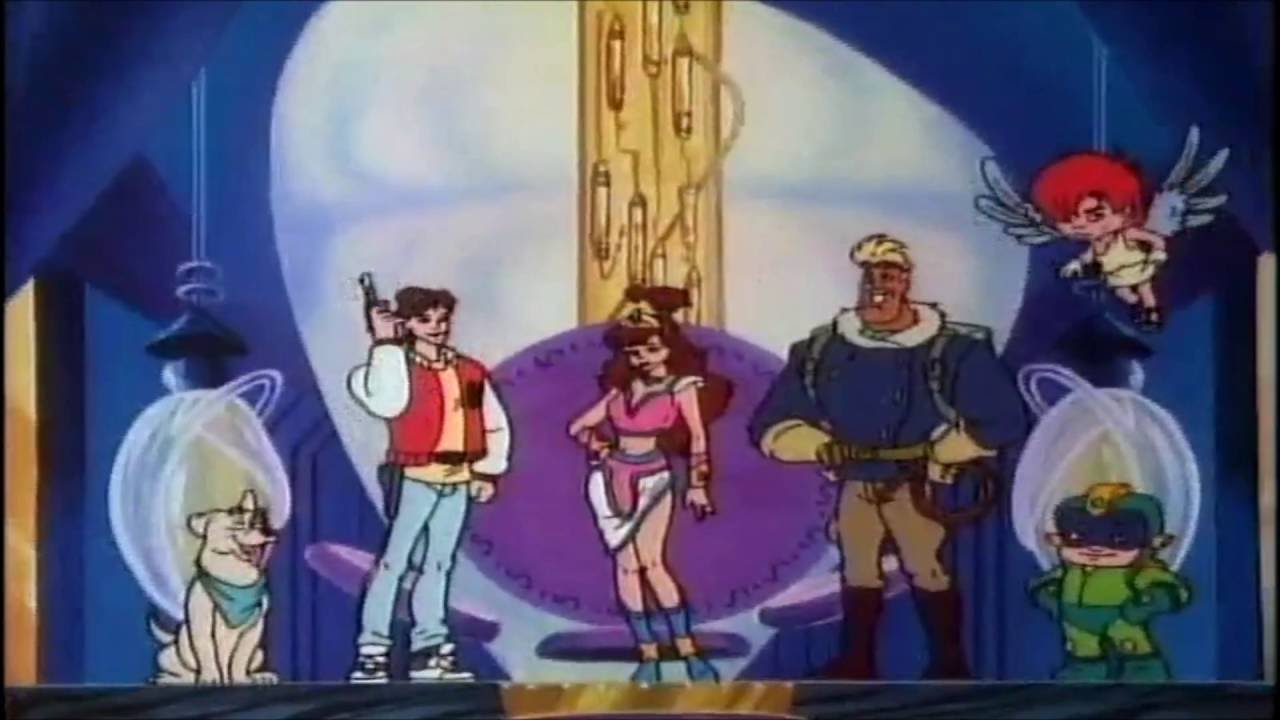 Masters of the Universe: Revelation (2021-present) shows cartoons from the past can have another shot and produce exciting new content, even with mixed reviews. The same could be said if we did something similar to a few more cartoons from the 1980s and 1990s! We still want action, adventure, and perhaps a few moral lessons as well… All this could be found in rebooted sequels of the following cartoons:

The G.I. Joes are here to save the day! Picture credit to goliath.com

G.I. Joe: A Real American Hero saw the rise of the on-going conflict between heroic G.I. Joes and the villainous Cobra forces… A conflict which has not seen a definitive conclusion. Let’s face it, we love action-packed military force teams with cool codenames fighting bad guys while armed with the kaboom-iest weapons and other battle tech; with animation similar to what Masters of the Universe: Revelation got, a reboot/sequel series for the Joes would be a win!

Geek News Now (GNN) fan Jeremy Gallion says of this show and M.A.S.K. (1985-1986) “I was a fan of both series as a kid. Had the toys and all. Besides updating the animation, give them a slightly more real feel. Not quite as hokey, but not as far as the Rise of Cobra (2009) movie went. There needs to be a good middle ground between the two. However, with G.I. Joe, the PSA at the end is a must because ‘knowing is half the battle.'”

A space adventure following heroic Marshal BraveStarr while he navigates the terrain of planet “New Texas”! This man could summon the power of “spirit animals” which gave him superhuman abilities for a time. Return to this world of western-style heroes and villains with new life and lessons at the end!

However, David Furr — GNN writing team supervisor — said he would keep the show much the same as it was. “I always had the belief that if man were to colonize other planets and expand his reach to other planets it would be like the wild west. Plus having cowboys in space is just an amazing concept.”

Nintendo nut Kevin Keene is transported into Videoland and tasked with saving it from evil Mother Brain! Aided by Princess Lana and a few video game characters, Kevin takes on this menace. Bring in Link and Mario to help Kevin and we got a show!

“Captain N would be flippin’ fantastic… because that series was kinda cringy.” said GNN founder David Gremillion who listed his problems with the series as such: “Simon Belmont was a womanizer… and a wimp. Mega Man and his ‘mega’ saying like ‘mega hi’ and ‘mega wow’. Cliché princess. It should have been done a lot better.”

A show about five teenagers chosen by a being named Gaia to fight evil powers which use and abuse the ecosystems of planet Earth; when their elemental powers (earth, fire, wind, water, and heart) combine, they create the superhero champion Captain Planet! With many people still quite concerned for Earth and her very precious environments, this is one show which would unite both the nostalgics and the younger generation of today.

The previous Planeteers could pass the torch to a new generation tackling the same problems along with some new ones brought on by our current troubles like with the wildfires in California, global warming of the polar ice caps, and more.

A sea-faring lad named Ren sets sail with comrades Ioz, Tula, and monkeybird Niddler to find the Thirteen Treasures of Rule and stop the evil substance called “Dark Water”… all while dealing with the evil machinations of pirate lord Bloth. It was a solid adventure series, but it was cancelled before the heroes ever reached the end of their quest!

“I myself was drawn to its esthetics, sci-fi pirates, score…” said GNN fan Erik White. “Its color palette, character design and world building were all unique and putting a sci-fi spin on pirates was brilliant. Super cheese I know but that was part of it’s charm. Taking the setting and character designs from [The Pirates of Dark Water] and giving them the production value that was given to He-Man and I think you have a smash hit…”

These picks are perfect for today’s varied and perhaps ever-nostalgic audience! New animation styles, new stories, but based on the worlds each show created and furthering those worlds would be interesting, to say the least. If Masters of the Universe: Revelation can rock a reboot/sequel to a classic cartoon, so can these choice picks!

Agree? Disagree? What cartoons from the 80s and 90s would you see rebooted or given the sequel treatment? Comment below! Check out the Geek News Now article about the return of the SilverHawks (1986) cartoon series! Also, subscribe to Geek News Now and give it a like on its Facebook page!

By the Power of Grayskull! What To Expect From “Masters of the Universe: Revelation”!

He-Man and the world of Eternia return once again in Masters of the Universe: Revelation (2021)! It looks like an excellent show and promises...