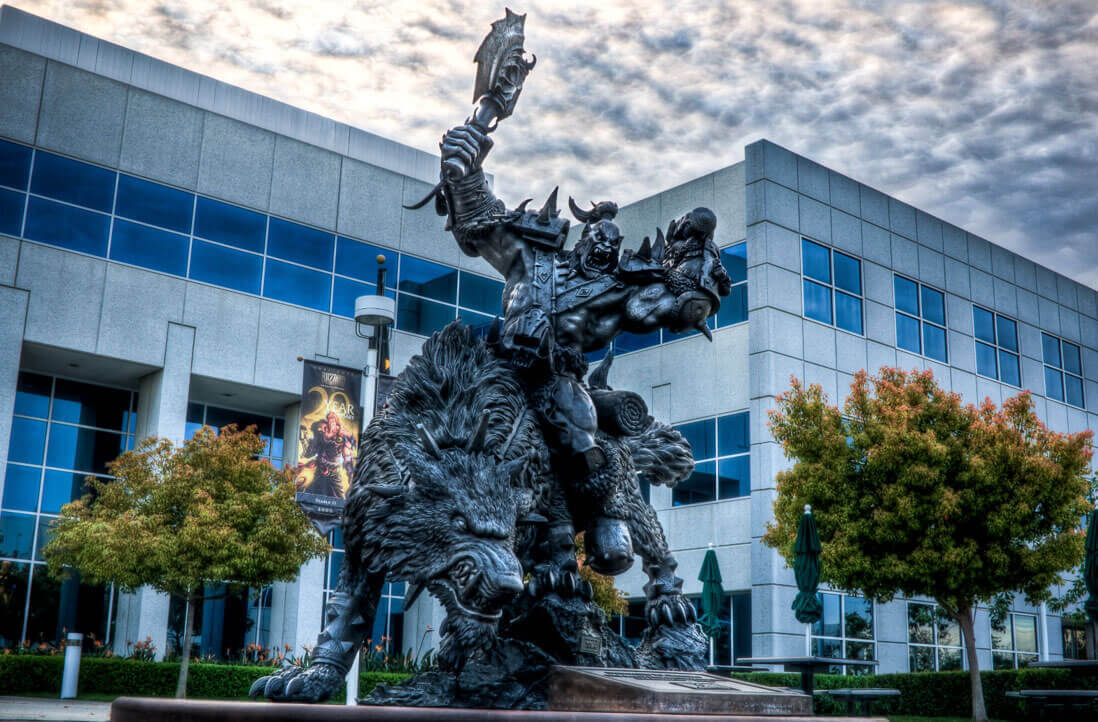 When I first read the news about the Los Angeles County court filing a lawsuit against Activision Blizzard for fostering an unsafe work environment, I expected to see complaints related to Physical safety such as improper lighting or unsecured extension cables. I didn’t expect to read allegations of discrimination based on concerns about future pregnancy and a woman being exploited by upper management that resulted in her suicide. While reading through the legal filing only one question came to mind, “How did we let it get to this point?”

I have no direct affiliation to Activision or Blizzard other than being somebody who has played World Of Warcraft and the Diablo. The “We” I’m referring to is a collective of people made up of the gaming community and other women.   The allegations point to many people being aware of the problematic behavior and based on some of the grim results nobody was willing to put a stop to it. It would be irresponsible to say that every male employee that works at the company engaged in this behavior. However, those who saw the behavior and said nothing aren’t any better than those who actively engaged in these practices.

Was everyone Ok with this?

This acts as proof that as a community we have bigger problems than bullies. There isn’t a single member of the gaming community who hasn’t at some point had a bully to contend with. As a community, while we admire the heroes who stand up in the face of injustice, we are not always willing to follow that example. There is a saying that a bully is just that until somebody stands up to them. Oftentimes it takes just one person to disagree with the status quo to give others the courage to do the same and bring an end to the tyrannical rein of the bully. In many cases people chose to remain silent because as many will put it, “It’s not my problem”. Therefore, letting the behavior continue and spread like an infection. Over 2000 Employees of Blizzard have signed a petition condemning the behavior, what were you doing while the behavior was going on?

For decades I have heard my male friends complain that they wish there were more women in the gaming community. Why should more women be part of a community that marginalizes them? Why would women want to be part of a community whose members who are willing to speak out about poor treatment of marginalized groups within the community? What I am not saying is that women cannot speak for themselves, what I am saying is that we need those allies when we do speak up who are willing to speak up with us. There is strength in numbers, and you would be amazed by what can happen when a community if supportive of all its members. The geek community talks big about “see something say something” does that not apply to the poor treatment of women?

What Happened to “Girl Power”?

Where were the other women at? I have found myself in my fair share of situations with these types of toxic environments. It does not take very long to spot it and decide on next steps. When you discover this at a company as large as Activision, you are either going to stay just long enough to make the fact that you worked for a company look good on a resume and move on to a better environment or you are going to stay and reinforce the bad behavior. For those who chose to stay, why were you not working together to create a better environment? Did you fall for their divide and conquer mindset? When management would not address the issue why did nobody go to law enforcement? Why did the other women let one woman suffer alone until she took her own life?

I expect better from women in the community. We had better role models. We did not just have pop culture icons like Wonder Woman, Captain Janeway and Xena to show us that as women we are strong and unstoppable, we had our mothers, grandmothers and aunts who fought their entire lives so that we would know that we do not have to accept this kind of behavior as women. There is no reason to accept this behavior as a community. Women are not less important as employees because we are women. Why would you let an employer treat you as such? Why did the women not all band together and support each other until Los Angeles County filed charges? As women we have the power to put a stop to this behavior if we stop competing long enough to work together against a common enemy. Ladies, we need to do better.

An Issue With The Industry

The lawsuit brought to light what many have said for years regarding the misogynistic tendencies that have existed across the industry for decades. Back in 2018 Kotaku.com published an article about the conditions that women faced working for Atari all the way back in 1973. Why is this behavior still accepted almost 50 years later? Because as a community we have allowed it to continue. It’s apparent that gaming communities are willing to work with the fact that there is no such thing as bad press. Even one of the founders of Blizzard, Mike Morhaime, has acknowledged that this is an industry wide problem. Yet there are not steps being taken by the powerhouses in the industry to change this behavior. That goes to show that the industry does not place importance or value on women as customers and supporters. Maybe as women we need to be more selective in the gaming companies we choose to support.