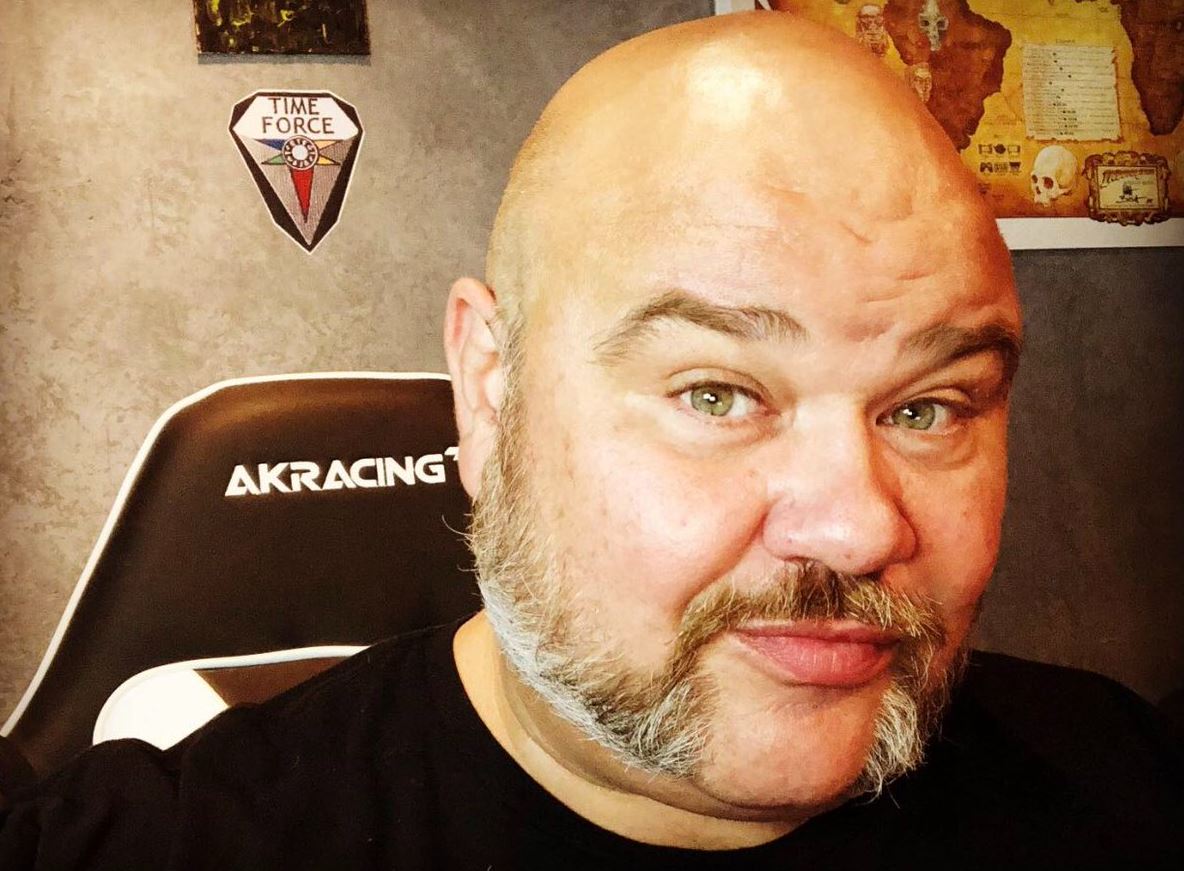 At the Central Florida Comic Con in June, Becky and Myself had the chance to meet Power Rangers veteran actor, Paul Schrier. Paul was in over 300 episodes of the beloved franchise as the character “Bulk”. The bumbling bully of the Power Rangers alter egos. I can honestly say that I have met very few celebrities as awesome as he was.

How It All Went Down

Most of the time you approach the celebrity section of a convention, all of the celebrities are safely tucked away behind their tables with their convention handlers. The handler’s job is to be the liaison between the fan wanting the autograph/picture, and the celebrity themselves. This protects the celebrity, and helps with crowd control. Not Paul Schrier.

The moment we walked in, Paul was in front of his table, greeting every fan face-to-face. Shaking hands, and being jovial with everyone there.

I approached Paul, mentioned that I was with Geek News Now, and asked for a quick interview. He noticed the notebook I had in my hands with questions written on it. He thought it was hillarious that I was “analogue-ing” it by writing everything down. I asked him if he would rather do a video interview. His response with a smile, and I quote, “Nope, I want to see you write this down.”

The rule at conventions is that if you are interviewing a celebrity, and someone comes up to purchase an autograph/photo, you step aside, let the celebrity do their thing, and then re-engage after. I asked Paul the first question on my list, and he gave a very honest response. When a fan approached, we backed off, but the fan only wanted to tell Paul about all of the favorite episodes he had seen him in. Paul was awesome, engaging the fan, really talking with him about it. Giving him some insight into the episodes.

Afterwards, Paul walked back over to us, snatched the notebook out of my hands, and proceeded to fill in the answers himself. There is a picture below of his answers. (Warning. Mild Language)

Paul Schrier’s answers to my questions, in his handwriting

I was stunned. I had never had that happen. He handed the notebook back to me, gave me a smile, shook my hand, and said “Thank you”.

I walked away completely in shock, and as a fan of the Power Rangers myself, it was a surreal experience. I sent a message to my editor telling him what happened. He couldn’t believe it. I knew no one would believe me if I said he had done that. I had to get him to autograph it.

After some lunch, I re-approached his table, told him no one would believe me, and that I wanted to pay for him to autograph it and take a picture with me.

He snatched it out of my hands, and in a blue permanent marker, wrote all over it. Walked around the table, and took a picture with us holding the notebook.

Paul’s autograph of my notebook

I will never forget this experience, and doubt I will ever have another like it. To Paul Schrier, if you see this, just know you made a huge positive impact on this long-time fan. Thank you and “May The Power Protect You”. Also, I have these photos framed and on my wall.

As always Geek News Now will strive to provide you exciting content about things to come, and breaking news. Be sure to bookmark the Geek News Now website to not miss any of our upcoming information, articles, and contests.  Follow us on Facebook, Twitter, Youtube, and Twitch. Stay Geeky my friends.