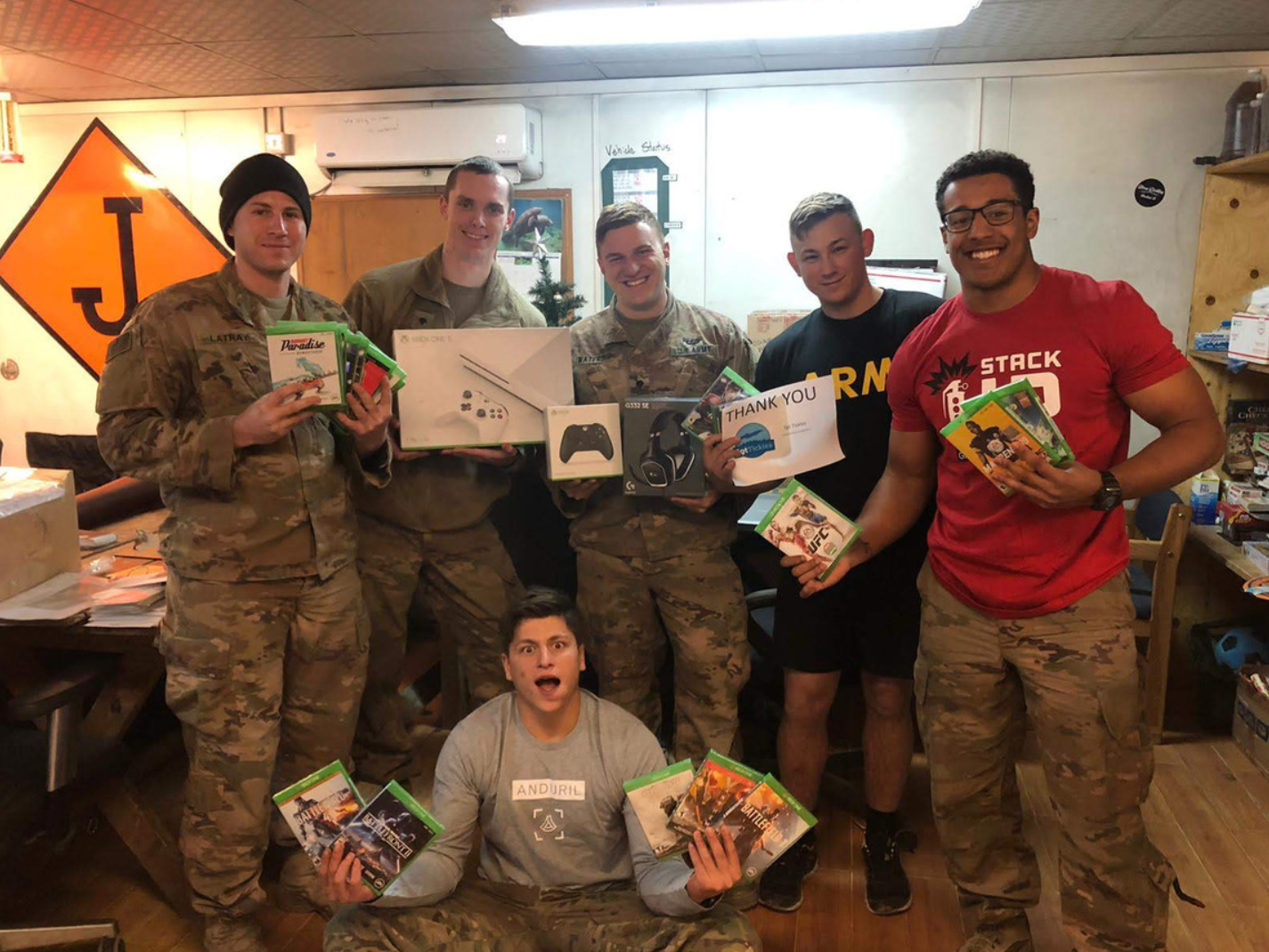 Members of the US Army enjoy one of the "Supply Crates" from Stack Up. Image from the Stack Up website.

The PAX Online event is in full swing and I was fortunate enough to have a virtual “sit down” chat with Brian Snyder, the Director of Communications for the “Stack Up” non-profit company. Their sole mission is to bring both veterans and civilian supporters together through a shared love of video gaming.

Dave: How has the pandemic impacted what Stack Up does and the behaviors you have seen?

Brian: We felt almost no impact at the beginning other than the lack of cons. So we shifted our efforts and expanded the number of supply crates from 4 to 12 per month. We’re suffering from the same shortages now that a lot of people are too. It’s hard to find consoles due to the chip shortage. Our Overwatch program saw a huge uptick in crisis response and peer-to-peer counseling increased. Thankfully we’re pretty resilient and we value the relationships that we’ve built.

Dave: Matt Heafy from the heavy metal band Trivium joined the Board of Directors. Did he approach y’all about this? What makes him an ideal choice for the Board?

Brian: He came to us about this because he had already done charity work with us before, raising over $5000, and we were all fans of him and Trivium. His real strength is that he’s passionate and has that drive to work in the trenches of charity work. Our CEO gets two emails a day saying let’s try this let’s do that. His energy is terrific.

Matt Heafy from the band Trivium is now a member of the Stack Up Board of Directors. Image from NME.

Dave: Y’all were founded in 2015. What is one of Stack Up’s favorite success stories?

Brian: Speaking personally, it’s working with influencers. We can work with them and for them in a sense of equilibrium. We eat, we work, we party together. We’re not fake about it. They have a personal and genuine touch with us. We’re hoping to make this our first million dollar fundraising year thanks to amazing streamers and influencers. I like to think of this as a fundraising family as opposed to some cold marketing room.

Dave: What about some struggles that Stack Up faced since the founding?

Brian: Learning how to do…pretty much everything. We had to Google to figure out everything. We had the heart for it, but not the mind or experience. We learned so much in five years that we could laugh at ourselves back then. We’re now working with the CDC and Johns Hopkins to evaluate how what we do is affecting the vets we serve.

Members of the US Army enjoy one of the “Supply Crates” from Stack Up. Image from the Stack Up website.

Dave: How does gaming help veterans?

Brian: In a couple of ways. First is the connection, the camaraderie, that they experience. You can play single player but you can also hang out on discord and chat during multiplayer games. Gaming means you’re not alone. Second, gaming requires you to focus, it’s not passive like reading or listening to music. It takes distraction to get you out of your head and get you focused on something else.

Dave: What games do YOU enjoy?

Brian: I am an open world sucker. Anything open world. “Grand Theft Auto”, “Red Dead: Blood Money”, “Watch Dogs”, whatever you can lose yourself in.

Dave: How does a partnership with PAX benefit everyone?

Brian: PAX is huge. Stack Up gets to have a booth, but we bring our Air Assaults out too. We give veterans a VIP experience. We show them that they aren’t alone and there’s a whole world of geeks and gamers out there.

Dave: We have a PAX event down here in San Antonio as well.

Brian: I LOVE PAX South. PAX south to me is less about the games and more about the community engagement. It isn’t one of those massive events where it’s all about the games. It feels smaller but that’s where I go to connect with people.