Comic Con Tips! What To Know Before Your First Time (Part Two)! 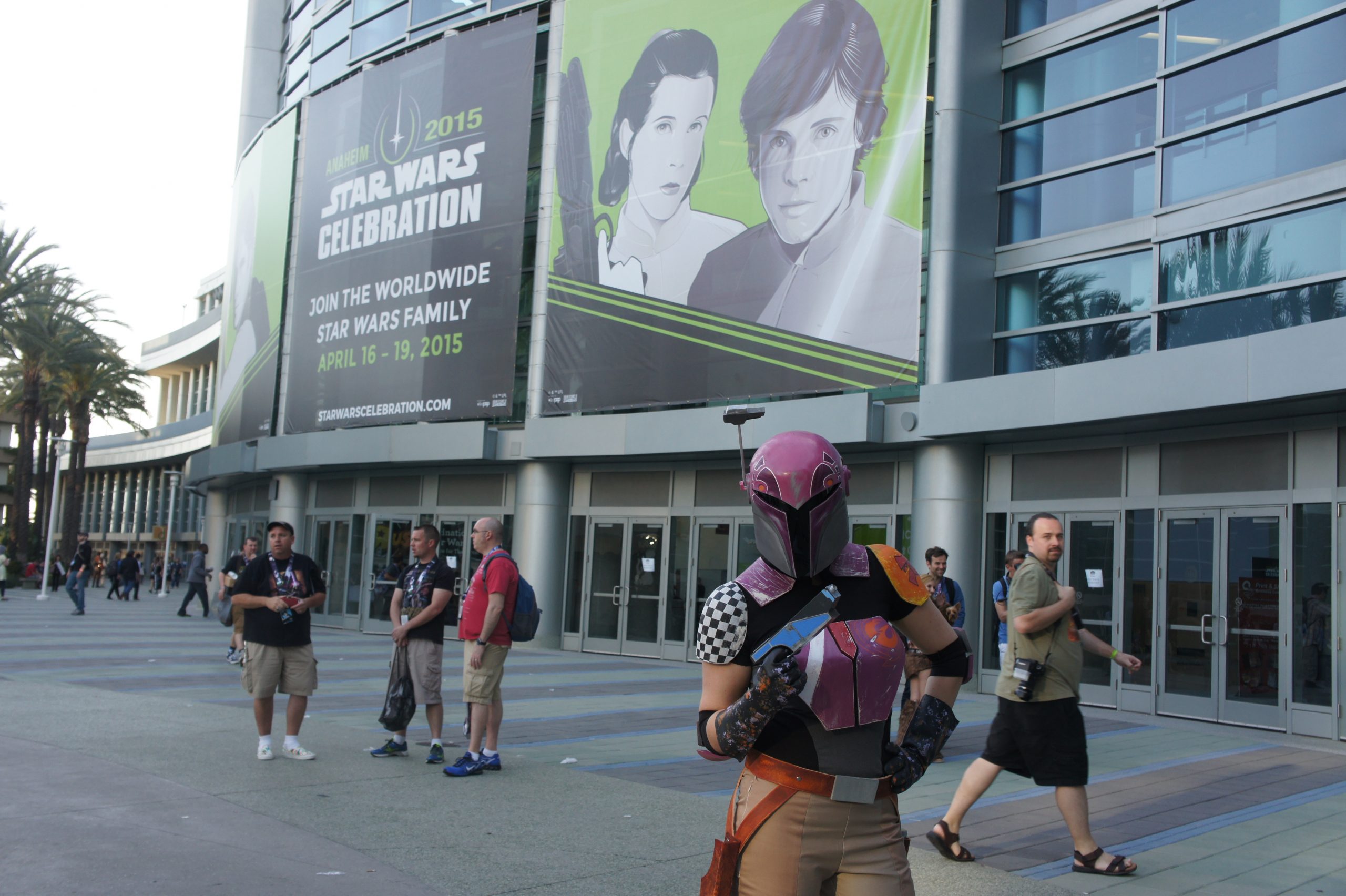 If you’re going to your first comic con and wonder how to navigate meeting celebrity guests and cosplayers, asking them questions, or getting a picture with them, these comic con tips will help you make the best out of your chosen event! The tips come from Jay Cochran — co-owner of the Bangor Comic and Toy Con — and con-goer Samantha White.

First, there’s the etiquette behind meeting celebrity guests, cosplayers, and artists at their booths. Basically you can take a moment to speak with them, but shouldn’t monopolize their time.

WHITE: “I get too star struck when going to celeb booths to ask questions, but I feel as long as it’s quick it shouldn’t be a problem. You can always judge by how the people ahead of you are doing it as well. Some are more get in and get out. There’s also usually ‘b-list’ areas where the celebs probably don’t have lines that are as long and that would be more okay. I had a conversation with the voice of Patrick Star from Spongebob [Squarepants] about his character’s death in How I Met Your Mother because there was no one behind me in line. Be polite and aware, and you should be fine. For artists/vendors, definitely ask them questions!”

COCHRAN: “Just read the room; there is a lot going on, so pay attention to flow of traffic. Most like I said before will be very receptive to chit-chat; but as far as guests go, just go with short banter when at the tables so that they can have a good moment with each person that wants to get their time with them. Save more in-depth questions for the Q&A panels.”

Fans assemble at a panel during a Bangor Comic and Toy Con gathering! Picture credit to bangordailynews.com

Then there are some tips about how to go about asking questions at a panel discussion.

COCHRAN: “Be respectful. I wouldn’t suggest anything that would cause embarrassment to the guest and maybe ruin the tone of the panel. Usually the mediator will handle the back-and-forth to filter things if they’re worried a sensitive topic could be brought up.”

Jay Cochran (left), co-owner of the Bangor Comic and Toy Con, grabs a picture with “Back to the Future” stars Christopher Lloyd (middle left) and Michael J. Fox (middle right) along with a friend (right)! Picture credit to Jay Cochran

If you’re thinking about getting a professional photo session with a celebrity guest, here’s a few things you’ll want to know.

WHITE: “A lot of the photo ops are GO GO GO, so don’t dilly-dally. It’s unfortunately not the time to ask questions, give them gifts, etc. Have your pose in mind; some celebs are more particular and won’t do certain poses, but it doesn’t hurt to ask. My fave photo is with two characters from The Walking Dead – Eugene and Abraham, they were silly and fun. They each picked up one of the girls in front of me! Some of the celebs aren’t that chill.”

COCHRAN: “Just follow the queues. Typically there are volunteers there to help flow of traffic. Usually there are no props allowed unless otherwise specified. Don’t linger too long and hold up the line for others.”

Cosplayers for Wolverine (left), Deadpool (center), and Gwenpool (right) at the Bangor Comic and Toy Con! Picture credit to foxbangor.com

Then there’s the topic of how to approach getting pictures and interacting with random cosplayers on the con floor.

WHITE: “Don’t be a creep. I’ve heard some horror stories about Deadpool characters getting sexually harassed or assaulted. They are NOT the character; and even so, that character doesn’t deserve to be assaulted or touched inappropriately! I’ve had people take photos with me, and I’ve taken photos with people; both times either I have asked to take one or they asked me.

COCHRAN: “Random cosplayers love talking about their outfits and the guests are there for you to interact with, so have fun!”

WHITE: “Don’t be inappropriate and grab their body; and to be extra safe, you can ask if they’re okay with your arm around them, or ask if they would do a specific pose with you.”

It’s not hard to both interact with celebrity guests and cosplayers and have fun; just be sure you’re being respectful of their boundaries and time; but many of both groups are fairly chill about it all. Definitely don’t ask them potentially embarrassing things; you want the con to be a safe and fun environment for all participants!