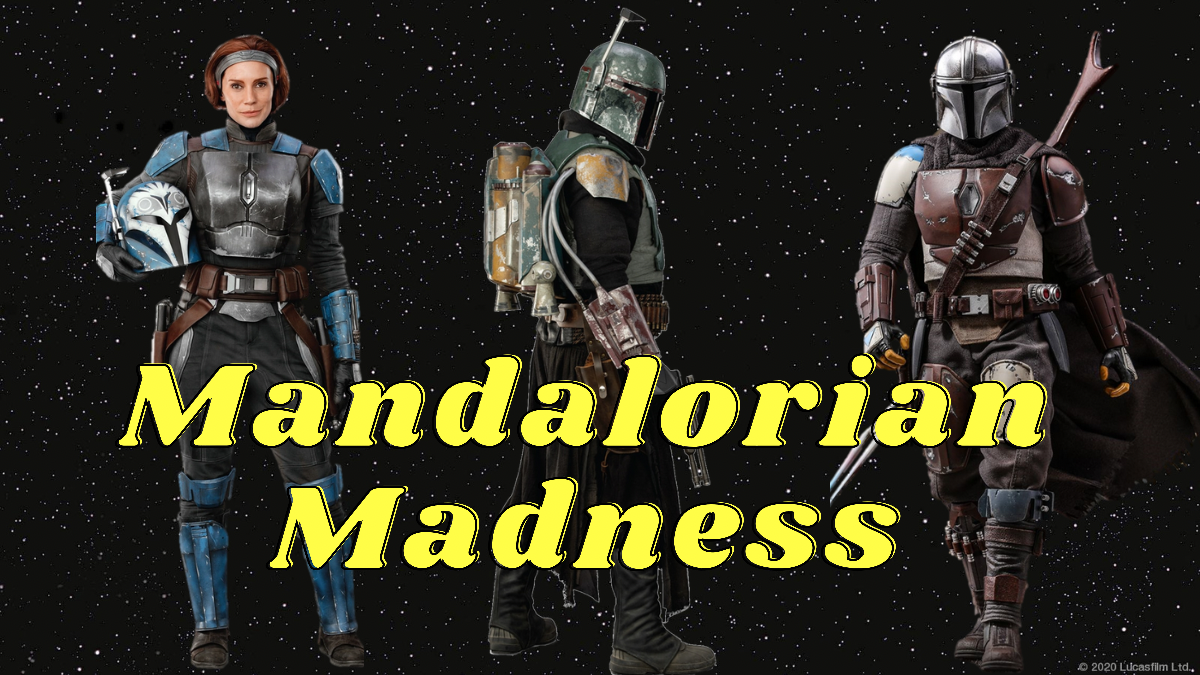 After two very successful seasons of The Mandalorian and the announcement of the highly anticipated Book of Boba Fett, it appears that the Mandalorians are taking over mainstream Star Wars. According to Nielson, Jon Favreau’s, The Mandalorian was watched for 1.336 billion minutes in the US the week of December 14 to December 20. That’s in just one week. It quickly became the most-streamed show in America, beating out other major shows like The Office or Stranger Things. From there, it appears The Mandalorian has caught mainstream America’s attention.

Now, one of the most infamous bounty hunters in the galaxy, and the most iconic Mandalorian of them all, will be getting a show. Boba Fett, who made his return in The Mandalorian, will get the spotlight as he (most likely) becomes an underworld lord, similar to Bib Fortuna or Jabba the Hutt.

The Book of Boba Fett: Boba Sits on Jabba’s Throne

There Are More Mandalorians

Boba wasn’t the only Mandalorian featured on Disney’s hit show either. Bo-Katan Kryze, who comes from The Clone Wars, made an appearance. It was shocking and very well received by fans. They couldn’t wait to see more of what’s become of the Mandalorians and their culture after being wiped out by the Empire.

Mando, Boba Fett, and Bo-Katan have all captured the hearts of America, and I can’t fail to mention the epic Siege of Mandalore arc that comes from The Clone Wars season seven. It gave us the battle of Mandalore, the epic fight between Bo-Katan and those who wanted freedom against the Mauldalorians, those who followed Maul and his lust for power.

So, What’s Up This Obsession With Mandalorians?

In a galaxy that offers space wizards with magical powers and laser swords, fans are still willing to embrace a different aspect of that story. A different kind of character. One who may similarly follow a creed but is just about everything a Jedi is not.

One of the things that solidified Boba Fett to become as iconic as he does is the first scene he’s introduced. He saved Luke as he crash-landed on a strange moon, but he doesn’t appear in his Slave 1. No, Boba Fett comes riding in on an Ichthyodont. The Star Wars equivalent to a Brachiosaurus. Our first look at Boba Fett is him riding a dinosaur.

He tamed the other Ichthyodont that had eaten half of Luke’s ship and displayed an ultimate form of superiority over the beast. After seeing Boba Fett help out a Jedi and save him from this beast, he quickly became an iconic figure.

One year later, The Empire Strikes Back made its debut in theaters, and so did live-action Boba Fett. His armor and menacing, quiet demeanor had made him an intimidating villain, one that paralleled his employer, Darth Vader. Just as Luke Skywalker needed a villain to rival his power, so did the fan-favorite smooth criminal, Han Solo. Who better than Boba Fett to be the one to take Han Solo into captivity and return him to Jabba the Hutt in carbonite.

It Doesn’t Stop There

As Star Wars lore grew and more Mandalorians became introduced, we got a glimpse of their culture and beliefs. But, most importantly, we learned about their signature beskar armor. Their armor is blaster resistant, lightsaber resistant, and after Boba Fett’s survival from the Sarlacc pit, it looks like it’s acid-proof, too.

As Boba Fett played the role of anti-hero to Han Solo, other Mandalorians played a similar role. Except they had rivaled the Jedi. Jango Fett, Boba’s father, had fought bravely against Obi-Wan Kenobi and lived to tell the tale. In Star Wars canon, the Jedi and Mandalorians are notorious enemies. They had fought many wars against each other; the final battle had eventually led to the destruction of their homeworld, Mandalore. That is why they live in the bubbles and not directly on the surface.

The Mandalorians have solidified themselves as some of the most hardcore figures in the galaxy. They embrace the chaos of the world around them. As seen in The Mandalorian, weapons are a part of their religion. They are warriors of a different creed. Most remain as the quiet, warrior type and others are political. But the fact remains that the Mandalorians are the anti-heroes to the Jedi. They offer something that the Sith or the Jedi can’t.

They don’t need space magic or a gift from the galaxy to be great. They are normal beings from all over who use intense training, clever gadgets, and insane armor to become some of the most feared warriors around. The Mandalorians are relatable to every Star Wars fan who has ever tried to use the force and failed. We’ve all tried it one time or another.

The Mandalorian culture is well known on every planet. Similar to the Jedi, they have become figures of great stories and legend. Thanks to Jon Favreau and Dave Filoni, we are now seeing more of this spectacular culture. As they step into the spotlight and give the Jedi a break, they are welcome as all of us fans agree that we will watch their careers with great interest.

How do you feel about this Mandalorian madness? Are you a fan of how popular the Mandalorians have become? Would you like to see more of them or Jedi? Leave a comment down below or on our Facebook page!

Don’t forget to check out our YouTube channel, as well. There are tons of fantastic videos to check out.