The Best Fathers of Film and Television 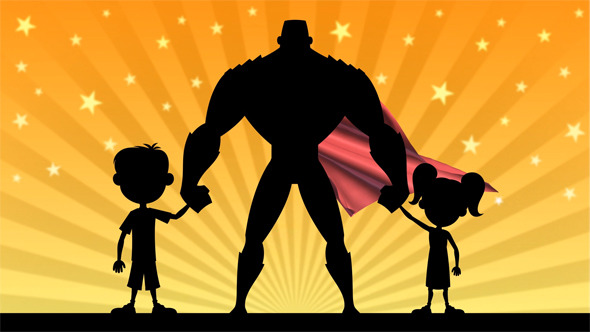 Dads. Fathers. Male guardians. No matter what you call them, they will always have a special place in our hearts. Fathers come in all shapes and sizes. Whether they be fictional or not, there are those that have made an amazing impact in someone’s life. And that is why today we are going to be going over the best Fathers of Film and Television.

Yondu Udonta from Guardians of the Galaxy. Image provided by guardiansofthegalaxy.fandom.com

When Yondu was first introduced in Guardians of the Galaxy: Volume 1, he came across as cold-hearted and uncaring. This was far from the truth, when we learned his true intentions later on. Yondu was a space pirate, commonly referred to as a Ravager. Ravagers were a collective group of misfits that grew into a crime syndicate of thieves and bandits. However, they would never commit any kind of trafficking on any living being.

Yondu kidnapped Peter Quill to bring him to Ego back in GOTG: Vol l. When Stakar Ogord, Yondu’s boss, found out about this, he banished the Ravager. However, Yondu soon learned of Ego’s true intentions and adopted Quill, training him in the ways of a Ravager to help him survive in the universe. Despite Peter growing up, and leaving Yondu, the two would often seem close with one another.

In GOTG: Vol ll, after destroying Ego’s real body, Yondu gave Quill the last space suit, and sacrificed himself to save his adopted son. The entirety of the Ravagers learned of Yondu’s sacrifice through Rocket sending a message to all clans, with Stakar even attending. Regardless of any bad he had done, Yondu truly redeemed himself to the bitter-sweet end as a Guardian Of The Galaxy.

If there’s any Television Dad out there that can truly tolerate the antics of a nerd, It’s Carl Winslow. In the late-80’s sitcom Family Matters, Carl Winslow is a father of three and works for the Chicago PD. Often at times, Carl would grow annoyed with his neighbor, Steve Urkel. Although he would lose his cool with the young boy, Carl eventually grew fond of Steve, even helping him out in his time of need.

Carl is often referred to by Steve as “Big Guy”, mostly due to Carl having a ‘big heart’ as he once put it. And, even when Carl would get fed up with Steve, the two have been known to show care toward one another. His caring demeanor even carries to others throughout the show, often teaching life lessons to his kids, or others.

Needless to say, Carl Winslow deserves a spot on this list as being the best television father and pseudo-father to the entire cast of Family Matters.

Tony Stark in the MCU. Image provided by marvelcinematicuniverse.fandom.com

It should come to no one’s surprise by now why the Marvel hero has made our list of amazing movie Dads, and here’s why. Tony Stark started off in the MCU as a narcissist, as well as a little sexist. However, after being kidnapped by the people of Afghanistan, Tony found out what his technology was being used for. After this realization, he fought his way home, dealt with insubordination, halted his weapon manufacturing, and became the hero: Iron Man.

Avengers: Endgame (2019) was the true point in which we see Tony finally settling done with Pepper Potts, buying a retirement home, adopting Gerald the Alpaca, and giving birth to a beautiful daughter named Morgan Stark. Here, Tony begins to express his undying gratitude to his wife and daughter, as well as finally giving Peter Parker that much-owed hug after bringing everyone back. Unfortunately, Tony sacrificed himself, using the Infinity Stones to snap away Thanos and his army. The Gamma Radiation was too much, and Tony eventually succumbed to the pain.

Before he truly died, Pepper, Peter, and Rhodey all gave thanks, before all the heroes present kneeled in honor of Tony Stark’s sacrifice. This wasn’t the last hoorah, however. In a surprise, deleted scene, we see Tony standing before an older version of his daughter, Morgan Stark. Morgan assures Tony that he did the right thing, before they say their final goodbyes. Tony Stark is and always will be considered one of the best Marvel dads in cinematic history.

Eddard Stark in Game of Thrones. Image provided by gameofthrones.fandom.com

Ned Stark was an honorable man, and the head of House Stark. He saw his brother, Brandon Stark, as an equal, and his adopted father, Jon Arryn, as a true father figure. When he learned that his close friend, Robert Baratheon, was aiming to be king, Ned wasted no time assisting his ally, acting as a general in many of his battles. The death of his beloved sister, Lyanna Stark, brought upon great sorrow to the noble man.

Eddard raised Jon Snow as a son, despite Snow being his nephew. During Jon’s youth, Eddard allowed Jon and his siblings to raise a small litter of Direwolves. So long as they were responsible, the Direwolves would soon become part of the Stark family.

Joffrey attacked Arya Stark during swordplay one afternoon by the river. Nymeria, Arya’s Direwolf, defends her from the boy. Unfortunately, Sansa’s Direwolf, Lady, was executed in Nymeria’s place when the Direwolf was unable to be located. Despite now there being a rift between the two siblings, Eddard tried his best by giving each daughter a gift, with little results. However, Arya was elated when Syrio Forel, a master swordsman, was hired by Eddard to train Arya in swordplay.

Eddard Stark soon met his end at the hands of tyrannical King Joffrey. Joffrey ordered his execution at random to ascertain his newfound position. Cersei Lannister gave Stark a choice in the matter: confess to treason and there will be no execution. Despite this, Joffrey had beheaded the man, sparking a revolt in the north.

Eddard Stark saw the world in black and white. Although he knew this was false, he held on to that belief to the very end.

The #1 Television Dad spot obviously belongs to none other than the greatest Uncle and pseudo-dad; Uncle Iroh. Uncle Iroh was a major staple throughout the run-time of Avatar: The Last Airbender, known for stating hymns and sharing his wonderful tea with strangers.

He gave excellent advice, all the while dealing with his estranged nephew, Zuko. Even after his brother, Ozai, scarred and banished Zuko, Iroh opted to join his nephew in the quest to find and track down the Avatar. Anytime Zuko left to go on his own, Iroh would always leave him words of wisdom to ponder over.

Often at times, he would have a run-in with Aang and his friends during their journey, though he would only spend that time sharing tea, wisdom, or stories that lead to major life lessons.

Iroh was definitely the best when it came time to show his true skill during the Sozen’s Comet Saga. He bore amazing Firebending techniques that earned him the title of Dragon of the North. Being a decorated member of the Order of the White Lotus, Uncle Iroh helped in liberating Ba Sing Se from the Fire Nation.

Whether it was his skill, wisdom, or his tea, Uncle Iroh was truly the best Television Dad that deserved the #1 spot on this list.

Think there are others out there that you know deserve a spotlight? Know any great Dads out there that have made valiant efforts in people’s lives? Then stop on by our Facebook page and say hello! Happy Fathers Day to all those amazing dads out there. And, as always, Stay Geeky.

“I am your father!” Top 10 Geeky Father’s Day Gift Ideas!

Father’s Day fast-approaches; surely there is a perfect gift to give him! Something which celebrates dad and comes from a love of the geeky...