A Simple Gaming PC Build! Part Three Of What You Should Know! 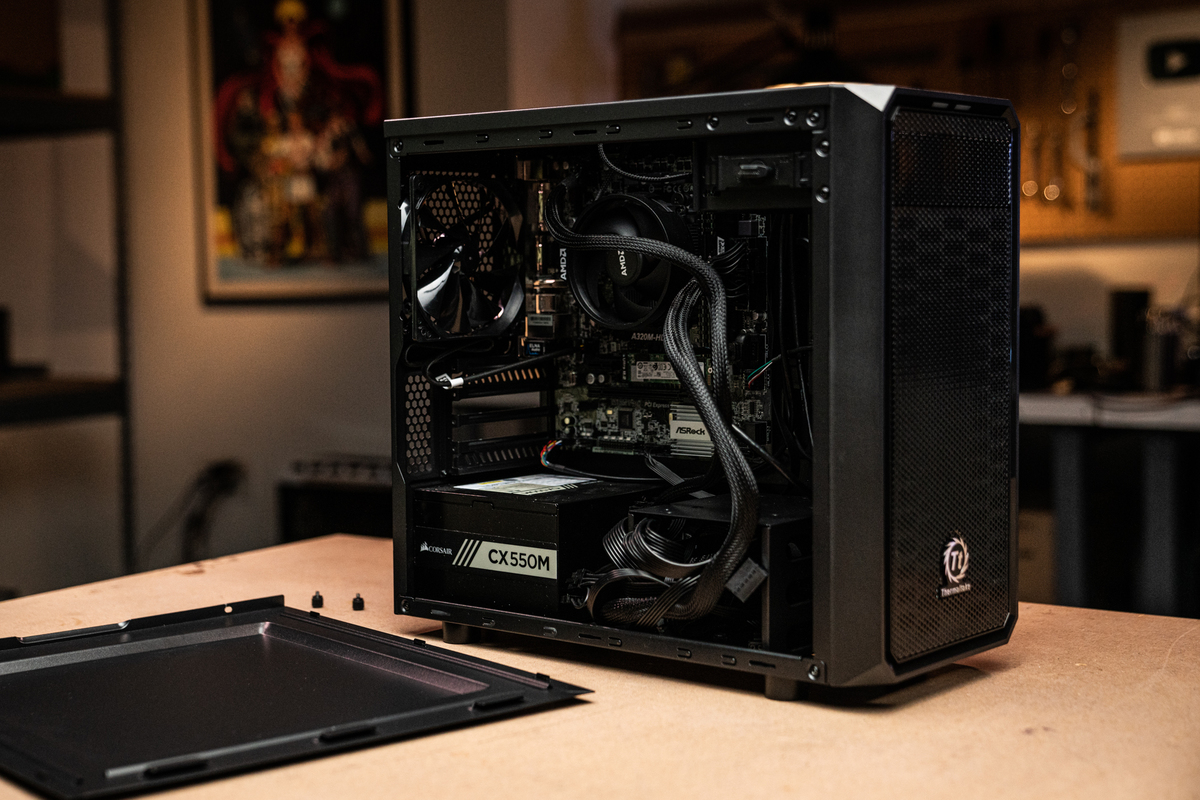 In this last look at what a beginner should know about their first simple gaming PC build we rejoin PC hobbyist Torey Stickrath in discussing necessary components, skills (not the Liam Neeson skills), and how long a build takes. Along with the information of parts one and two, Stickrath’s insight here enlightens, educates, and inspires confidence!

Greats have their proper tools: Wayne Gretzky had a hockey stick, Eddie Van Halen had a guitar, and so-on… Stickrath advised what tools one needs for a gaming PC build.

TOREY STICKRATH: “So, that really depends on what you’re wanting to do with your computer. If you want to get into water cooling, that can change what tools are needed. My standard go-to’s though are a couple of precision Phillips-Head screwdrivers; usually a size 1 for dealing with case screws, and a size 0 for dealing with mounting motherboards.”

Surely there must be certain skills necessary for a gaming PC build; skills acquired over a very long career, you might say… Yet Stickrath posits some very basic ones.

TOREY STICKRATH: “One of the most important, especially if you’re building your own rig (another term for a computer), is being able to troubleshoot. Unlike with buying a prebuilt computer from like Dell or iBUYPOWER, when you build your own, if something breaks it falls on you to figure out what broke, why, and how to fix it.”

TOREY STICKRATH: “Budgeting is also necessary because you want to get the most out of your money since building can easily push a PC beyond $1,000 USD; even more considering current markets at the time of this interview, a single part can easily go for over $3,000 USD due to scalping.”

TOREY STICKRATH: “Organization skills come in when you’re building as well; because not only are you dealing with tiny parts that if lost aren’t easily replaced, but it can also help prevent your PC from overheating by ensuring maximum airflow by arranging the cables in a certain way.”

TOREY STICKRATH: “Attention to detail. Parts such as fans have to be mounted in certain ways to ensure proper airflow, cables need to be managed in such a way that airflow doesn’t become restricted, and you need to make sure you’re putting the right part in the right slot.”

TOREY STICKRATH: “I think the final skill that I tend to use is essentially being able to plan. Whenever I build a PC for myself or my wife, I usually start to think about five-ten years down the line. What kind of upgrades might I need to make? Will my Power Supply and motherboard be able to handle those upgrades? What’s coming down the pipeline? Will I want to attempt overclocking at some point? All of this compounds as I’m putting together a build.”

I then asked Stickrath what parts are not necessary for beginners with their simple gaming PC build and why.

TOREY STICKRATH: “So this is kind of a tough question to answer because it goes along with the ‘why’ of building a PC. For example, my needs are going to be different than my wife’s, and hers are going to be different than yours. But if we’re talking about just base ‘I want to get a gaming PC up and running with no frills’, then you generally just need a case, motherboard, processor, ram, graphics card, hard drive, keyboard, mouse, and maybe a headset depending on if you’re doing a lot of team-based games. Anything beyond that is just extra.

There was the subject of how much memory (GB or “gigabytes” of RAM) is ideal for a simple build; Stickrath said 16 GB is the standard, usually sold as a 1x16GB or a 2x8GB.

My last question for the builder was one which any beginner wonders: how long a simple gaming PC build requires.

TOREY STICKRATH: “It usually takes me a couple hours to build an air-cooled system; but if I’m going for something like water cooling, that may take a couple days mainly to ensure that there’s no leaks, and that the lines are fully bled of any air.”

I know if I plan to build my own simple gaming PC, I’ll refer to Stickrath’s experience and advice! With these tools amassed over this three-part exploration, go forth into your first simple gaming PC build forearmed with new knowledge and confidence.

A Simple Gaming PC Build! Part Two Of What You Should Know!

So you’re still looking to learn what it takes to build a simple gaming PC… You came to the right place! Welcome back for...

A Simple Gaming PC Build! Part One Of What You Should Know!

If you aren’t sure what is required in a simple gaming PC build, look here for a builder’s advice for beginners! In this first...

Days Gone will be one of many previously PlayStation 4 exclusive games that are headed to PC starting this spring. In an interview with...