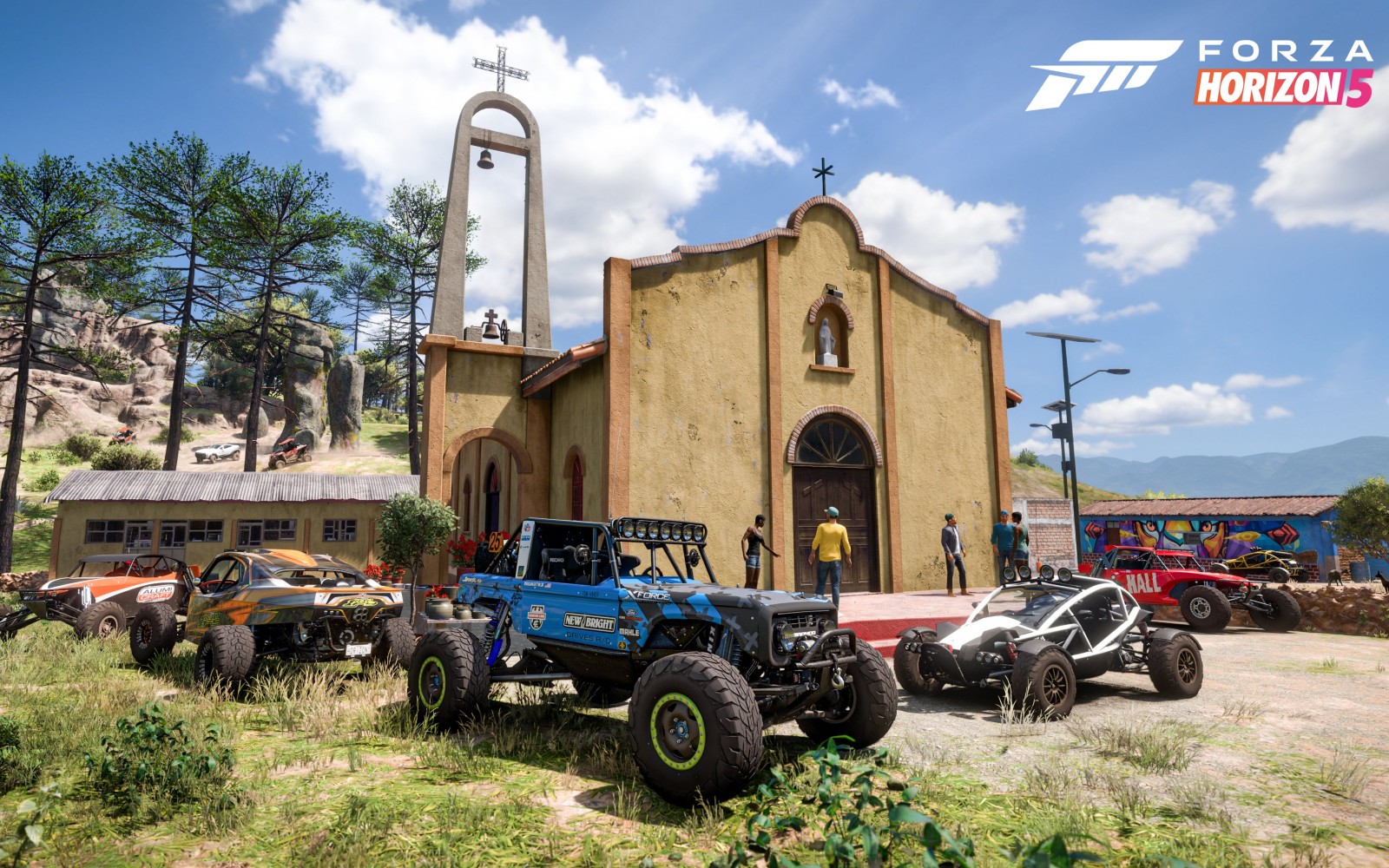 Microsoft stepped up to the plate this year with their E3 presentation this past Sunday morning. Along with their newest acquisition, Bethesda, they put on a show that felt like it spoke to every fan of every genre. Including showing one particular game that I didn’t expect to resonate with me, Forza Horizon 5. The Forza Horizon games are open-world racing games that tend to show off a variety of real world licensed vehicles.

Playground Games revealed that Mexico, would serve as this newest entry’s setting. I’m Mexican-American and have traveled all over Mexico growing up, so I was a bit suspicious at first about the game’s approach to depicting the country. Considering gaming’s tricky history of portraying Latin countries in the past such as with Ghost Recon Wildlands and the upcoming Far Cry 6, I have a right to be a bit apprehensive.

However by the end of the presentation I found myself quite pleased with what I saw from the team at Playground Games and how they chose to focus on the natural and historical landscape of Mexico and away from the cartel ridden clichés. The development team promises that this is the largest and most geographically diverse Forza Horizon game yet.

The player racing down the the streets of the Mexican city of Guanajuato.

Mike Brown, Creative Director at Playground Games, went over the finer points of the game’s development. During the presentation he talked about the tech that was used to capture the Mexican landscape.

“The Horizon Series is known for it’s uplifting beauty. And using our unique HDR camera rig, we captured 24-hour shoots of real Mexican skies at 12K resolution. And thanks to the Xbox Series consoles, these photo-realistic skies result in life-like lighting that dynamically changes every frame, making you feel like you are really there.”

He isn’t lying. A handful of times in the presentation there are still shots that you could swear were real and not in-game, only for the camera to swoop around without breaking line-of-sight and showing a car racing down the beaten road.

You’d be forgiven if you thought this was a real life snapshot, but this is an in-game screenshot.

The Locales Featured So Far

The beginning of the game’s trailer, shows off the jungles surrounding the ancient Mayan city of Uxmal. Uxmal is located on the Yucatan Peninsula, and while I have never been to Uxmal I know the jungles around it from the times I have visited Yucatan, and those jungles look spot on! There are several banana trees scattered around, reflecting the actual vegetation you would see in the region.

Soon after that we are treated to a clip of cars racing across a desert, which Mike Brown makes sure to remind us how expertly detailed the cacti here are. There are several hot air balloons in the background, suggesting that this scene is in or near the ancient city of Teotihuacan, located a few miles away from the country’s capital, Mexico City. Hot air balloon rides are a popular tourist attraction around Teotihuacan.

From there the trailer jumps to a coastal town that looks so much like where my mom’s aunt lives. The architecture and houses look very authentic, down to the brightly colored pastel exteriors. It looks very much like the resort town of Manzanillo in the Mexican state of Colima, but it’s never explicitly said where it is just that it’s “An idyllic seaside town” and that “this is a recreation of Mexico that is honest, authentic, and filled with love” to which I honestly agree with.

The driver then stops in front of what appears to be a mural that could pass for a random art asset, but Mike Brown informs us is a real mural painted by real life Mexican artist, Farid Rueda. The player is then rewarded with what appears to be a checked box titled “Oso Beautiful” implying that the player will be encouraged to explore and see more sites in the game. I really like this as it makes sight-seeing in the game an active objective rather than just a forgetful passive experience!

After that we cut to an image of the gorgeous colonial city of Guanajuato located in central Mexico, which is home to some of the finest old Spanish architecture in the country, and has a really cool silver mine and mummy museum which I loved visiting when I was a teenager. Brown points out that the city has a network of underground tunnels which make for a great setting for the game’s races. The scene transitions to an ongoing race as several cars rush down the streets of Guanajuato and scramble for the dark tunnels.

The last scene we are taken to is a wide active volcano, one of several similar looking ones scattered across Mexico, simply knows as calderas. While it could be based on several of them or just a specific one, it is a nice final example of Mexico’s diverse landscape, and the details of the volcano are amazingly life-like!

You can see the full presentation I referenced in the video below.

I love how much Playground Games seems dedicated to depicting the landscapes and diverse biomes of Mexico in such a beautiful light. Too often when I mention my trips to Mexico to friends or others they immediately ask about drug trafficking and kidnappings. And while that is a real threat, just like mass-shootings and gang violence are real in the US, I want the rest of the world to see that Mexico is so much more than just bad headlines! It has a rich culture and history that most people outside the country are not exposed to. Mexico has a natural beauty to it that I love (although I do not miss it’s humidity). It means so much to me that this virtual Mexico is being made with loving attention and care, and while I have never played a Forza game before this will definitely be my first!

In this article:Forza, Mexico, Racing, Xbox