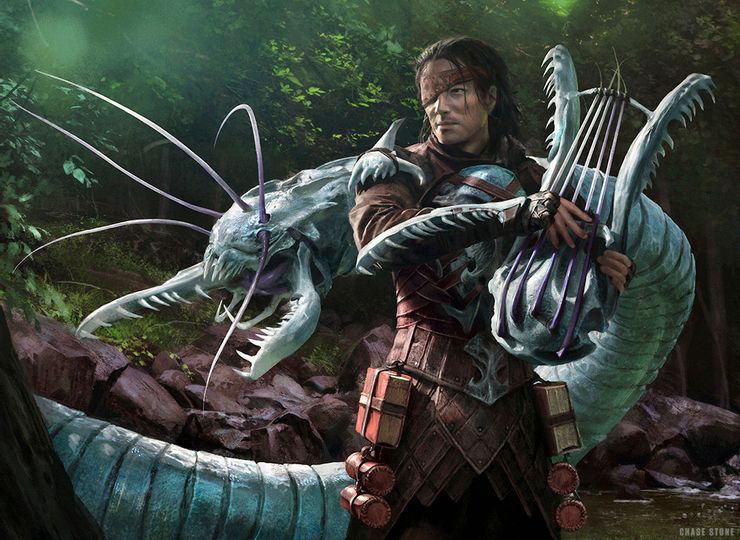 This article of “Dungeon Crawl” will cover the last of the classes mentioned in the “Player’s Handbook”, the charismatic classes of Ranger, Rogue, and Bard.

These classes are best for those that choose to get by on stealth over brute force, guile over aggression, and in general, charm.

If you favor ranged weapons such as crossbows, or classic bow and arrows; If you favor stealth, and hunting, then the Ranger is ideal for you.

Deadly hunters, they are known for tracking down the monsters in the wilderness threatening the edges of civilization. Independent adventurers who are just as deadly on their own, if not more deadly, than in a group.

As you create the Ranger character, think of the skills you want them to have, and how they acquired them? Were they raised by the elves as “Aragorn” from “The Lord of the Rings”? Were their skills gained by surviving on their own as an orphan? What skills do they have? Are they masters of tracking? Are they half-wood elf and gained the abilities thereof? (See the Dungeon Crawl I wrote on Elves).

If you favor the life of a thief, living in the shadows, or working for shady organizations, then the life of a Rogue is for you.

Rogues are generally more chaotic than lawful, but not necessarily evil. Some are assassins, others like “Robin Hood”. When making this character think about the origin of their skills? Are you a street urchin forced to steal to survive? How do you blend into a crowd? Have you joined a guild to hone your skills? Why are you on an adventure?

Rogues are a personal favorite of mine because I enjoy the skills that come with living in the shadows. High charisma, even higher Dexterity. The advantages on discovering traps, or setting traps. Rogues can be very deadly.

Of the three “charismatic classes”, Bards are the most charismatic of them all. Bards are happy, musical, and deadly.

Think of the jester in a King’s court. With music and song to entertain a crowd, the jester can get themselves close to the King, gain the favor of the royal court. Then, when the King is most vulnerable, assassinate with poison.

Perhaps the Bard is less violent than that. Enjoys charming with gift of song, inspiring their companions with encouraging tunes. Choose your instrument, choose your alignment, and let the fun ensue.

This completes the “Dungeon Crawls” covering the Classes. Next “Dungeon Crawl” will look at the steps of creating a character using the dice. If you need an amazing set of dice, head on over to our friends at metallicdicegames.com and use promo code “GNN” for %10 off.