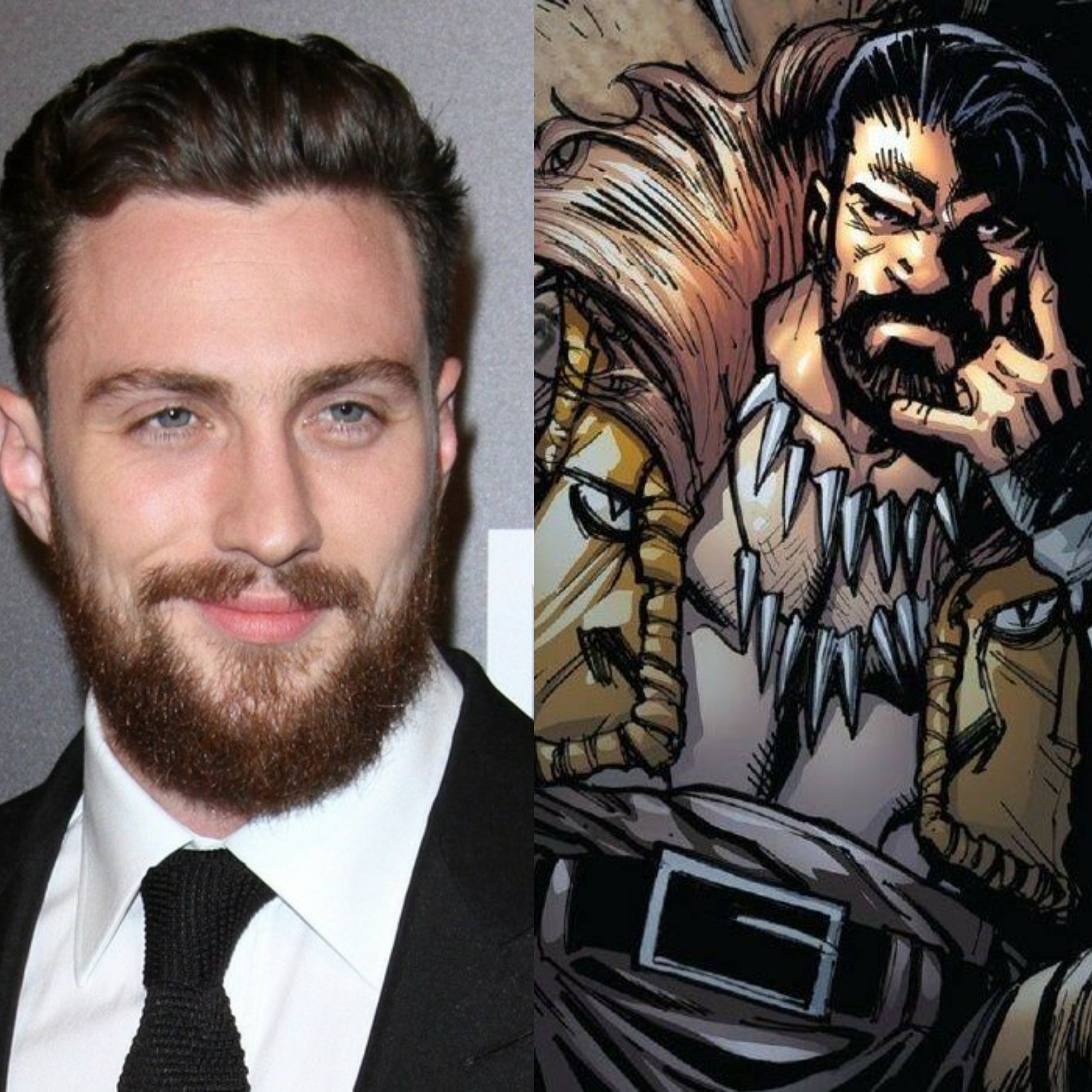 “Kickass” star and the former MCU Quicksilver, Aaron Taylor-Johnson, set to play as Kraven The Hunter in his own solo film for Sony Pictures.  Variety had this to say about his casting as the classic Spider-Man villain:

” He most recently appeared in a supporting role in Christopher Nolan’s “Tenet”; his performance in the recently wrapped production of David Leitch’s “Bullet Train” opposite Brad Pitt so impressed Sony execs that they signed the actor for multiple films as Kraven.”

Johnson has been a rising star on Hollywood over recent years with film roles in: Godzilla (2014), Anna Karenina, KickAss (1and 2), Avengers: Age of Ultron, Tenet, and The Wall. He has certainly grown into a capable actor and it will be interesting to see him turn heel as a comic book villain. But for the uninitiated, who exactly is Kraven the Hunter?

Kraven the Hunter debuted back in 1964 in The Amazing Spider-Man Issue no. 15! He was a renown hunter of big game animals and felt pretty bored without a worthy challenge. He finds Spider-Man to be the ultimate big game trophy and becomes obsessed with defeating him. Kraven is also a founding member of the original Sinister Six, the first team-up between Spider-Man’s enemies, and the only member of the group to not debut on the big screen (for now). In the comics, he is also the half-brother of another notable member of Spider-Man’s Rogue gallery, the Chameleon. Despite being a primary Spider-Man villain, Kraven has been known to come in conflict with Black Panther and Kazar as well.

Kraven doesn’t have particular unique powers or abilities, but he has enhanced his strength, durability, and senses (mostly smell) through a cocktail of mysterious jungle herbs. He is dangerous enough to go toe-to-toe with Spider-Man and Captain America, to get an idea of his combat prowess. Despite being a hunter of big game animals and, to an extent, other humans, Kraven is very particular in how he carries out his hunts. He shuns bows and guns and prefers hand-to-hand and melee weapons; essentially he hunts with honor (for the most part).

Kraven on the cover of The Amazing Spider-Man issue no.34

The real question, however, is ‘What exactly is Sony’s endgame here?” Venom did well for Sony, and there is also the Morbius film nearing release (Yes, I also forgot that movie existed until just now). It’s hard to ignore that all three of these cinematic self-titular characters are members of Spider-Man’s rogue’s gallery. Can Sony get Marvel Studios to play ball? What exactly are the optics here? After all, Spider-Man: Homecoming’s Vulture (played by Michael Keaton) is featured in the trailer for Morbius, so there IS some kind of multi-universe playfulness going on between Sony and Marvel Studios. Will we eventually get Spidey into a tussle with all three at some point (and more importantly done well?)? I certainly hope so.

What are your thoughts on this announcement? Share your comments down below and I will check them out and respond. Check out our social accounts, with our Facebook page here, and our Twitter here.

Spider-Man And PlayStation 5 Had A Breakout Year!

The Quarantine started a little over a year ago, and we now have the full financial data for video games sales from this entire...