Statler and Waldorf to Host Oscars 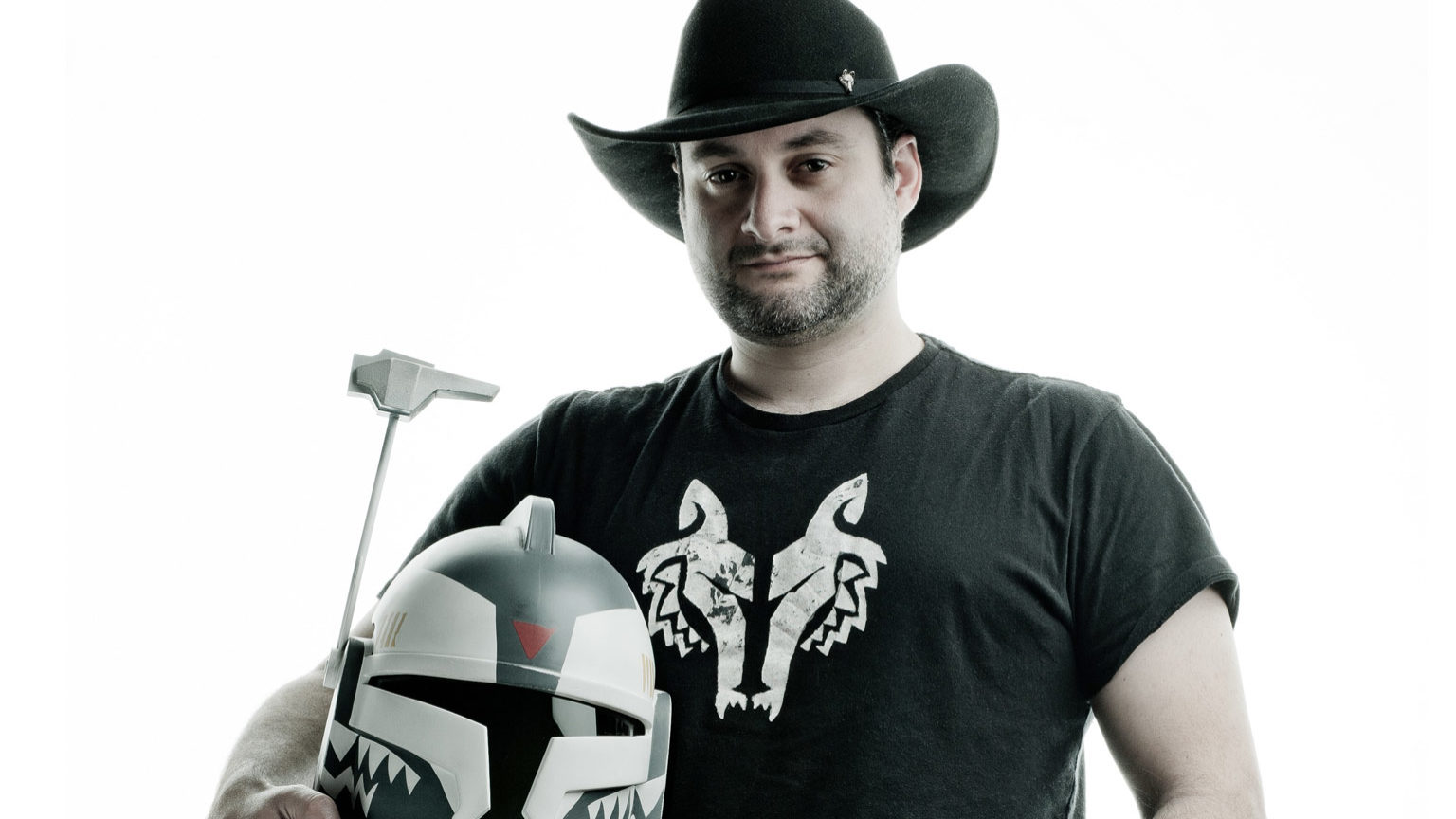 Ever since Disney purchased Lucasfilm in 2012, the fans (much like the Lucasfilm leadership) had been struggling to get a grip on this monstrous franchise. Directors had been fired, show ideas scrapped, others brought back, then shelved, and there was no general sense of vision brought to the table.

The moment Dave Filoni strode onto the famed Presidio National Park, home to Lucasfilm HQ, everyone knew “The Boss” had arrived. Before he had even entered the building housing his new office as the “Supreme Ultimate Executive Creative Mastermind Producer and Lekku Designer”, he began pointing around wildly and causing a great stir with his passion and emotion.

“Ahsoka statues over there! An Ahsoka fountain there!” he gestured with tremendous energy. “Carve Ahsoka into that building! Every single squirrel should have little Ahsoka’s riding them! Get the interns on that immediately!”

“I think you may have gone too far in only one place,” George Lucas (right) remarks to Dave Filoni (left).

Cheers went up from people as he passed by riding the same Boga that Ewan McGregor rode in “Revenge of the Sith”. They rushed to his side, desperate just to touch his boot as trumpets announced his arrival.

“You have no idea how it feels,” one Vice-President said. “The solution to all of our problems was staring us in the face, but it took Filoni to show us. Now we can FINALLY make Star Wars profitable, which was the goal all along. Not just making hundreds of millions of dollars, but REAL money!”

Within hours of Filoni sitting at his desk, Lucasfilm sent out a press release that shocked the entire Hollywood industry and was met with thunderous applause from the fanbase.

Effective immediately, all Star Wars plans are scrapped. Gone. Ended. Thrown into the Sarlacc Pit. Our new lineup is as follows:

I had a moment to sit down with the new SUECMPC while he was furiously scribbling out concepts for one of the Ahsoka Tano series.

“Sir, what will these new series be about?” I asked.

“We’re only covering the most important topics. I’m hiring Michael Bay to be my Exclusive Explosives and Product Placement Consultant so the fans get bigger and more pointless battles with zero tension that has no impact on the plot at all,” he replied.

“Right, but what about Ezra? Thrawn? Sabine? What about their storylines?” I pressed.

“What new characters will there be in these shows?” I asked.

Dave Filoni stopped. His hands went limp at his side, his eyes gave me that “1000 yard stare”, the room itself seemed to darken as he answered me in a flat voice devoid of all emotion. “What…new…characters…?”

I quickly changed the subject. “And how involved will you be with the new Willow film that is coming to Disney+ next year? That does fall under the Lucasfilm banner.”

Not moving a muscle and maintaining the same deadpan stare, he answered in a slow monotone. “There is no Willow, only Tano.”

“Oh come on now,” I said. “You’re overseeing not just Star Wars but everything Lucasfilm is cranking out. Will you be on the set for the new Indiana Jones film?”

This time his eyes locked on me and he spoke with a deep guttural growl. “There is no Indy, only Tano.”

I decided it was a good time to take my leave and allow him to get back to his scribblings. If you read this all the way through then kudos, you’ve discovered this is indeed a satire post written in jest. We here at Geek News Now want to congratulate Filoni on this new move and are eager to see how he does with this position. Be sure to subscribe to us for more news and opinions plus check out our YouTube videos for more hilarity.