By the Power of Grayskull! What To Expect From "Masters of the Universe: Revelation"! 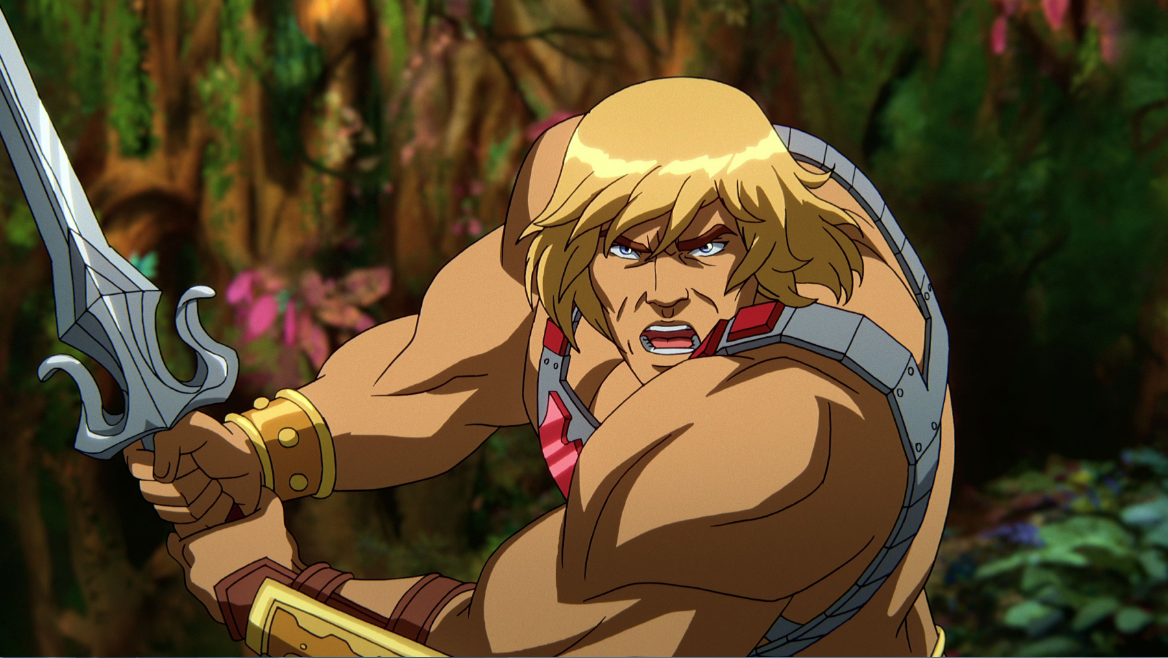 He-Man and the world of Eternia return once again in Masters of the Universe: Revelation (2021)! It looks like an excellent show and promises an intriguing story which new and old fans can get into.

This new limited series cartoon, executive produced and helmed by Clerks (1994) director Kevin Smith, takes us back to where the original 1980s cartoon He-Man and the Masters of the Universe (1983-1985) left off and continues the story; however, this is not exactly the same “kids stuff” of old…

Though don’t expect this series to be the graphic mature stuff of shows like Invincible (2021-present) or the like! And thank goodness for that; seems like so much is going that route and honestly I’d like a show which isn’t so graphic for a change… and He-Man’s new outing will deliver. Honestly, I believe it’s going to be great!

So the word out on the premise: after a “life-changing battle” between He-Man (Chris Wood) and Skeletor (Mark Hamill), Eternia is left in a dire state; subsequently, He-Man’s battle-buddies become estranged and go their seperate ways. The central character is apparently not He-Man, but rather his ally Teela (Sarah Michelle Gellar)! It is she who sets to reunite the gang and solve a mystery about He-Man’s power sword before Eternia is lost.

Teela; ready to fight any opponent! Picture credit to nme.com

Well, I had expected Masters of the Universe: Revelation to put He-Man into the spotlight as all other shows did; I can’t say I thought to put Teela into the lead. I trust that Kevin Smith and his crew have a good idea of how to tell an awesome story which elevates Teela from her past depiction as a minor and not very effective character in the ’80s cartoon. She’s the daughter of the Sorceress and captain of the royal guard; there’s got to be something there to flesh out! I’m looking forward to seeing how she carries the show with the support of He-Man and their friends.

Speaking of them, I’m very intrigued as to what exactly would tear the guardians of Eternia apart… Smith said of this series in a statement “There’s a lot of reconciling with secrets, betrayal, trust, acceptance, love, and ultimately, loss.”

Smith said that Masters of the Universe: Revelation engages our characters — I suppose both good and evil — in deeper ways than before; with “stories of isolation, grief.” Expect “insanely human stories set in a very inhuman world.”

Sorceress and He-Man venture into a dark place! Picture credit to variety.com

Let’s not forget to talk about the artwork as revealed in the recently released pictures of the show: it looks magnificent! Brought to visual life by Powerhouse Animation — the same company which animated Netflix series Castlevania (2017-2021) — the characters all look like their ’80s selves but in a truly barbaric reality of muscle, swords, sorcery, and technology.

I particularly dig the visual choice of making Prince Adam (He-Man’s alter ego) look physically different; he is thinner and smaller, which is a much better spin than the way the ’80s cartoon had both identities look exactly the same but with Adam in princely clothes speaking in a softer voice.

Skeletor returns to make a bad time for Eternia! Picture credit to bloody-disgusting.com

And come on… It’s Mark Hamill as Skeletor! Look out, Joker; there’s a new Hamill baddie in town! Though I hope they don’t have Hamill imitating ’80s Skeletor’s nasally grating voice; I doubt they will, given the more serious vein of this new show.

He-Man astride his brave Battlecat! Picture credit to nme.com

While I’m sure the younger generation may give it a go, I do believe Masters of the Universe: Revelation is intended for — and will primarily be viewed by — the ’80s babies/kids all grown up looking to enjoy both the nostalgia of their youth and a mature take on this particular property. I intend to see it, and I recommend every He-Man fan take a look as well.

Part one of Masters of the Universe: Revelation, which carries five episodes, is slated to premiere on Netflix this July 23rd! Are you excited to return to Eternia and see what happens? Comment below! Also, subscribe to Geek News Now and give its Facebook page a like!

With high ambition and almost no clue as to who and what Superman — and his famous “Death and Return” story arc — is...

Ok. So. Bill S. Preston Esq. and his most excellent friend Ted ‘Theodore’ Logan have a new movie coming out. It promises to be...