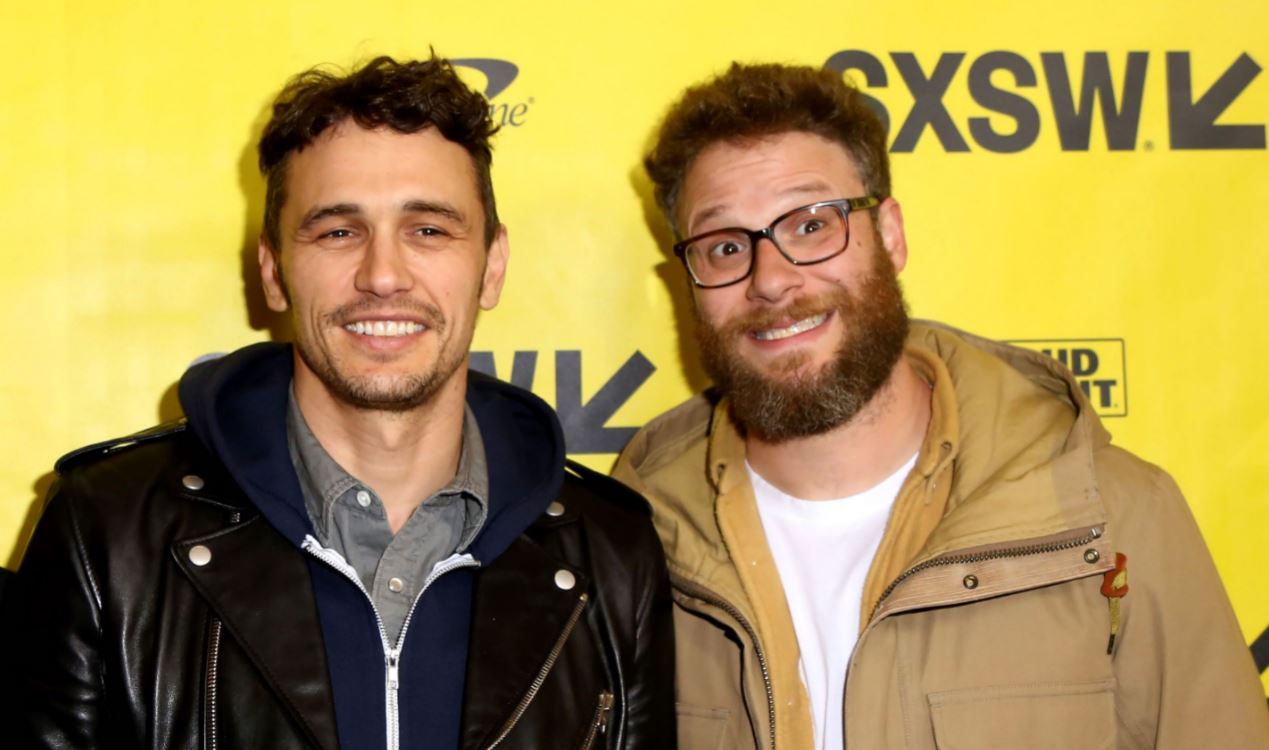 Actor, producer, and director Seth Rogen has decided to end his working relationship with fellow actor, producer, and director James Franco, following allegations starting in 2014 against Franco. This comes despite a statement in “People” magazine in 2018 that he will continue to work with Franco despite allegations. The working relationship of these two actors spans over two decades, and goes as far back to the short-lived tv show Freaks and Geeks from 1999-2000.

If you are a fan of the Marvel/Sony “Spider-Man” movies, you’ll know Franco as playing “Harry Osborn/Hobgoblin” opposite Tobey Maguire as “Peter Parker/Spider-Man”. For a lot of other people you’ll know Franco from such adult-themed films as Pineapple Express (2008), The Interview (2014), Sausage Party (2016), or The Disaster Artist (2017). All of those movies co-created with Seth Rogen.

James Franco (left), the director Evan Goldberg (center), and Seth Rogen (right) on the set of “The Interview.”Photograph by Ed Araquel/CTMG inc

The accusations against James Franco are well documented, and show a history of sexual inappropriateness, including that of an underage girl in England. The transcript of the Instagram conversation, as well as the statement by him, was released by E! Online , and Franco himself has simply called it a “use of bad judgment”.

Now in the year 2021 Seth Rogen, after making millions with his former co-star, has decided to call the working relationship over.

Now, after making jokes about James Franco on SNL with the aforementioned underage girl, and having Franco meet him on stage as a part of that joke, he has decided to call the working relationship over.

Now, after Franco’s 2017 Golden Globe award for “Best Actor”, where five women took to Twitter, and Instagram to make serious accusations against Franco, has he decided to call the working relationship over.

Now, after the success off of the professional relationship between the two actors/directors/producers, does he decide the working relationship is over. I suppose it makes sense now, because before 2017 the #Metoo movement didn’t have any steam,  and despite his comments in “People” magazine in 2018, Seth Rogan wants to continue working in 2021.

“What I can say is that I despise abuse and harassment, and I would never cover or conceal the actions of someone doing it, or knowingly put someone in a situation where they were around someone like that,” Rogen said when asked about actress Charlyne Yi’s claim that he was Franco’s “enabler.” (cnn.com)

And in reference to his comments on SNL:

“Recalling the controversial joke, Rogen told the Sunday Times: “I do look back at a joke I made on ‘Saturday Night Live’ in 2014 and I very much regret making that joke,” adding: “It was a terrible joke, honestly. And I also look back to that interview in 2018 where I comment that I would keep working with James, and the truth is that I have not and I do not plan to right now.” (cnn.com)

Independent.co.uk has a video here of the SNL skit referenced.

It is unclear what moves forward for the careers of either actor, but allegations should be taken seriously, investigated, and if found to be true, then handled accordingly.

If you are someone who has been through sexual inappropriate behavior, or sexual assault, Call 911 and report it. If you know someone who has acted inappropriately, Call 911, report the situation, and maybe don’t go on for seven years to make movies with that person before you decide to distance yourself.