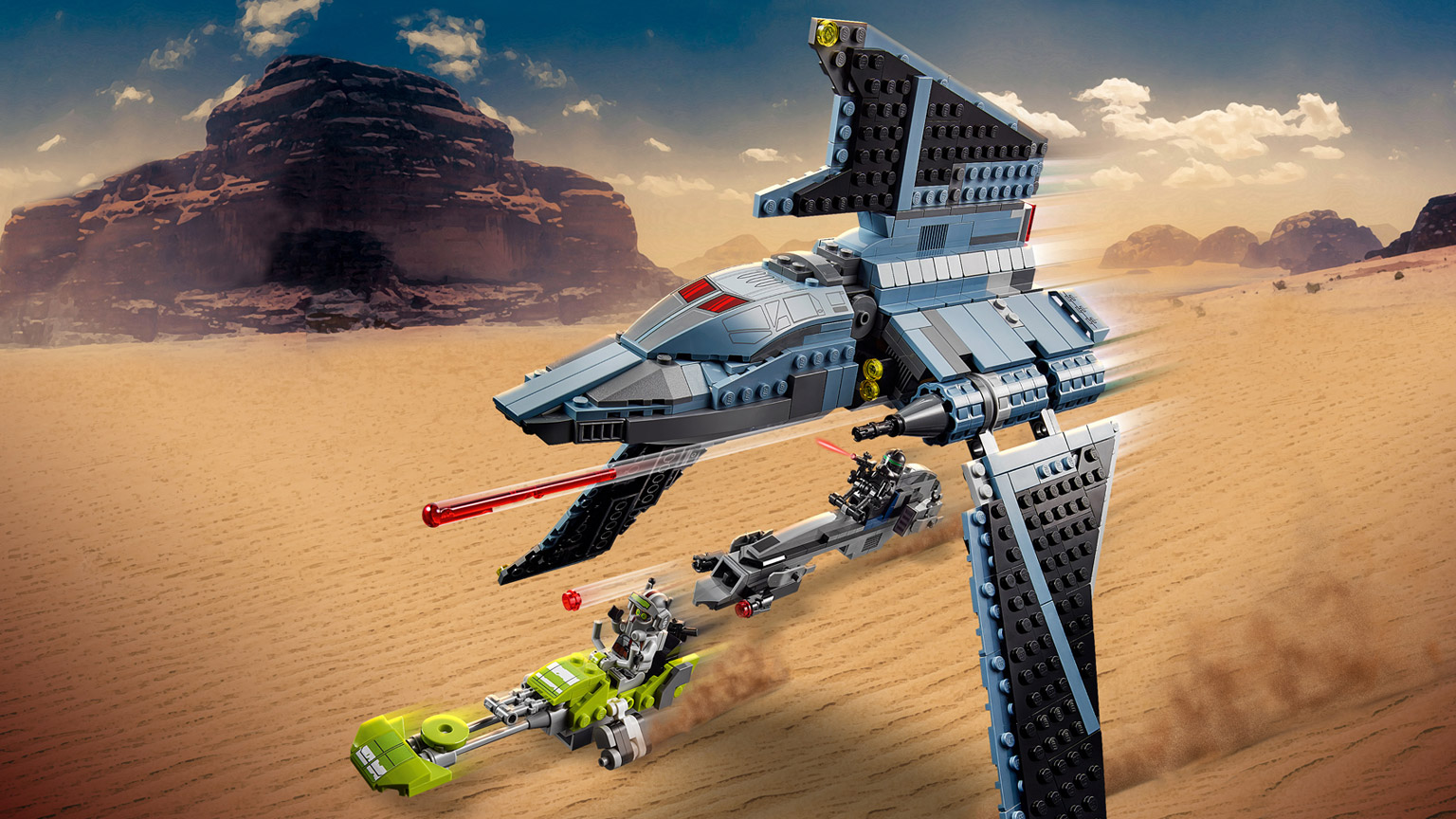 The Bad Batch released on Disney+ this May the 4th and in conjunction Lego released images and the release date for the corresponding Lego set.

The set number 75314 will have 969 pieces and will retail for $99 USD. The set will include the members of the Bad Batch Hunter, Tech, Wrecker, Echo, Crosshair, and a Gonk droid — and at least one spoiler from the super-sized premiere. (Hint: One of these clones is looking a little different than his brothers.)

The set will also include the groups attack shuttle as well as two different speeders that were not in the series premier.

Design Director Jens Kronvold Frederiksen said of the set, “The two speeders are included because we wanted to add some extra value to the set. We know that the speeders will be seen in the show, however, we do not know exactly in which context they will be seen. I guess we will have to wait and see like everybody else.”

You can pre-order your Bad Batch shuttle on the official Lego site, however it will not be released until the rest of he summer wave is released on August 1st. So tell us what you think. Are you excited for not only this set but the series as well? Let us know in the comments.