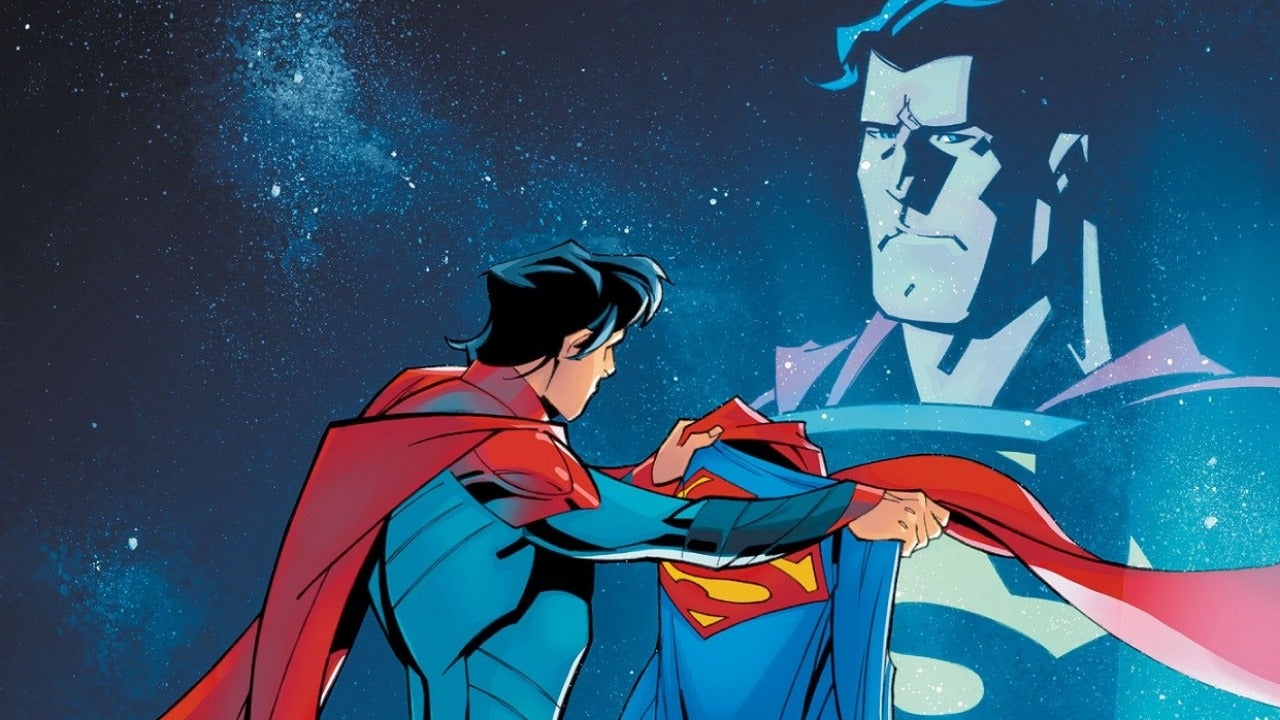 It’s true! Young Jonathan Kent, son of Clark Kent/Superman, will take on the role of Earth’s mightiest protector during his father’s upcoming absence this July. The move is not a great one; it’s pandering and will wipe out Superman’s legacy.

Cover for “Superman: Son of Kal-El”! Picture credit to ign.com

The news comes along with a change in the main “Superman” comic title, a mini-series comic, and tied-in goings on in “Action Comics”. The focus doesn’t appear to be centered on Jon Kent’s new role; rather on our original Superman’s absence as he tries to resolve problems with Mongul’s planet Warworld… Though undoubtedly Jon’s new role features somewhere along the way.

While I’ve little experience reading about young Jon Kent’s adventures as Superboy, I know something of his “future destiny” under Brian Michael Bendis… And as a long-time Superman fan, I am not pleased nor amused. In “Superman” #14 and “Legion of Super-Heroes” #5, it is revealed by the Legion of Superheroes — that band of supers from the 31st century — that the Superman whom people of the future revere is not actually Clark Kent; but his son Jonathan!

The Legion of Superheroes invites Jonathan Kent to join them! Picture credit to screenrant.com

If I could curse in this writing, I would! I’d shout obscenities at this news… Not that I have any problem with future generations making great strides toward a better tomorrow; I just feel that it was absolutely fine when the understanding and story was that the Superman we all grew up with — the man who went above and beyond to set a good example/find peaceable solutions/exemplified the ideals of hope under dark times and doing your best with whatever abilities you have — was the example of being all those strong and heroic things which would unite peoples across the universe.

Brainiac 5 reveals that Jon Kent is the one true Superman! Picture credit to cbr.com

Bendis’ move to make it actually something we just assumed in our world and the DC universe, it’s pulling the rug out from under our feet and then giving us a slap in our faces for our trouble! There was nothing wrong with the legacy as it was. Now making young Jon Kent, for however long, Superman is the next nail in the coffin… And all to justify giving this character a reason to be on the pages.

Not only that, but it seems to me the planned course of making the legacy all about Jon is pandering to a mindset in which only what is young and new can impact any change for the good; anything that came before it is outdated, not to be treated with credibility, and basically useless to the modern way.

The new title for the “Superman” series — called “Superman: Son of Kal-El” — leaves one wondering if the comic name is as far as a change of names goes. This series is from writers Tom Taylor and John Timms, and drawn by Gabe Eltaeb.

Covers for the July Superman titles! Picture credit to gamersgrade.com

What happens during the string of July releases is basically this: while Jon protects Earth, the original Superman finds himself going to Warworld to settle a thing or two and change it into something better for its inhabitants. This will happen through mini-series “Superman and the Authority” — written by Grant Morrison (“Wonder Woman: Earth One”, “The Green Lantern”) and drawn by Mikel Janín (“Future State: Superman: Worlds of War”) — in which the Man of Steel enlists help from Manchester Black, Midnighter and Apollo, Enchantress, Natasha Irons, Lightray, and O.M.A.C. In “Action Comics” #1033, written by Phillip Kennedy Johnson and drawn by Daniel Sampere and Adriano Lucas, apparently this Warworld situation involves Earth; specifically Atlantis and the Fortress of Solitude, and Superman will have his hands full trying to stop a war.

If it weren’t a setup of further cementing Jon Kent’s destiny as “the Superman” from whom everyone will draw inspiration; if it were just about young Kent trying to keep things safe in his father’s absence and Superman doing what he does best — resolving conflict — on Warworld, I’d be interested… but I’m not keen on seeing current penholders of Superman’s story push our long-time Man of Steel aside in the name of “progress”. I don’t recommend this story and don’t plan to pick it up.