Cyberpunk On It's Way To A Tabletop Near You 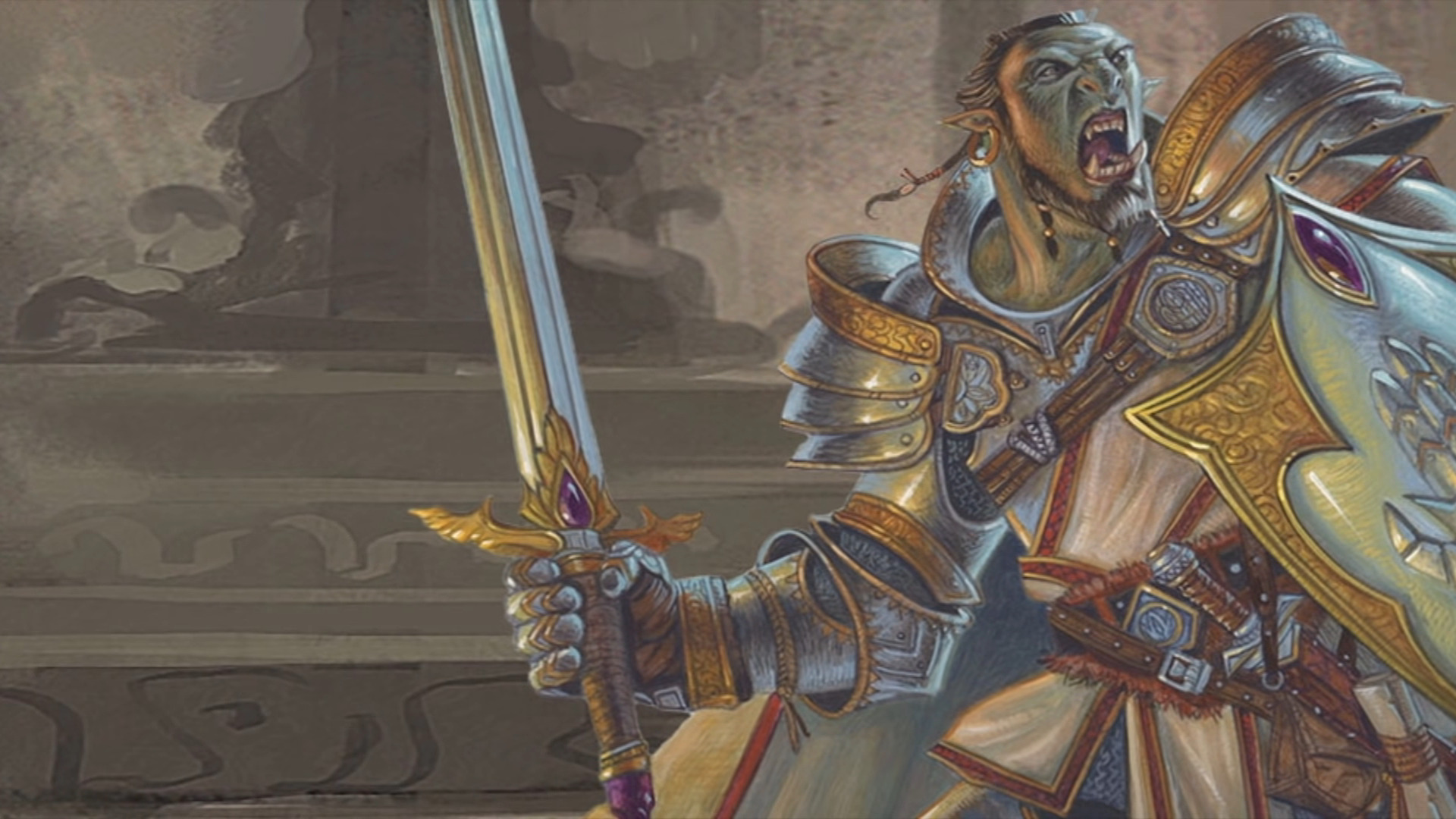 The “Holy Classes” of Paladin, and Cleric, are some of the most controversial in the realms of Dungeons and Dragons. It is one of the reasons there are many groups that exist in the world that try to shut down D&D. The ability to play a Paladin or Cleric is not dependent on if you are theist or atheist. I am going to try and introduce you to the best way to play these characters in the world of Dungeons and Dragons. For context of myself, I am a Christian and often play the character of a Paladin.

First we need to acknowledge that everything in this game, this world, is fantasy. Your actions in the this game have no bearing on the real world. Saving the village from the dragon has nothing to do with your “9-5 job”. It stands to reason by the same context, that your Paladin who worships the elder goddess Chauntea, does not need to have a bearing on your own personal faith. I will also say, that I would not encourage anyone to do, or fantasize, about anything that would violate your own conscience. There are many classes and jobs in the world of Dungeons and Dragons that have nothing to do with any religious context.

As always, for the full context of the classes, feats, and special abilities consult the “Player’s Handbook”.

Clerics can be of any of the races. Think of clerics as “priests on an adventure”. In the world of Dungeons and Dragons Clerics are often called to adventure by their god/goddess. Maybe it is to seal the rifts created by demons of an elder god. Maybe it is to bring the light of the benevolent god Bahamut to the people. Maybe it is a quest to find themselves, or grow their own faith. Be creative when developing the backstory. Why would your faith send you on a mission? What type of god are you a priest for? A Cleric’s personality is often a reflection of his faith, as are the standards, morals, and beliefs.

In the world I have created for my players, the people worship the elder goddess Chauntea as she is the goddess of farming, and plenty. The small villages have crudely made shrines devoted to her. A village Cleric for healing, and prayer to guide the people.

Clerics are also spellcasters of sorts. I tend to think of them as a type of “battle mage”. Traditionally clerics do not carry bladed weapons. Maces, stars, clubs, hammers, staff, crossbows are more the domain of a Cleric. This is because most clerics use blunt weapons as more weapons of defense, than weapons of slaughter. Carrying magic to heal, inspire, and once high enough level, to revive. A Cleric’s spellcasting ability is a gift of the god they follow, and should a Cleric cease following that god, their magic too will cease.

I had a Cleric become possessed by an evil entity and attack the players. All of the spells of healing, and encouragement were turned into spells of malice, rage, and violence.

In the “5th Edition Player’s Handbook”, starting on page 293, is the “Appendix B: Gods Of The Multiverse”. The following pages will list the gods of different realms, what they are god of, their alignment, the domains they possess, as well as their symbol. Think of the deities of Dungeons and Dragons in the same context as the deities of ancient Greece, ancient Egypt, and ancient Rome, and it will make more sense.

The closest analogy I could make for a Paladin would be a Templar Knight or a Crusader. These are warriors on a “holy quest”, sent by their faith into the world. Often clad in full armor, bearing the symbols of their faith, they seek to complete their holy purpose. This is a class that should only be played by players with the intention of always doing good. Upholding law, and righteousness among all they encounter.

In older editions of Dungeons and Dragons, you did not necessarily start as a Paladin, but instead as a fighter on their path to being a Paladin. Choosing to live by oath, and faith. Being trained in the martial arts of combat. Even with all the training in the world, Paladins also carry holy, and healing magic. Even if you start your character as a Paladin, you should consider the backstory, and their training. Any race can be a paladin but it is most common among the humans, half-orcs, half-elves, and dwarves.

Paladins are proficient in all armor types, and with all simple weapons such as swords, staffs, axes, maces, warhammers, etc. Dangerous in combat, but always seeking to uphold the highest ideals of truth, and justice. If a Paladin were to fail in their quest to uphold these ideals, if they change their alignment, or act in malice, they would be stripped of their rights as Paladin, and could lose their magic abilities granted by their god.

Things to think about when creating a Paladin would be: how did you hear your call to your holy quest? Was it a whisper from an unseen god? A message delivered by the symbol of your god? In a trance in prayer? As always be creative. There is no right or wrong here, as long as the core of the character is just.

Having either of these classes in your party can be invaluable. Clerics and Paladins often gain bonuses against the undead. They may have the ability to raise the dead, or heal a group of people at once. They may possess spells that inspire, encourage, and provide strength bonuses. Clerics and Paladins are typically welcomed into most cities, and carry respect with them. Even amongst followers of a different god.

I want to reiterate that if after reading this, you feel either of these would violate your personal conscience, then consider the classes of the warriors, or tune in next week to see the Spellcaster Classes of Wizard, Sorcerer, Warlock, and Druid. Or maybe the Charismatic classes of Rogue, Ranger, or Bard coming in the article after.