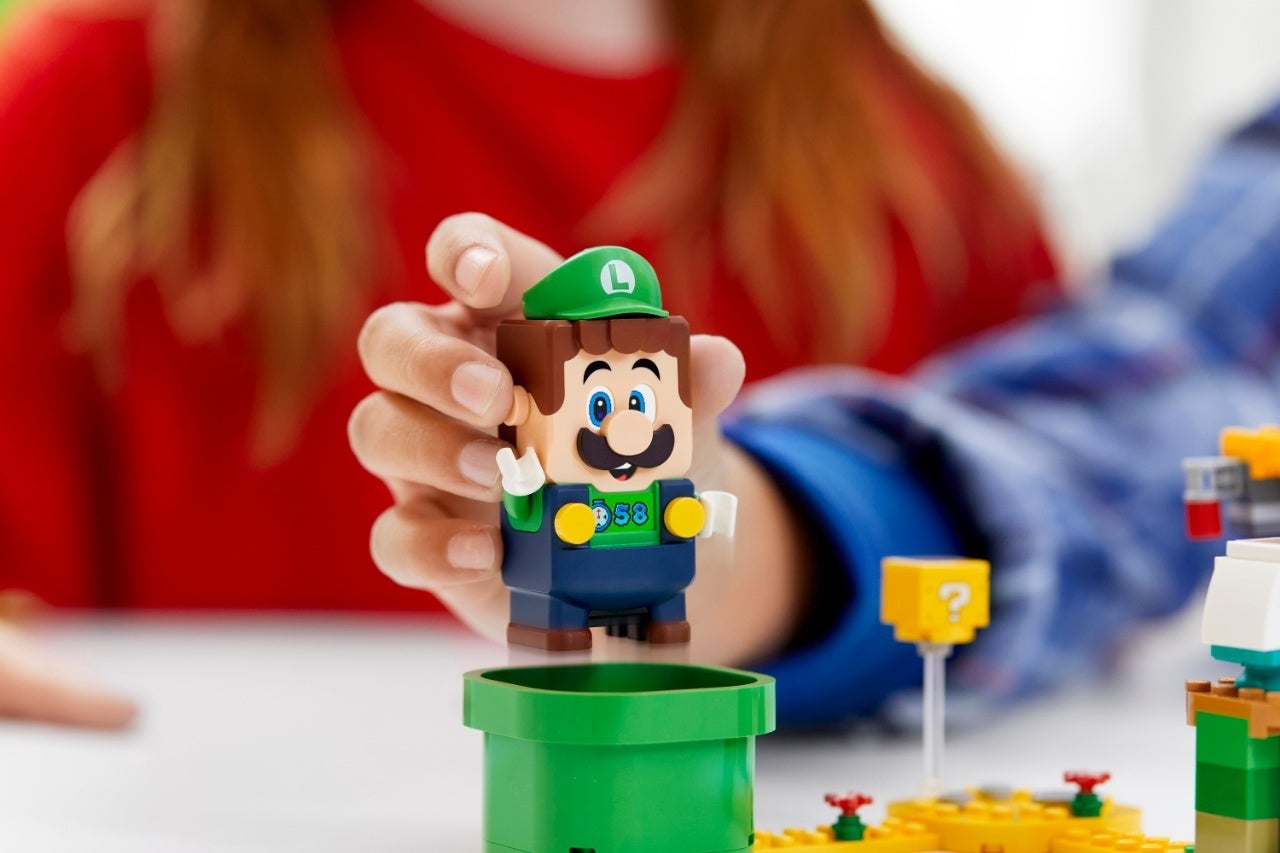 Last year was the 35th anniversary of Super Mario Bros. and the Lego world took notice. In 2020 There were 20 different Lego sets revolving around Mario including a starter set which included the plumber himself. There was one thing noticeably absent and that was Mario’s brother Luigi.

Luigi has been a staple of the Mario games since its inception and when the Mario sets released it seemed to be missing something. One year later Lego has now officially announced that  Luigi will be making his appearance in Lego form. Set 71387 is called Adventures with Luigi Starter Set and is available for preorder now and will release on July 1st for $59.99 USD. The set will include Luigi figure that operates the same as Mario.

If you are unaware the set operates as a Lego set as well as a video game of sorts. The main characters, Mario and Luigi, have built in sensors that react with other elements in the set. There are many sets that have been released that have a wide array of the Mario’s enemies and you can set them up in any way you want to. People can build real life versions of 2D Super Mario levels, including grasslands, deserts and Bowser’s Castle.

The Luigi figure, as compared to Mario, has his own “personality” and unique voice, according to the announcement. He is also one LEGO plate taller than Mario because, well, Luigi is famously taller than Mario. Other than that, however, Luigi is functionally similar to the LEGO Mario and uses the same technology inside with a little LCD screen on the front, color sensor on the bottom, and general ability to know when it’s moving around and play music and sounds.

Th upcoming starter set, much like the Mario set, is the only way you will be able to get the Luigi figure. There will be, I’m sure, a plethora of new sets following this one for Mario and his brother to manage.