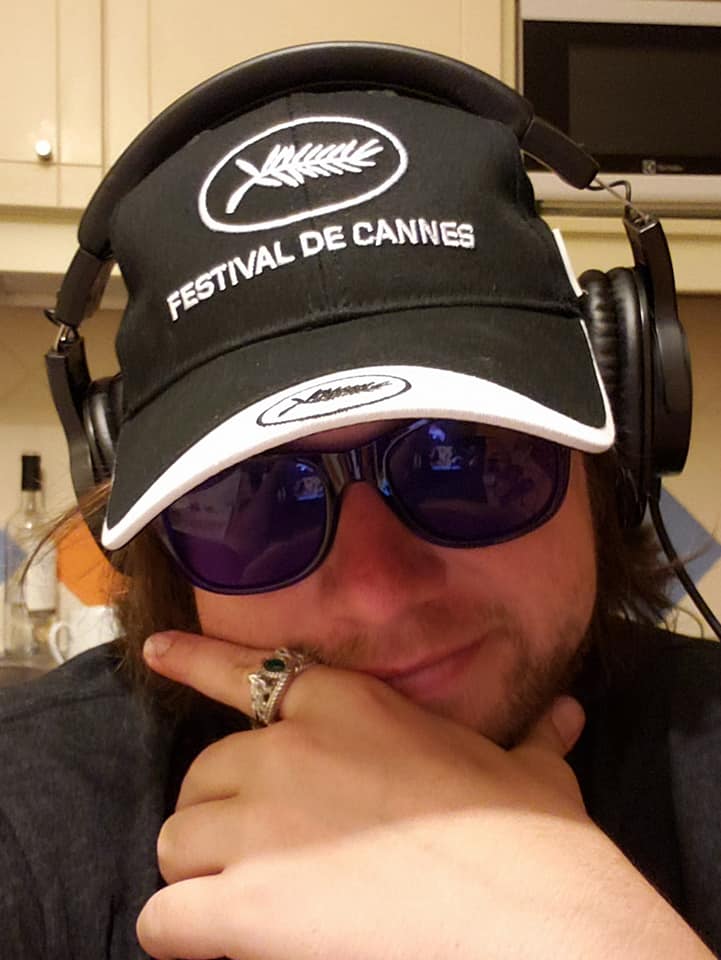 GNN’s Chris Cassidy: leader of the YouTube army for Geek News Now, movie buff, and super geek. I got the chance to sit down with the man behind the mic for shows like “MCU Monday”, “Geek Nonsense Now”, as well as the music videos, and trailer reactions on the Geek News Now YouTube page.

(GNN) Where did your “geekiness” and “nerddom” start for you?

(CHRIS) “Star Wars” for sure. I don’t remember when I first saw the movies, but I have watched them countless times. Other classics from the 80’s and 90’s also became favorites: “Jurassic Park”, “Independence Day”, “Terminator”, and plenty more. Since “the Lord of the Rings” films came out I have probably seen them nearly as much as “Star Wars”. But besides movies I really fell in love with books. I read “The Hobbit” in 2nd grade, and quickly became a bookworm. I was awkward as a kid, and didn’t feel like I fit in, but when reading a book I could disappear into the reality of the story. I have a well stocked personal library, but now that books are available digitally I have at least 20 different books stored on my phone at any given time. On my computer I have even more, including every “Star Wars” book from the “Expanded Universe” that was written before Disney’s buyout (over 270 books). Science Fiction and Fantasy books are my favorite. Some of my favorite authors include Robert Jordan (The Wheel of Time series), Brandon Sanderson (Mistborn, Stormlight Archive, and many more), Jim Butcher (The Dresden Files, Codex Alera), and Richard Kadrey (Sandman Slim), to name just a few.

(GNN) You are the leader of the GNN YouTube Crew, what is your favorite part about that?

(CHRIS)For sure being surrounded by other spirited and talented geeks. Having such a great team to work with frees me from certain pressures and allows us all to follow our passions. That has allowed me to focus on hosting Livestreams (like MCU Mondays, every Monday at 9:30PM EST), and to make Music Videos which I love to do (my latest music video is a Star Wars tribute to Darth Vader using the music “The Day I Tried to Live” by “Soundgarden” https://youtu.be/CitWeSnkuZw ).  Also I get to see the results of what my team members are passionate about. We may all be geeks, but we have different focuses or areas of expertise, and it is very cool to see the different videos, projects, and podcasts that the other members of our team come up with.

(GNN) You are clearly passionate about movies, and geek culture. If you could live in any geek universe, which would it be?

(CHRIS) That’s a difficult question! As a fan of Science Fiction and Fantasy (both books and movies) there are too many choices! I suppose “Star Wars” as it is somewhat of a Space Fantasy, combining magic (The Force) with space travel. But also more classic fantasy settings like “the Lord of the Rings” are tempting as well. Who wouldn’t want to live like a Hobbit!? Then again there is always a reality like “The Matrix” or “Ready Player One”, where there is a virtual world where you can do anything, but those seem more like an escape from an otherwise grim reality rather than being truly alive. But if the steak still tastes like a steak… let’s just say Star Wars.

(GNN) I understand you have a background with studying film and audio/visuals. Can you tell me about that?

(CHRIS) I originally dropped out of College to pursue a career in Stand Up Comedy. Before that I was planning on being a writer. But I eventually went back to college to follow what I was truly passionate about, which was storytelling, specifically through movies. As much as I love books I know not everyone does, and movies are an interesting form of storytelling I had always loved. I never thought I would end up editing or working with special effects. I planned on learning how to write for films, which I did as well. When I took my first editing class I thought I was doomed. It seemed way too much, way too hard. Eventually though I got the hang of it, and then fell in love. Editing is like putting the pieces of a puzzle together, but you control what the final picture looks like. With different shot order or length, different effects and sounds, you can change the nature of the story being told. Once I became better at editing I realized I could make my own compositions. Have you ever been listening to music, and a song comes on, and you can see in your mind images that go with the music? Sometimes when I hear music scenes from movies start playing in my mind and I realize the song is perfect for a certain movie or movies. When this used to happen to me I just wished someone would make a YouTube video like what I saw in my head. After taking the editing class, I realized I could do it myself. Now when I hear a song and start seeing images in my head, I take notes and make plans for making another music video. All of the music videos I have made can be found here: https://www.youtube.com/playlist?list=PL3cGQ48rgU95UiWfKkTJKOmrOUgutHfYf

(GNN) If you could sit at the feet of any director, or musical composer, who would it be?

(CHRIS) Not actually a director or composer, but I would love to meet Joseph Campbell. He was a scholar who identified the “Hero’s Journey” by studying storytelling, and myths common to all of humanity. His relentless study of humanity and how we learn from stories are what inspired George Lucas to make “Star Wars”, and “The Hero’s Journey” is a guide used by most all of Hollywood still to this day. Every Pixar movie goes through the steps of the hero’s journey, and studying the teachings of Joseph Campbell opened my mind more than anything else ever has. If you are curious, I would highly recommend the mini series “Joseph Campbell and the Power of Myth”. It is six episodes long, and I have watched it several times in addition to reading many of his books. The mini series breaks down a lot of the more complicated or scholarly topics into much more easily digestible segments. There may be other ways to find it online but it is available for purchase here for only $12, and it’s the best $12 I have ever spent. https://www.amazon.com/Joseph-Campbell-Power-Myth-Moyers/dp/B07BC2VHHJ

(GNN) What are your future goals with the GNN YouTube Crew? Anything in particular you are really looking forward to covering or reviewing?

(CHRIS) Well once Conventions are back I know myself and others are looking forward to being able to attend and share our experiences. Personally I am also excited for several music video ideas, as well as starting some informational series focused on storytelling and film. Essentially I plan on breaking down the steps of the “Hero’s Journey” and explain it using popular films and stories. On the other hand I also plan on making some videos examining the aesthetics of popular films. That is, focusing on the techniques used by the filmmakers to achieve what they want. This ranges from color theory, to camera angles, to shot length and composition, and more. And I can’t wait to see what the rest of the team comes up with, especially since we are looking to expand our team so we can have more videos on all sorts of topics coming out all the time!

(GNN) I like to ask everyone I interview, if you could have any one superpower what would it be and why?

(CHRIS) If it’s one superpower I would prolly say “Super Rich”. I mean I would say mind control, but only to get rich, and once you are rich you can do whatever you want. Can’t fly? Buy a plane. Superman’s farm gets repossessed by the bank? Buy the bank. Money can’t buy happiness, but it can buy things that make you happy. “Paid for Peace of Mind”. Other than that I would say I would want to be a Wizard, or in “Star Wars” a “Space Wizard”, but they usually have more than just one specific superpower. so yes, “Super Rich” gives you the most options.

Be sure to head on over to the Geek News Now YouTube page and hit the “Subscribe” button along with the notification bell to stay up to date with everything Chris and his team are working on. Also, be sure to bookmark the Geek News Now website to not miss any of our coming information, articles, contests, and giveaways. Follow us on Facebook, Twitter, Youtube, and Twitch. Stay Geeky my friends.