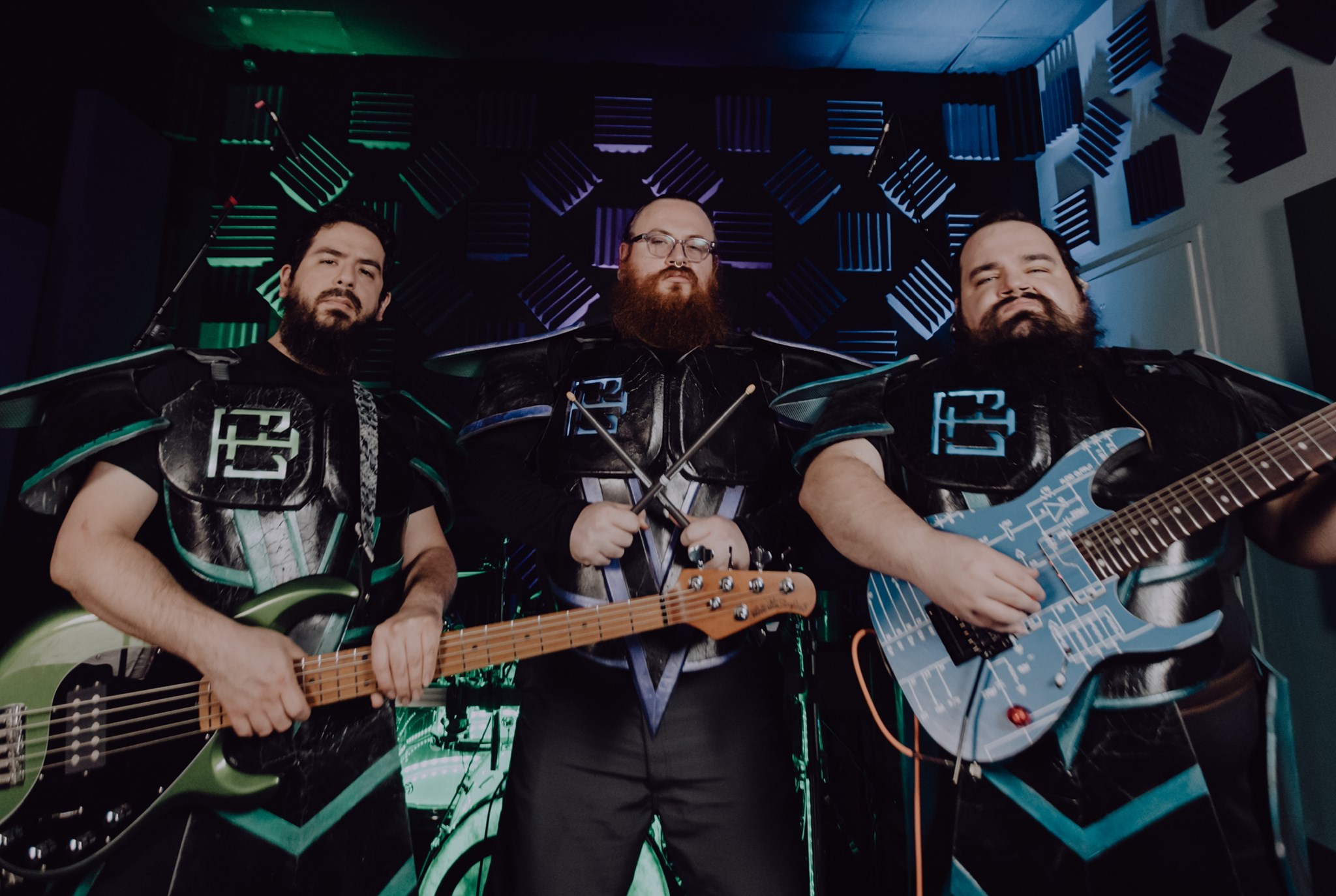 There are many words to describe Joseph Devine, but his actions clearly speak louder than his words. A long-time San Antonio resident, Joseph expresses his geekiness in two unique ways. First, he is in the band “Bitforce” with many performances under his belt, including at PAX South for numerous years, and he owns a Music Academy on the north side of the city. I felt he has more than earned a GNN Spotlight on him and his accomplishments.

Like what you’ve read so far? Check out their VGM streaming telethon on April 10th! Save that date on your calendar!

GNN: What is Bitforce? Did you immediately settle on the “sound” you wanted or did you have to work that out a bit?

Joseph Devine: We are a band that reimagines video game, anime, and cartoon music into heavier compositions. The last album was probably where we found our sound, as we released an album of our original compositions that are inspired by video games and movies.

GNN: Your biggest success story is…?

JD: Honestly, we’ve had a lot. I’d say, touring with Mega Ran and being on stage in front of 5k people while he proposed to his wife was probably the most magical. Financially, touring with mc chris for 2 months. (Sold out several shows) and had to restock merch 3 times. Mentally, releasing this new album of original music. There’s no better feeling than people enjoying music you wrote.

GNN: You started up the Wizard Music Academy. Why did you want to start that? How did you deal with the COVID pandemic?

JD: So, I’ve been wanting to do studio for a long time. I definitely wanted the Bitforce guys to be involved and somewhere another. But, I had a lot of success doing audio and video for conventions, that I didn’t really have the free time to open a studio. A few years ago I got into teaching a few days a week, and I fell in love with it. Helping students learn how to express themselves through music is so rewarding.

When Covid hit, I lost all my contracts for conventions. I had no income coming in, but all the free time in the world. So, I sat down on the couch for weeks and started to write out a business plan. I was helping my buddy Ray shoot these Bob Ross style videos to show at the children’s hospitals, when I discovered a big empty unit next to Level Up Art Gallery at Rolling Oaks Mall. I was curious about the space, and was introduced to the mall manager.

A month later, I signed the lease and my brother-in-law Shawn, started the build out. The studio was geared to helping kids get back into music. We’ve probably helped around 40 students so far. It’s now home base for Bitforce and I couldn’t be happier.

GNN: If you could sit down with one video game composer from any console, who would it be?

JD: This is tough, it would either be Koji Kondo or Mick Gordon. I grew up loving the Zelda compositions, but Mick’s Doom OST is so heavy and full of crazy synth sounds. I think sitting with both would be a dream.

GNN: Your biggest challenge is…?

JD: Trying to be in better health. It’s super important to have lots of energy for all these projects. Being out of shape has slowed me down, and I struggle with it everyday.

GNN: What is the best thing about performing?

JD: Honestly, everything. There’s no better feeling than working tirelessly on music just to present a 45 min set and share your energy with the crowd.