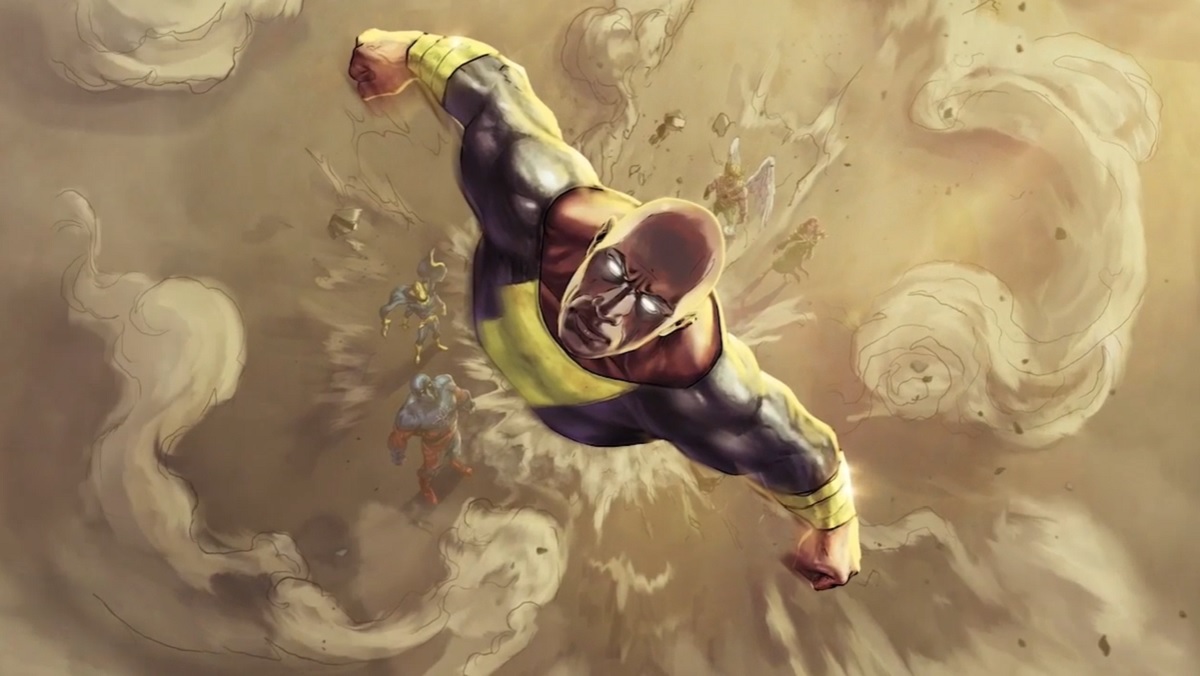 Dwayne “The Rock” Johnson as DC’s former villain and lately antihero Black Adam… Fans are waiting for this to happen; and waiting still for news of the coming movie featuring said actor in the lead role. Nerdist shared the facts of what is currently known about this production and I, for one, am jazzed to see what’s coming!

Though much is still unknown about the movie, here’s what can be divulged so far:

Black Adam stars Johnson as the titular character; though whether he’s a villain or an antihero is unknown. But Johnson’s personal Instagram message on why he digs Black Adam makes it lean more towards “antihero”.

“BLACK ADAM is blessed by magic with the powers equal to SUPERMAN, but the difference is he doesn’t toe the mark or walk the line.” said Johnson. “He’s a rebellious, one of a kind superhero, who’ll always do what’s right for the people – but he does it his way. Truth and justice – the BLACK ADAM way.

Johnson also said this of his reason for liking Black Adam:

“As a kid, Superman was the hero I always wanted to be.” said Johnson. “But, a few years into my fantasy, I realized that Superman was the hero I could never be. I was too rebellious. Too rambunctious. Too resistant to convention and authority. Despite my troubles, I was still a good kid with a good heart – I just liked to do things my way. Now, years later as a man, with the same DNA I had as a kid – my superhero dreams have come true. I’m honored to join the iconic #DCUniverse and it’s a true pleasure to become BLACK ADAM.”

I can respect Johnson’s take on the character; he’s not a villain exactly, but rather a person who does what he feels is the right thing while willing to walk outside the line to achieve good ends. This would make for an intriguing lead character who was traditionally a simple villain.

Besides Johnson, the movie has James Bond actor Pierce Brosnan as Doctor Fate, Quitessa Swindell as Cyclone, Noah Centino as Atom Smasher, and Aldis Hodge as Hawkman; other actors, such as Marwan Kenzari, are also cast but in currently undisclosed roles.

The movie is going to be a spin-off/sequel to Shazam! (2019), being focused on Black Adam himself. The plot beyond this is still not known to the public. My guess is that they’ll probably take the origin story of Black Adam and throw it in with how he gets to the present day since he is a character from ancient times; then they’ll have him face off against Doctor Fate and members of the Justice Society of America.

Jaume Collet-Serra — director of such films as Orphan (2009) and House of Wax (2005) — directs the Black Adam movie. Drafts of the script have come from Rampage (2018) writer Adam Sztykiel, and The Mauritanian (2021) writers Sohrab Noshirvani and Rory Haines. I saw House of Wax when it hit theaters; it was not good… So I don’t think I’ll hold my breath for Collet-Serra to give something well done.

Dwayne “The Rock” Johnson looks right for the role of Black Adam! Picture credit to ew.com

As far as the official release date for Black Adam, Johnson himself posted on his Instagram recently that the movie will be out on July 29, 2022! There isn’t word yet on whether the release will be exclusive to theaters or if it will also release on HBO Max which has become customary given the ongoing COVID-19 pandemic.

I hope to see Black Adam in theaters! Johnson certainly makes a good appeal for the character and why he wants to play him; I can’t wait to see this antihero come to life on the big screen and see to justice his way!