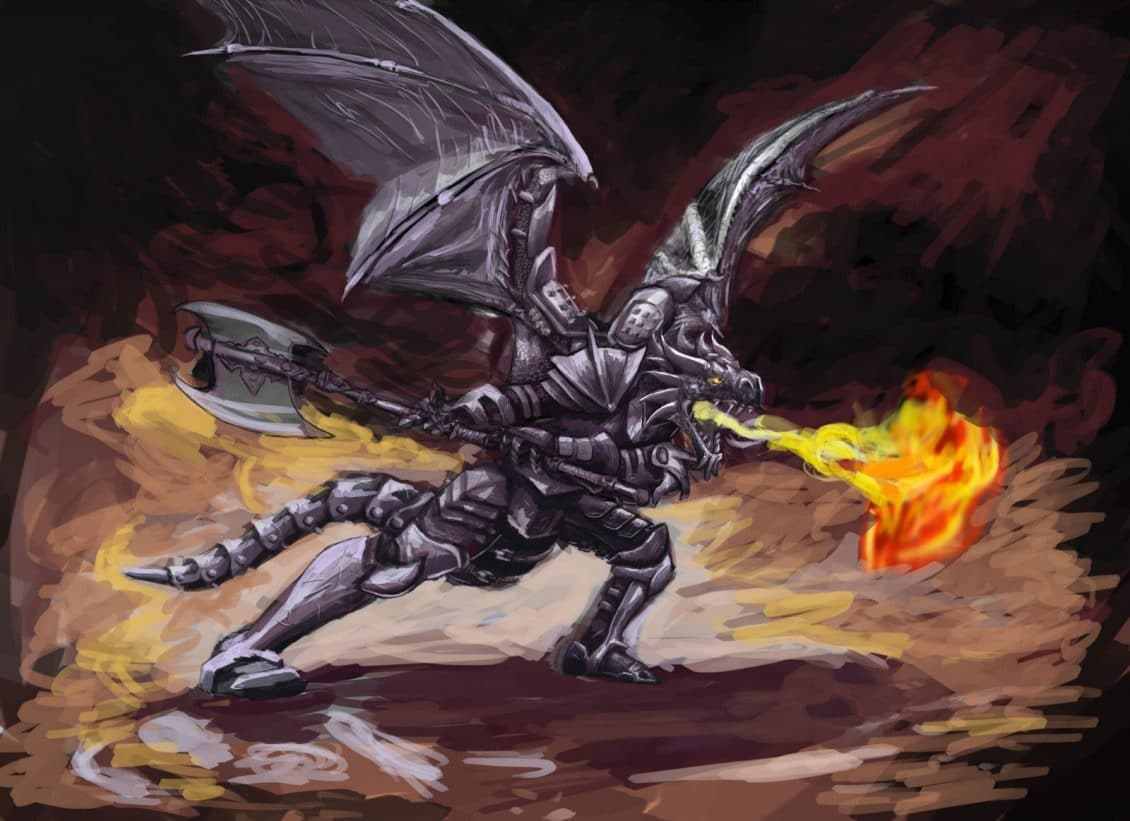 In the realm of unusual, and fantastical races, we have two that I find to be most compelling. The first of which is the Dragonborn.

First appearing as a defined race in the “Player’s Handbook” for 4th edition, and now as a major character and race in the world of 5th edition, Dragonborn can be a lot of fun to play.

So what is a Dragonborn? Simply put they are “humanoid dragons” but they are not however half-human. Standing erect, and bipedal, with no tail or wings, they are walking Dragons. Descendants of the Great Dragon god Bahamut as they are labeled by many, they exist in a world where clan supersedes all other obligations.

Bound to their clan, all things, including worship to their gods, comes before the needs of their clans. This can make for a very interesting character race to play. Why are they questing? What is their goal? Are they trying to bring honor and glory back to their clan? Are they exiled from their home and seeking redemption by bringing back something that their clan would value? The possibilities of backstory are endless so be creative and bold.

As they are essentially part dragon, Dragonborn gain a heritage ability known as the “Draconic Ancestry” feat. I have a chart below that I have made based upon what is found in the “Player’s Handbook 5th Edition” as well as detailing more specifics about their ability bonuses. More specific details would be found in the “Race” section under “Dragonborn”.

Dragonborn chart, made by me

The current game I am Dungeon Master of has a player character that is a Dragonborn Ranger named Sarina Delmirev. She is the last of her tribe, and seeks to bring honor to her clan’s name. Skilled in the ways of nature, survival, stealth, and is particularly perceptive, she survives well outside the Dragonborn clans in a world where she towers over even the tallest of humans. She is teamed up with a Dwarven Barbarian named Vondal Brawnanvil, and a Half-Elf Sorceress named Faen Galonodel. Together they set off together to right wrongs, help where they can, with her own end-goal of keeping her clan’s name alive.

Sarina, drawing by me

The opportunity to play a dragon-based character in a world called “Dungeons and Dragons” can present many interesting opportunities for Dungeon Masters as well. For any current or would-be Dungeon Masters who are reading this, consider the implications of having your Dragonborn player being the only one who could understand a red dragon’s riddles. Perhaps their ability to read Draconic, leads them down a path of history, and mystery, to discover the lich-dragon’s gold. Maybe the party of characters has a hard time in a particular city because the citizens fear dragons and their kin. The possibilities for amazing story telling, and compelling adventures grows by adding in a seven foot tall, walking dragon.

Based on the chart you see above, or the details you see in the “Player’s Handbook”, what Draconic Ancestry would you like to play? Let us know in the comments below. Next week we will take a look at the final race we see in the “Player’s Handbook”, Tieflings. Also, be sure to bookmark (Ctrl+D) the Geek News Now website to not miss any of our coming information, articles, contests, and giveaways. Follow us on Facebook, Twitter, and Youtube. Stay Geeky my friends.