John Biscardi - The Geek and I Podcast Host 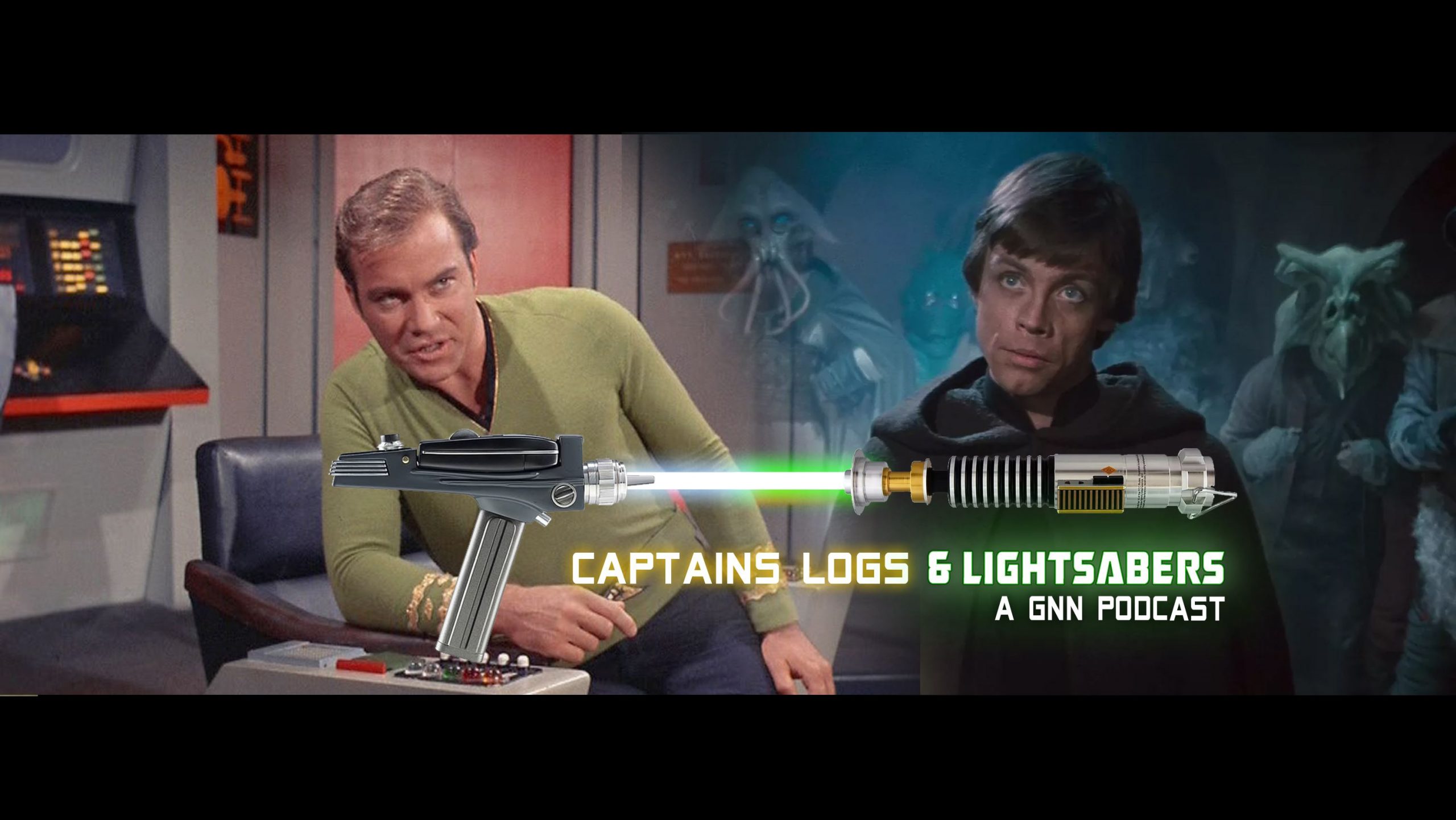 We recently sat down with Jonathan Hile, the host of the “Captain’s Logs and Lightsabers” podcast for the Geek News Now network. This podcast is the only one on the network to speak about Star Trek and Star Wars news, movies, series, and more. You can catch their show on:

1. What is “CLL” and where did the desire to start this come from?

Captains Logs and Lightsabers is an ambitious attempt at finding the common threads between Star Trek and Star Wars to show that they’re really not so different from one another at their cores. We’re trying, one episode at a time, to combat the “feud” that supposedly exists between the fans of each franchise.
My cohost, Chris Stough, and have been fans of both franchises. He has a near-encyclopedic knowledge of Trek, has been to multiple Star Trek Las Vegas conventions as well as local cons in the Pittsburgh area. Myself, I have a deep knowledge of Star Wars, consuming books, comics, animation, film, and television projects in A Galaxy Far Far Away. This, I believe, creates a unique dynamic between us and allows us to make those connections.

The format of CLL is fairly simple: we discuss the news (confirmed stories, no rumors or click-bait stories) from both franchises, occasionally feature segments like ship or character of the week, and then end each episode with our feature discussion. This is the part that makes our show unique in an ever-growing sea of Star Wars and Star Trek podcasts. It’s where we analyze a film or TV episode from both Star Trek AND Star Wars and find the similarities and highlight the differences between them. Some episodes have us choosing a favorite out of what we watched, while others don’t necessarily have that component if they’re too dissimilar to one another

2. The best, and worst, moment from each franchise is…?

Star Trek’s best moment(s) – Honestly, it’s anytime we get to see the lens of humanity pointed at non-human characters in the franchise. Star Trek had always been about the human condition and striving to become better, to become more than our current station. This is important now in our society more than ever, as we learn to live again coming out of a global pandemic. I go back and watch the journey of Data in TNG as he struggles to understand emotions, humor, and ultimately sacrifice.

In Star Wars, I truly find the character arc of Luke Skywalker to be the most intriguing. I’ll probably get some hate for this, but the ways in which he was poised to rebuild the Jedi order at the end of Return of the Jedi, yet he failed to redeem the Jedi order when he lost Kylo Ren to the dark side. He went into exile just like Yoda and Obi-Wan did by the end of ROTS, because he failed what was meant to be his destiny. Yeah, it’s a downer, but Star Wars is equal parts hero’s journey and tragedy.

Luke Skywalker from “The Last Jedi”. Image from StarWars.com

I hesitate to use the word worst because I don’t truly think that anything in either fandom is that awful. If I had to choose a moment from Star Trek, it’s the unceremoniously way that Tasha Yar died in TNG. We were just getting to know her character, and then in the blink of an eye, she’s dead. I have no issues seeing characters in shows die when it serves the story well, but her death did not.

For Star Wars, my least favorite moment is currently the slow chase segments between the First Order fleet and the Resistance Transports in The Last Jedi as they flee towards Crait. However, I recently learned that this chase scene is heavily inspired by WWII era naval films and specifically the tense submarine battles that occur in such films. I have to go back and watch the film again through that lens to see if it helps improve my opinion.

3. Describe your time with GNN. What have you learned from it?

I’ve learned a lot about the promotional aspects of podcasting, specifically from a social media aspect. It’s not just about putting out a tweet or post that announces a new episode, or something upcoming for the show. Social media serves as a way to grow an audience and get exposure, and the best way to do that is encourage engagement from others by asking questions and responding to any answers we get. It’s also important that we shout out on the show those that take the time to comment or tweet about the show.

4. What is your “dream” for CLL with GNN? Headlining a comic con? Interview a big star? Something else?

My current “white whale” guest to interview for the show is Paul Sun-Huyng Lee. He can be seen in The Mandalorian as Carson Teva, the X-Wing pilot for the New Republic who rescued Din and Grogu from the ice spiders in Season 2 and offered the marshal position to Cara Dune later in the season. He’s a huge Star Wars and Star Trek fan and he just seems like he would be a lot of fun as a guest.

The crowd outside the Anaheim convention center.

My dream for CLL as part of GNN is to be able to attend Star Wars Celebration and Star Trek Las Vegas in a professional capacity. To have a booth on the convention floor, right in the middle of the action would be awesome. You never know who would wander by and to just be able to engage with fans, creators, actors, etc. would be incredible!

Absolutely, but I have to be in the right mood for it. Pineapple on pizza is especially good with a smoky BBQ sauce instead of red tomato sauce. But you can’t truly appreciate pineapple on pizza until you’ve had the fresh stuff in Hawaii! It’s a game changer!