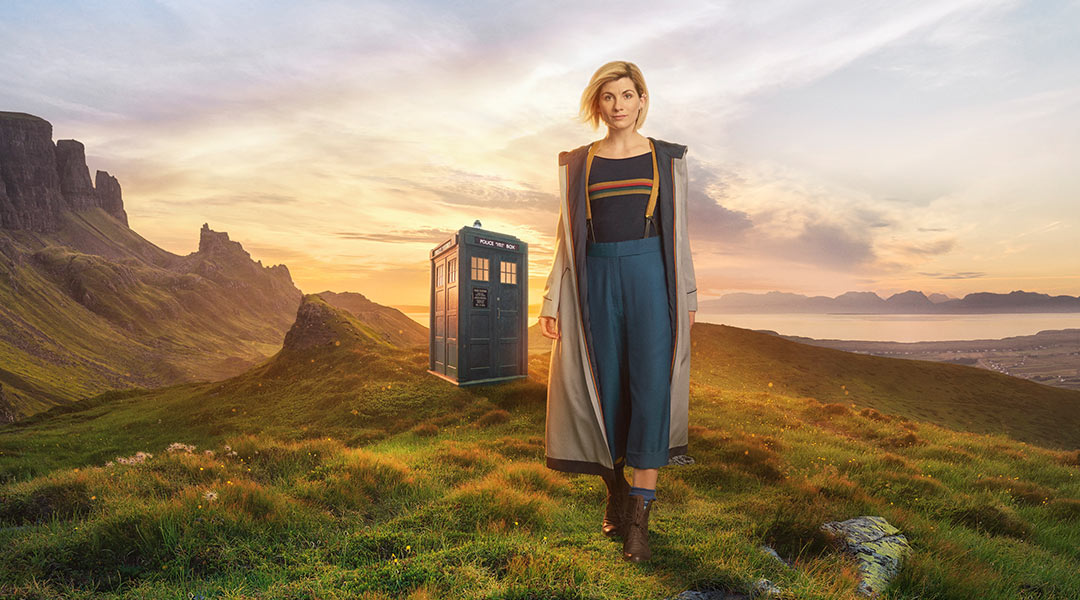 If Jodie Whittaker left the role of The Doctor after her third season in the BBC hit series Doctor Who (2005-present), it would be a big mistake! After two seasons and two holiday specials, she’s had plenty of time to make the role all her own as her predecessors did; but I’m *still* waiting to see Whittaker have a breakthrough “Doctor” moment. Through no fault of her own, Whittaker’s Thirteenth Doctor is underdeveloped and held back and it shows every episode; I say she just needs more time and showrunners/writers who aren’t afraid to have her Doctor face impactful challenges.

Speculation on Whittaker’s departure after a third season picked up a little in January of 2021 and the BBC has so far only said to Digital Spy: “We won’t be commenting on any speculation around Jodie’s future on the show.”

Minus Ninth Doctor Christopher Eccleston, most Doctor actors seem to give it three seasons before they bow out for the next actor to take on the role… Whittaker’s not done yet and I want more from her Doctor than the showrunners give.

Thirteen smiling at a new adventure ahead! Picture credit to variety.com

Personally, I think her acting is great! She’s energetic, silly, caring, and adventurous enough! All these things compose who The Doctor is to some degree in any incarnation.

Whittaker could make a great Doctor if it weren’t for the lack of weighty decisions, choices, consequences, or drive in the stories; on The Doctor, that is… Most effort at any of these elements seems to go into her companions, and even then it’s hit or miss. It seems we’re supposed to think the shows of late have all those things because most every episode has The Doctor tackle a problem based on a real-world issue we face (or have faced); we see her lead her “fam” through each adventure, stuff happens to them, we address whatever the real-world problem is and that’s the sole focus, the end.

Jodie Whittaker’s Thirteenth Doctor looking rather dismayed; dare we hope something impacts her in any way? Picture credit to syfy.com

But when is Thirteen *really* challenged in any of these ways? Compared to her predecessors, she hasn’t been; not yet. The biggest challenge is that she isn’t taken as seriously by the men she encounters in her travels; which *is* a real challenge that deserves addressing, but one of the points of having our first woman Doctor was to show that a woman can indeed handle the same challenges as the men have done in the role… If her biggest problem she faces is solely that being a woman means not being taken seriously, in the huge variety of problems The Doctor faces (or has faced) in these adventures, then we’re doing Thirteen a great disservice by not asking for more as well.

Meaning simply let Whittaker’s Doctor have to ask herself some hard questions on an adventure; let her be challenged or affected by the actions and the choices! The other Doctors were to some degree in more ways than one.

The Doctor since the 2005 series re-launch; including current Thirteenth Doctor Jodie Whittaker! Picture credit to io9.gizmodo.com

Nine on occasion faced the choices and consequences of his having destroyed Gallifrey, its people, and the Daleks with it; Ten faced his own ego certainly toward the end of his run when he became “Time Lord Victorious” briefly and when he had to choose between saving himself or Wilfred Mott; Eleven faced love and loss with his own “fam” Amy Pond and Rory Williams, and Twelve faced the very essence of war between two peoples and what it meant to be who he is — “I am an idiot with a box and a screwdriver!” — and Thirteen-…

…Well, that’s my point: Whittaker’s Doctor hasn’t yet faced the hard questions in her time.

Fans of Geek News Now from its exclusive Facebook group “The GNN Greats” were asked their take on Whittaker departing the role:

“I like Jodie [Whittaker] as The Doctor, but I don’t think the writers/showrunners have done the best job at giving her scripts and stories that play to her strengths, similar to what happened with [Eccleston] and Capaldi.” said Jason Brady. “I also think there’s plenty of room for more stories; I’d really like one or more episodes where Jodie visits former companions (Donna and Bill come to mind). That said, whoever takes up the sonic screwdriver, I really hope they get the right stories and writing.”

I feel between the showrunners and some of the Doctor Who fans someone isn’t asking for much more than “sci-fi stuff happens, The Doctor is *always right*” and that’s about it. Ask for better! Ask for more elements of the soul to be undertaken and shone in the spotlight! It’s just not happening so far in Whittaker’s run and with a third season coming I believe she deserves a chance to show how her Doctor could take on hard questions, choices, and even consequences. She is capable of so much more if you’ll just ask it of her in the storytelling!

More sad news was reported this morning by Comicbooknews.com. British actor Geoffrey Palmer died at the age of 93 in his home. One of...

Allons y! David Tennant and Catherine Tate are joining fans for a Doctor Who watchalong of the Season 4 double-episode finale The Stolen Earth...