Mandalorian Star Has The Support of Cast 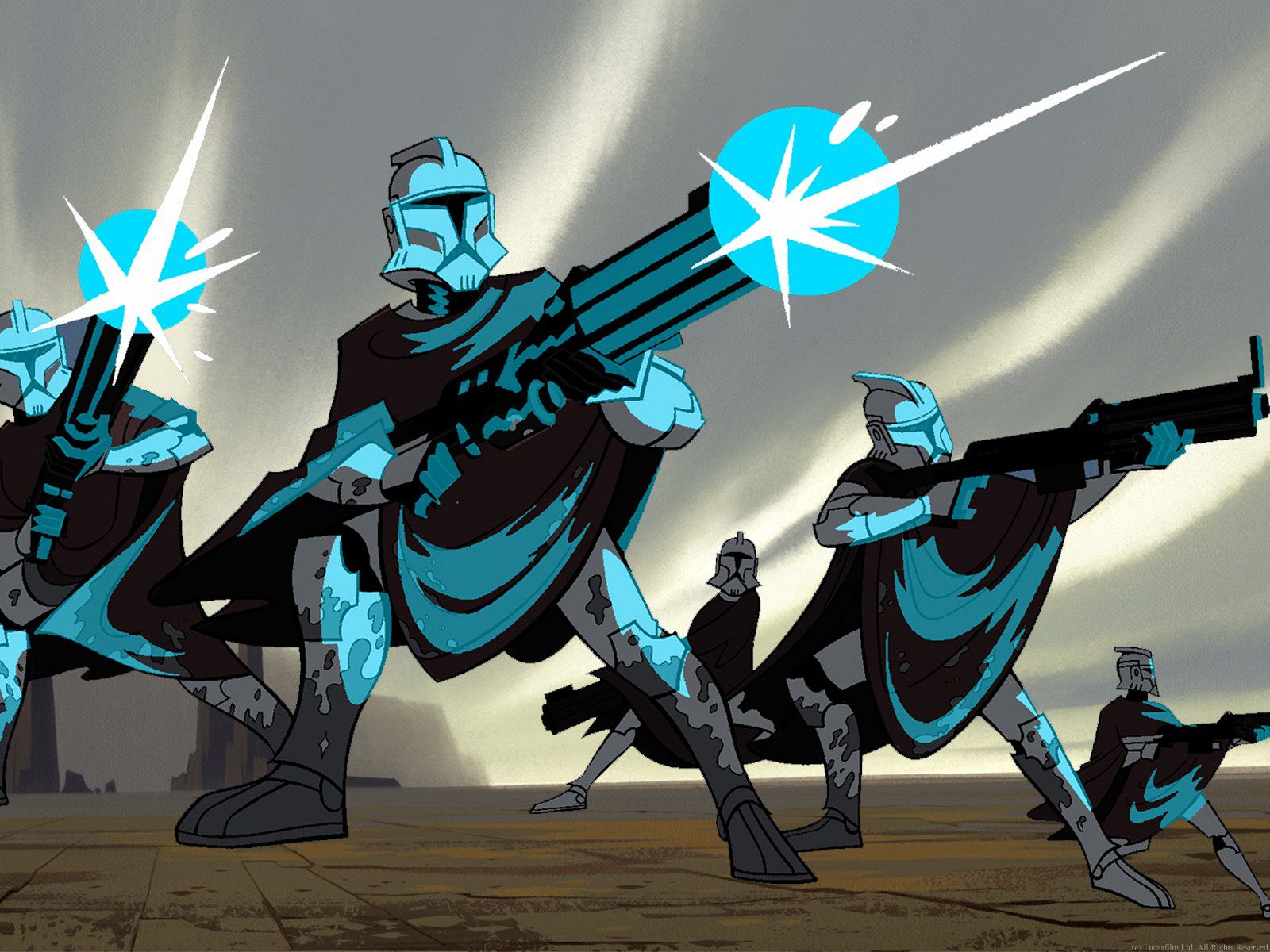 In 2003 long before we had the Dave Filoni masterpiece Genndy Tartakovsky treated fans to to his vision of the Clone Wars. If you are unfamiliar with his work he is most known for his work on Samurai Jack and Primal. The animation style is brilliant and the stories were intriguing. They were released in two seasons of 10 episodes of five minutes each and a third season of five 12 minute episodes. There were times that there was no dialogue at all but the animation itself told the story. It began shortly after the battle of Geonosis and had its series finale as General Grevious kidnapped the Chancellor which kicked off Revenge of the Sith.

Star Wars: Clone Wars comes to Disney+ in April. Disney announced the edition to the streaming service’s library on Tuesday, along with the list of its other April releases. The series first broadcast on Cartoon Network from 2003 until 2005, and this is the first time it will be available to watch legally since it debuted on DVD during those same years.

Though a hit with fans, Star Wars: Clone Wars is no longer a part of the official Star Wars canon, supplanted by George Lucas and Dave Filoni’s 3D-animated follow-up, Star Wars: The Clone Wars. The Clone Wars often presented the conflict in the tone of a high adventure serial. Tartakovsky’s Clone Wars (like the Star Wars comics published at the time) leaned more into the idea that this was a war story. As such, it includes some stunning animated action sequence as the Jedi and the clone army battle droids, General Grievous, and the Sith Lord Count Dooku and his apprentice, Asajj Ventress.

Despite Star Wars: Clone Wars no longer being canon, Tartakovsky did notice some similarities between his work and Star Wars: The Force Awakens. “The [Force Awakens] opening sequence with all the Star Destroyers crashed on the planet, that was literally, exactly the setting that we did for when we introduced General Grievous,” Tartakovsky told Digital Spy after seeing The Force Awakens. “It’s even the same silhouette and everything. I mean, they could have come up with it without seeing ours. But it seems too suspicious, you know? And nobody credited us. A few people caught it, but it certainly, to me, was like, ‘Wow! Hey! Look at that! That’s exactly what we did!’ Well, you know, yeah, I’ll take it.”

Are you excited about Genndy Tartakovsky’s Star Wars: Clone Wars coming to Disney+? Let us know in the comments. All three seasons will be available to stream on April 2nd.