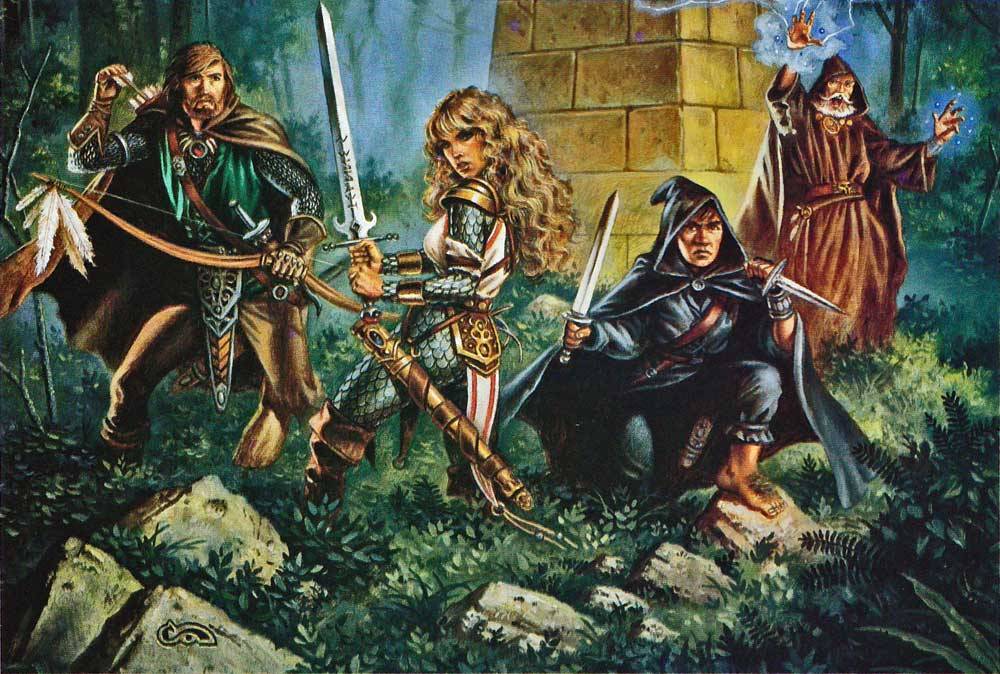 In the world of Dungeons and Dragons the half-races are actually extremely common. In general, most half-races share a Human component plus another race such as Elven or Orc.

It is theoretically possible to create half-half variations and I will address those near the end of the article. 5th edition D&D doesn’t have any set rules on creating additional race combinations but I have some tips later on to help you do this yourself.

The “Player’s Handbook” discusses specifically two half-races: Half-Elf and Half-Orc. In both of these cases, the dominant gene can control their appearance.

In the case of a Half-Elf, your traits would be a mixture between the two parentages. You might have fair skin and round eyes, but no pointed ears. To Humans, a Half-Elf looks like an Elf, and to Elves, they look Human. Half-Elves are considered to be fairly common and are often accepted in the same communities that and Elf would be welcome.

Half-Elf Ranger, image from Fantasy Pics In on Pinterest

According to the lore of Dungeons and Dragons, and half-half mixture with Orc genes, takes the Orcish resemblance as the dominant trait. Many Half-Orcs look like regular Orcs, if not slightly smaller in some ways. Full blood Orcs can always tell the difference, even if most others can’t and many Half-Orcs decide to live in other Orc clans. The “Player’s Handbook” mentions that of the other races, Humans are generally the most accepting and many Half-Orcs live in human colonies.

Half-Orc Fighter, image from Fantasy Pics In on Pinterest

Both races have special traits unique to them. Like previous articles I have created a chart below to help with your decision on choosing. Half-Elves make excellent Rogues, and Magic Users. Half-Orcs make excellent Fighters, and Barbarians.

Half-Elf and Half-Orc chart, made by author

In my current adventure, we have a Half-Elf Sorcerer named Faen Galonodel. She is not the tallest of the Half-Elves but is a powerful magic user. She relies on wit and wisdom to handle conflicts than outright confrontation. She once destroyed several Kobolds by sneaking up to their guard tower disguised as a rodent, and lit the wooden structure on fire with the “Burning Hands” spell. They never saw it coming, nor could they escape. Faen is also famous for taking cover and casting “Magic Missle” which has a guaranteed hit on 3 of her targets in her field of vision. What she lacks in armor and size, Faen makes up in a clever use of spells.

But what if you want to make a mixture of other races? Maybe you want a Dragonborn-Orc or a Dwarven-Elf. Since the 5th Edition handbook doesn’t have specific rules on creating mixed races, I would first consult with your Dungeon Master on any special restrictions they want to place on the character. What is below is my flowchart I came up with to help you develop such a character. One thing to keep in mind, is that artificial insemination likely does not exist in the realm of Dungeons and Dragons, so give some logic to if it is possible for the races to mate. Just because they are both canines, does not mean a Great Dane and Chihuahua are likely to produce offspring. A Dragonborn-Gnome, while technically possible, is not probable.

Custom race half-race chart, made by author. Consult your own DM for their rules

Next “Dungeon Crawl” we will look at Humans, Gnomes, and Halflings. Be sure to comment down below the type of half-race character you would want to play or have played in your game. Also, be sure to bookmark (Ctrl+D) the Geek News Now website to not miss any of our coming information, articles, contests, and giveaways. Follow us on Facebook, Twitter, and Youtube. Stay Geeky my friends.

In this article:dungeons and dragons, Half-Elves, Half-Orcs, RPG, Tabletop RPGs