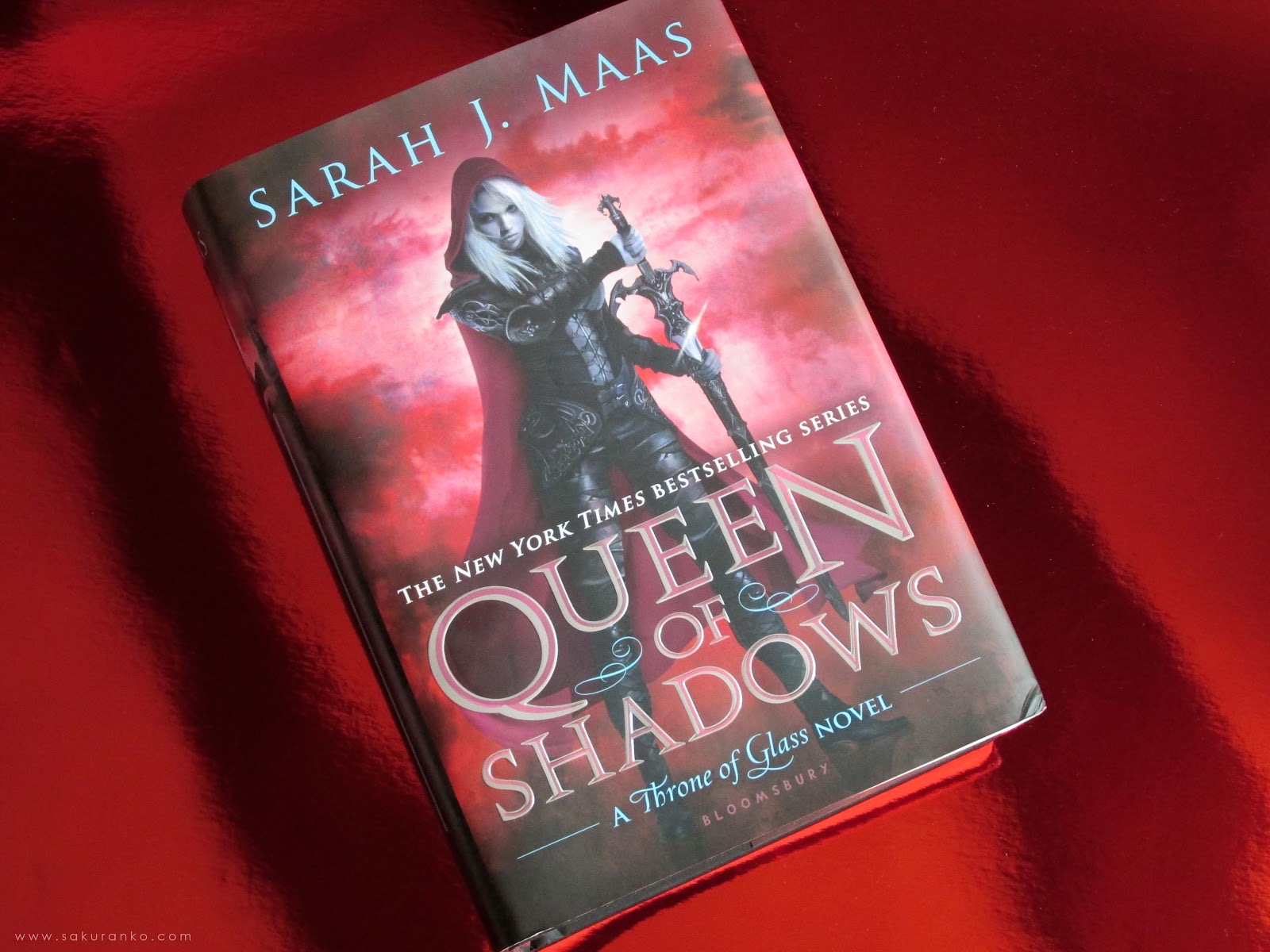 The Texas “Snowmageddon” trapped me in my house without electricity and the luxury of scrolling through Tiktok when I got bored. Instead, I took that time to pick up a book.

And damn, do I have some things to say about it.

Like always, there are spoilers ahead for Queen of Shadows. Read at your own freezing risk, because I indeed was under at least four blankets while I emerged myself in this story.

The fourth book of the Throne of Glass series starts off kicking, when my favorite demi-fae queen moves back to Adarlan to meet with an old mentor, the same one whose actions got her locked away in a salt mine years ago. The king of assassins has finally returned, just as arrogant and distasteful as before. This man…he’s a disgusting predator is what he is. He crushed on Aelin when she was a child.

Yeah. Don’t even get me started on him. His wealth and riches could only go so far, especially for Aelin, who meets to work with him, hoping to save her cousin who had been locked away to be executed. To blend in, Aelin dyed her hair red to hide her natural blonde color. He offers to help her in exchange for a demon. She has to capture a freaking vlag for him.

Speaking of vlag, my boy Dorian, my favorite cinnamon roll, has been possessed by one of those things. There are multiple chapters, usually only one page, where I saw Dorian’s perspective, and how the demon drowned and suppressed him until he gave back and let it take over. I was so upset about that. Listen, Sarah J. Maas, you can’t do that to my boy Dorian. You’ve already killed his love interest and murdered Aelin’s best friend. Leave the poor prince alone.

Even Aelin said to leave him be. Chaol, though, his best friend, won’t settle for that. Now that Aelin is back, Chaol, along with Rowan, a new character named Nesryn, and Lysandra(a character introduced in Assassin’s Blade) work to build Aelin’s defenses as she moves to take down the King of Adarlan.

It’s Lysandra who explains how the king of assassins, Arobynn Hamel, was the one that got her captured in the first place and the one who got Aelin’s first love brutally murdered.

Girly, I figured this out as soon as it happened. How, with all of your greatness, with your fire magic and your little avengers squad did it take you this long to figure this out? Wait–You didn’t even figure it out. Someone had to tell you.

Did I roll my eyes and face plant my forehead into this book? Yes. Yes, I did. Several times.

Don’t get me wrong, I loved this book. I loved this series so far, but there were plenty of moments where I just had to shake my head. One was when Aelin’s cousin Aedion gets pissed at her for letting Rowan take a blood oath to her. The other times were every time Chaol so much as breathed. Nesyrn was okay. I didn’t really like her much because she kept flipping sides and changing what her goal was in the middle of missions.

And do you remember when I mentioned in my Heir of Fire review that I was excited for Manon and Aelin to meet? Well, the queen of Terrasen and the witch wing leader did meet, and…well…they had a few things to say to one another. Manon tried to kill Aelin, and then Aelin saved Manon’s life while freaking out because Rowan had taken an arrow hit that was meant for Aelin.

It was an eventful few chapters to say the least.

Sarah J Maas has a wonderful still to randomly introduce me to new characters and make me fall for them in just a few paragraphs. I fell for Lysandra, a beautiful young woman who can shapeshift her appearance and change her body into any form(which means animals as well). Sadly, without magic, she’s stuck in her human form, with features that aren’t her’s. Because she changed her appearance to look more attractive, to survive, she can’t even remember her real face.

I didn’t like her in Assassin’s Blade, but I love her now. Even without her shapeshifting powers, she, with Aelin’s permission, killed the king of assassins in his sleep.

Yeah! You go girly! No one liked him anyway, not when he killed the vlag Aelin brough for him and then tried to mind control Aelin with the vlag ring that controlled the vlag in the first place. Nope. Unredeemable. You murdered Aelin’s first love, sent her to slavery, tried to rape and cotrol her, raped Lysandra and killed so many more. You’re done.

Switching gears here–I’m jumping back to my favorite witch, Manon. While she trains and leads the other witches on the backs of wyverns, we are introduced to a human, with witch blood in her bloodline, named Elide. She’s a crippled young woman who was only crippled because after she broke her ankle when she was younger, her uncle didn’t trust any healers, which meant her ankle healed incorrectly. When Manon finds out that Elide is part witch, she takes her into the witch clan and has Elide spy for them, to see where the Adarlan king and his goons are taking their fellow witches, and what is being done to them.

I…I don’t even want to go over what happens to them. What the king is doing, along with the demons that crawl this world, is horrific, as they basically turn these witches that are given up into demon baby factories.

Then, when Elide’s uncle finds out that she is part witch, he snatches her up, too. Manon is the one that breaks her out and saves her, gaining help from Lady Kaitlin, who destroys the mountain that this is all happening. The last thing Elide sees is the rock imploding on itself while she clutches Manon tightly.

Do I ship Manon and Elide? Yes. Will it happen? Probably not.

What ship do I see happening? Well–I see a few ships happening. If you don’t know what a ship is, here’s the definition. It’s a wonderful Gen-Z slang that is used all the freaking time.

I see Aedion(Aelin’s cousin) and Lysandra. I see Aelin and Rowan (obviously) and surprisingly, even though they only spoke once, I see a ship going down between Manon and Dorian. She is able to speak to Dorian, and scare away the demon that held his mind. Manon was the one that told Aelin that Dorian was still in there, trapped, but still alive in his own body. I see that ship going down, probably later in the books, but…I’m hopeful.

And I’m just going to throw this out there–Dorian and Manon, if they ever get together, are going to have a hella kinky relationship. It’ll be fantastic.

The ending is…well…the ending had me at the edge of my seat. Rowan and Aedion break the wards that have been keeping magic suppressed, which then allows Aeli to whip out her fire powers and for Lysandra to turn into a snow leopard. Then, after Chaol distracts the king, Aelin frees Dorian from the demon that holds him, allowing both him and Aelin to finally kill the king of Adarlan with their magic combined.

Chaol isn’t dead, surprisingly, but he paralized from the waist down. At the end of the book, he is sent south with Nesryn to be taken care of by healers so that he can walk again.

This book was fantastic from start to finish, from the amazing developed characters that are all unique, to the action and emotional roller coasters that pushed and pulled me, to the description that was so vivid and wonderful that I forgot that I was reading. There are many authors who will introduce and have a bunch of characters, but aren’t able to make me care deeply for each member of their cast list. Sarah J. Maas does, and she does it beautifully.

And so, Elide is on the run with a Wyrd key, a key that could lock away the demons for good, as she looks for Aelin. Manon is reporting back to the general under the king, who is still fighting for the man who was killed. I don’t think Manon will stay there very much longer, not as her instincts, no matter how brash and harsh and animalistic they may be, are telling her that something there is very wrong.

Aelin and her court(Rowan, Aedion, Lysandra) turn back to Aelin’s country, as she finally, after ten years, goes to fight for her people and reclaim her throne.

With the king gone, who could stop her?

I have a feeling, for the next book, that the king wasn’t the real villain all along. I have my money on Aelin’s own aunt, Queen Maeve. I bet this powerful fae queen has been the one that’s been really stirring the pot and has been waiting for the perfect time to strike.

I can’t wan’t to find out in the next book, Empire of Storms.

In this article:book review, Emma, Queen of Shadows, throne of glass