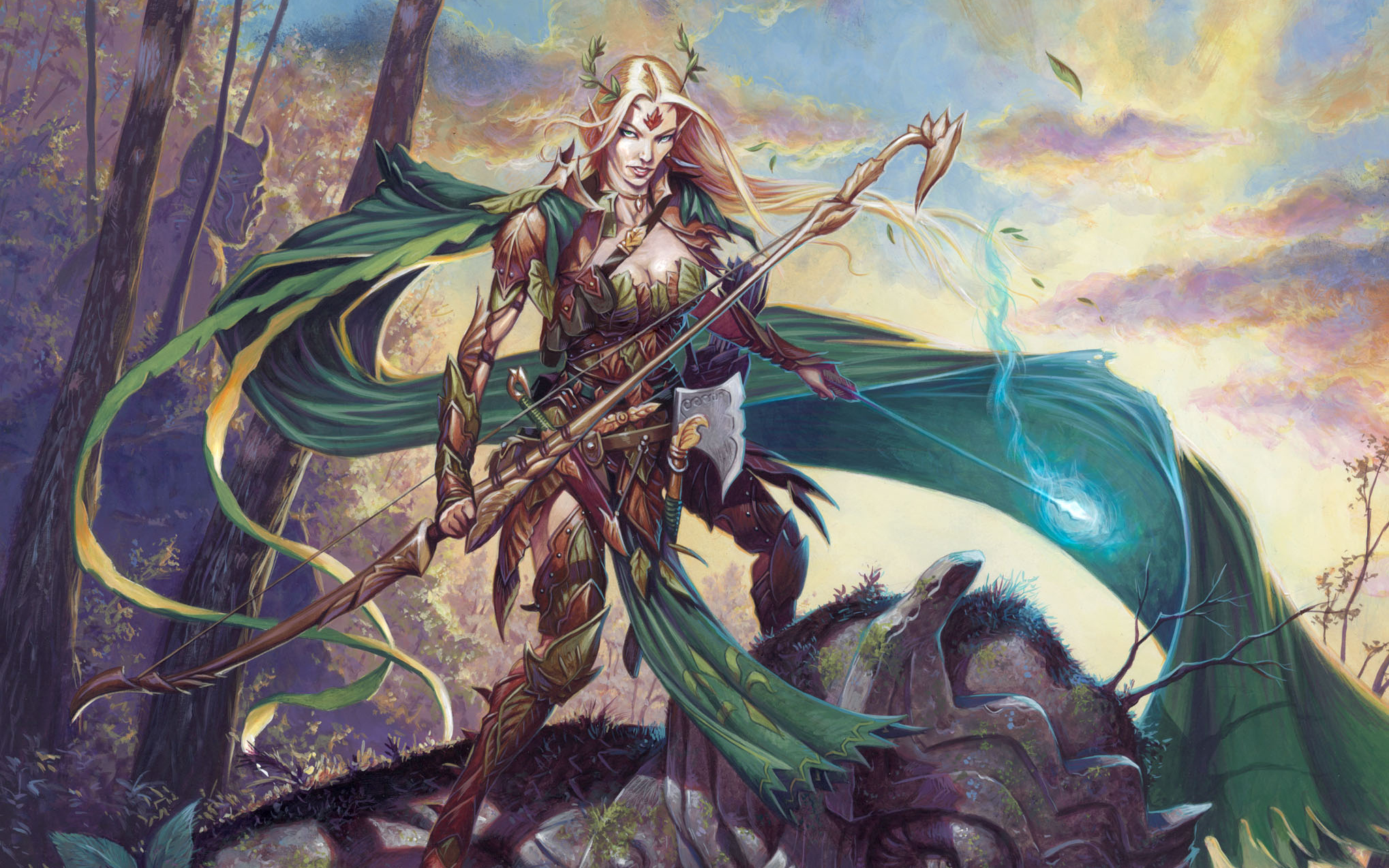 One of my favorite races to play in Dungeons and Dragons is that of Elves. Nimble, graceful, often charismatic characters with long lives. A lot of possibilities exist for character creation, and full backstories. Elves are a chance to really play with the mechanics of storytelling. There is a lot of material for me to cover here so let’s jump in.

Traditionally Elves are an ancient people. Living 10 times the life span of a human in most cases. What is considered a juvenile for the Elven race, would be beyond ancient by comparison with most Elves reaching “adulthood” by age 200 or so. As a result Elves are often considered to be more intelligent, wisest, and often arrogant. I don’t blame them in many cases as the definition of Wisdom is “Intelligence applied” and they have many generations longer to gain and apply that intelligence.

If you decide to play an Elven character, one of the backstory elements I would consider is first to determine the age of your character. How much or how little of the world have they seen? If they have stayed with their own clan for 400 years, have they developed xenophobia? Are they stuck in their traditions? Are they bored and long to see the outside world? Elves afford us as players the opportunity to flush out a larger backstory.

The life you give your Elven player is ultimately up to you, and the sub-races of Elves can help you in deciding larger elements of the backstory. The “Player’s Handbook” lays out 3 different sub-races of Elves: High Elf, Wood Elf, and Dark Elf (Drow). Just like with Dwarves, each sub-race of Elf gives additional abilities. I have made a chart below to assist with this.

As always, consult your “Player’s Handbook” for more in depth information on abilities but I will do my best to simplify it here.

Chart I made for Elves and their sub-races

High Elves are what many would consider to be the “elitist” elves. They have a mastery of the basics of magic, often live in “high society” and generally consider themselves to be superior to everyone else. Typically they are not seen among the “common folk” unless for a specific reason or because of banishment.

Wood Elves are often considered to be the “wild elves”. These elves are quick on their feet, with keen senses and sharp eyes to survive in the wilderness and native Forests. These elves tend to be the most social, often seen Caravans or in the cities to sell hunting goods or bartering for supplies.

Dark Elves, also known as the Drow, are my personal favorite race of Elf to play. These Elves were banished to the Underdark for worshiping the Spider goddess Lloth. Living as subterranean Elves they have superior dark vision, are often very stealthy, but gain a disadvantage in direct sunlight as they are accustomed to their life underground. Most people familiar with the “Forgotten Realms” books will have heard of “Drizzt Do’Urden” in “The Legends of Drizzt” series written by R.A. Salvatore

I drew a picture of a sample Dark Elf character below I have been playing around with the idea of. Elves make excellent wizards, sorcerers, clerics, bards, rogues, and rangers. I love the idea of Dark Elf bard who sings the songs of the monsters he has slayed, the monsters he has loved, and sometimes, the monsters that were both. Skilled as an assassin who uses his abilities and gift of song to get close to his target, and then woo the barmaid after.

My drawing of my Drow bard

Next “Dungeon Crawl” we will look at the half-races of Half-Orc, and Half-Elf. Be sure to comment down below the type of Elf you would want to play or have played in your game. Also, be sure to bookmark (Ctrl+D) the Geek News Now website to not miss any of our coming information, articles, contests, and giveaways. Follow us on Facebook, Twitter, and Youtube. Stay Geeky my friends.

The “Holy Classes” of Paladin, and Cleric, are some of the most controversial in the realms of Dungeons and Dragons. It is one of...