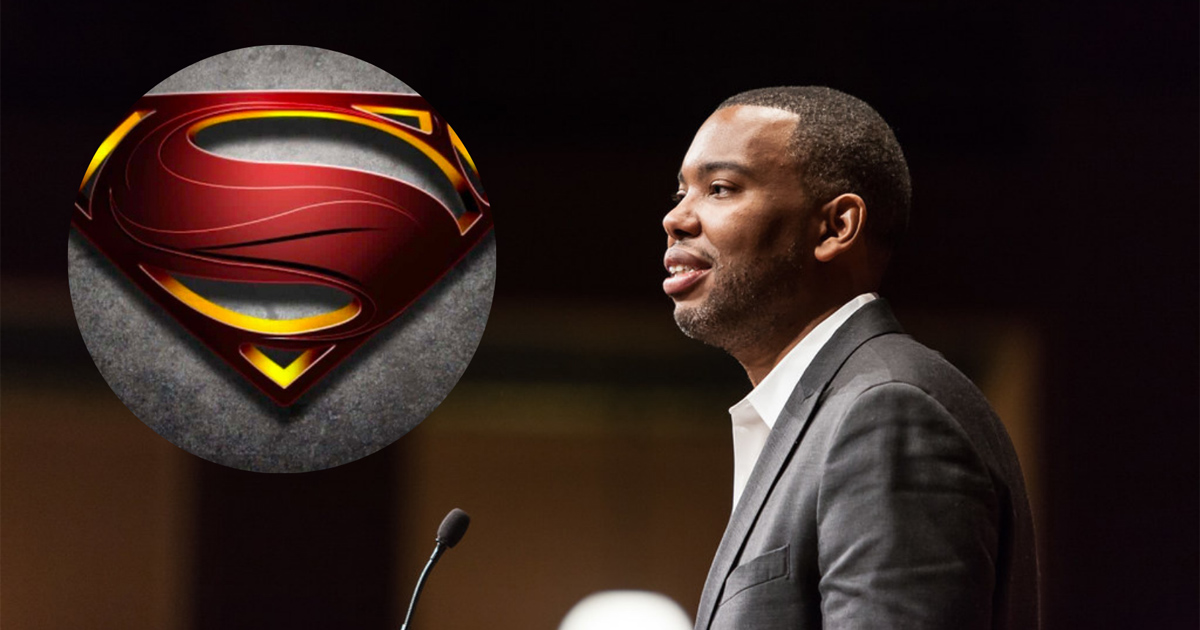 Superman is getting a movie reboot… and it might just work for the best if they follow their writer’s pen! The film, produced by J.J. Abrams’ Bad Robot Productions, is to be written by Ta-Nehisi Coates who wrote for Marvel Comics titles like “Black Panther” and “Captain America”… I’m not familiar with his work regarding the King of Wakanda, but I have come to know of his time with ol’ Cap and it gives me reason to believe and recommend this reboot; so long as the filmmakers don’t deviate too much from what he writes.

Coates helmed writing for “Captain America” and set a stage where after an imposter Cap pledged loyalty to HYDRA and soiled our hero’s good name, Captain America had a heavy road back to walk to earn back the trust of the American people. Under Coates’ writing direction, Cap had many an interestingly difficult turn along the way but stayed true to the character’s core.

Captain America, as written by Ta-Nehisi Coates, standing strong when he believes he must. Picture credit to blastoffcomics.com

As a writer of more than comics, Coates is no stranger to penning articles which share his thoughts on the past and present sins and mistakes of America; but even if that immediately turns you off, don’t be! He used a hero like Captain America to tell tales of how much can be accomplished in the name of the values America is meant to stand for. That alone gives me hope for Coates writing a proper Superman… A Superman who stands tall for truth and justice; what we believe to be part of the American way.

Coates cares about telling the story from the character’s perspective as much as a writer can. He gets it; and he’ll get it right with Superman!

In my opinion, Superman as a movie character needs to earn back our love; not Henry Cavill, he’s a good casting choice. Since Man of Steel (2013), Hollywood has gone out of its way to make Superman a grim and gritty source of darkness; instead of being a hero of hope and virtue, his path is that of a lonely demigod whose destiny is a living curse with zero joy because it’s only a burden being him… That’s Man of Steel and Batman v Superman: Dawn of Justice (2016) in a nutshell; and it’s time for someone to bring the true Man of Steel, the champion of hope and light, out of the darkness!

Coates can do it!

Fans of Superman answered at “The GNN Greats” — an exclusive Facebook group for Geek News Now fans — their thoughts regarding their take on a rebooted Superman movie franchise and on the leadership at the helm. Not much mention was given of Coates; the opinions were more in general of not even having this reboot at all.

“Honestly, I don’t want a reboot,” said DC Corey. “but I don’t want a Man of Steel II, either. Maybe actually do a telling of the story after Doomsday with the different variations of Superman, like Steel, Cyborg Superman, and Superboy. I would be confident with that story and those people helming it.”

“Please no more reboots, I can’t see it being better than anything done 30/40 years ago.” said Andy Swinton.

The team lineup for “Justice League”! Picture credit to theverge.com

“I want a continuation of the current Superman.” said Jimmie Draper. “Don’t ignore JL [Justice League (2017)], as meh as it was, and continue it. That is one thing DC needs is a shared universe with continuity.”

“I think there is still story to tell with our current Superman,” said Erik White. “find a way for a proper send off before we move on to something like a multiverse version.”

Doubt in the reboot aside, I think there’s something to look forward to with Coates on board.

Superman flying about Metropolis at his best! Picture credit to comicbookherald.com

“I look forward to meaningfully adding to the legacy of America’s most iconic mythic hero.” Coates said to Shadow and Act; I honestly have a lot more faith in a rebooted Superman movie knowing the writer of the story takes serious what it means to write a paragon of virtue… a champion of hope who inspires others by his actions and ideals. Let’s get Superman flying!