Bring The Spark Back Into Your Reading with BOOM! Studios 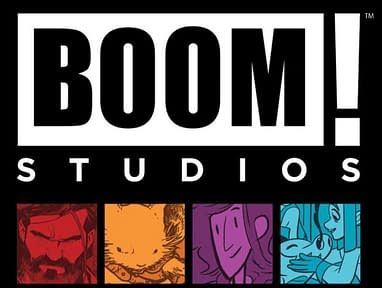 With most industries there are two or three names that everybody associates with that industry. This is also true when it comes to the world of comics. If you were to ask most people for a recommendation, they are most likely to point you to either Marvel or DC. For most of us those story arcs are familiar to us when it comes to comics. But what if you are looking for something a little less common? You are in luck; the comic book world has several independent publishers with libraries full of amazing content. Much of this content may even include familiar characters from some of your favorite fandoms across the verse. Today lets dive a little but deeper into one of my favorites Boom Studios.

BOOM! Studios has started to make a bigger name for itself with the anticipated launch of BRZRKR in February 2021. Some of you may remember this title was started as a Kickstarter and this will be the first original comic book series from Keanu Reeves. BRZRKR will be part of the BOOM! Studios line up and join fan favorites such as Firefly, Power Rangers and even Big Trouble in Little China. For those looking for something outside your primary fandom check out some of these titles;

Follow the trail of a string of grisly crimes that are being investigated by tabloid reporter Elena Abbot.

The tail of a bard named Hum who is trying to save the soul of his wife from a foul tempered mutant unicorn.

When a mysterious attack wipes out all of the major cities if 19th century Asia the orphaned children of a peasant and great samurai leader must set aside their differences to unite their fellow countrymen against a new Shogun.

Boom studios is generating some great buzz and may outgrow their Indie title soon, but I expect they will still be turning out amazing original content. What comics are you currently reading? Have you talked to your local comic shop about their subscription program to ensure you get new comics on launch day? Sound off below.