"PLUS ULTRA!!!" My Hero Academia's Grip Over Teens 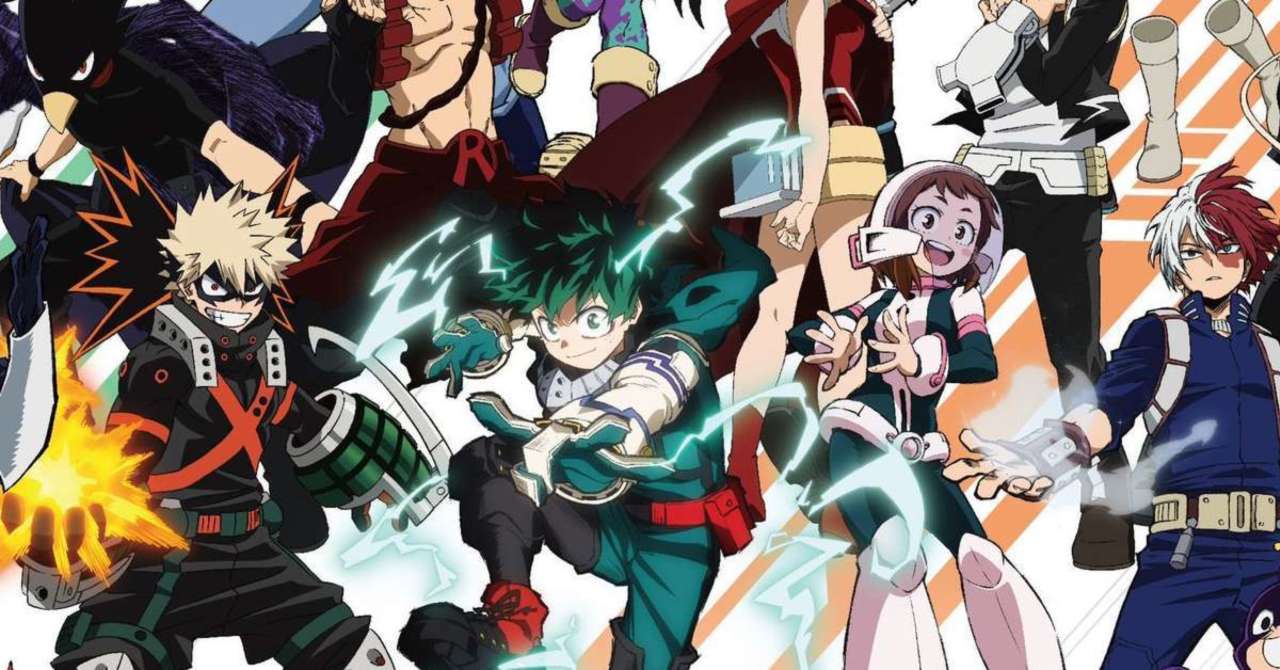 I am a substitute teacher and because of the COVID pandemic I have to work with classes through Zoom. I’ll start the Zoom session, let the students into the session from the waiting room, greet them, and start whatever lesson is first in the sub-plan. Then it happens. Sometimes immediately and sometimes after a few minutes. But at some point in the first hour a student will either ask out loud or through a message in the chat: “You like Anime / My Hero Academia?!”. To which I usually reply, if it’s not a huge interruption to the lesson, “Absolutely!”.

It’s been pretty frigid every morning since December and my favorite beanie I own is a “My Hero Academia” themed beanie, so I wear it for practical reasons but also as an ice breaker with students. They’ll see it perched on my head on their screens, it’s hard to miss sometimes, so it makes sense they’ll ask about it.

See, “My Hero Academia” is one of the most popular anime to hit our shores in the last few years and is a hit with older kids and young teens. Even the theatrical films based off the anime broke records at the box office back when the first one debuted in 2018 and the second one arrived early last year. There are even media studies conducted about how the show has become massively popular among American audiences, such as this article from Comicbook.com about it being ranked the second most sought after show last summer. The question though is “What makes it so popular among teens and kids?”

Me wearing said beanie right before work one cold January weekday morning. The series tagline, “Plus Ultra”, seen on the very top of the beanie.

The premise of MHA can be boiled down to this. The series is set in a world where 80% of people are born with some type of ability, mutation, or power called a “quirk” that manifests in early childhood. In this world being a superhero is recognized as a legitimate paid career but requires a license and not everyone qualifies for a license. Those who use their powers illegally or for other crimes are “villains”. The protagonist of the series, Izuku Midoriya (A.K.A. “Deku”), aspires to become a professional hero when he grows up, but tragically fate has conspired against him because he was born without a quirk. In a world where most other kids have some type of power he is without any.

Without going too much into the story Midoriya is granted entry into a prestigious school designed for those who aspire to become pro heroes. Through determination and luck he earns a gift, a unique quirk that can be passed on to others regardless of their powers or lack thereof. This quirk grants Midoriya tremendous strength, but he doesn’t quite know how to use it properly. The rest of the series revolves around him and his fellow super-powered classmates dealing with academics, the trials of becoming a hero, as well as real threats from villains outside of the school. Ok, we got that established.

The full roster of Class 1-A, they make up the majority of the main cast.

Why Has It Struck A Chord With Teens?

MHA essentially borrows a bit from the Stan Lee school of “Relatable characters”. Deku is a kid who is just trying to keep up with his peers who he sees as so far ahead of him as they were born with their quirks rather than being given one like he was. As a kid I definitely felt like other students were ahead of me when it came to having their acts together. Lots of teens feel awkward, out of place, and like they’re outsiders. To kids like these Deku is completely relatable.

It’s not just the heroes that have unique motivations but even the villains and the story arcs are deep and complex. The hero-killer, Stain, kills pro heroes he believes are only in it for the fame and money and not truly selfless. The main villain of the series, All-For-One, believes in a power hierarchy, sort of like a more extreme Magneto from the X-Men. Overhaul (My favorite villain) wishes to bring villains under the control of organized crime such as his particular family / branch of Yakuza.

Deku (left) with his mentor and the number one ranked pro hero, All Might (Right). Image from Comicbook.com

Then there is the unique student-mentor relationship that Deku shares with the number one ranked pro hero, All Might! All Might passes down his perk to Deku and serves as a sort of mentor / father figure to the fatherless Deku. The complex relationships between the characters, the comedy, the awesome fight choreography, and the various lessons learned are what really make “My Hero Academia” so appealing and popular among kids and teens. Essentially its X-Men meets Harry Potter with beautiful animation thrown in and loveable anime tropes. With all of these things going for it, it is very likely My Hero Academia’s popularity will stay around for a while. It may even go, dare I say it, “PLUS ULTRA!”

In this article:anime,Deku,MHA,My Hero Academia