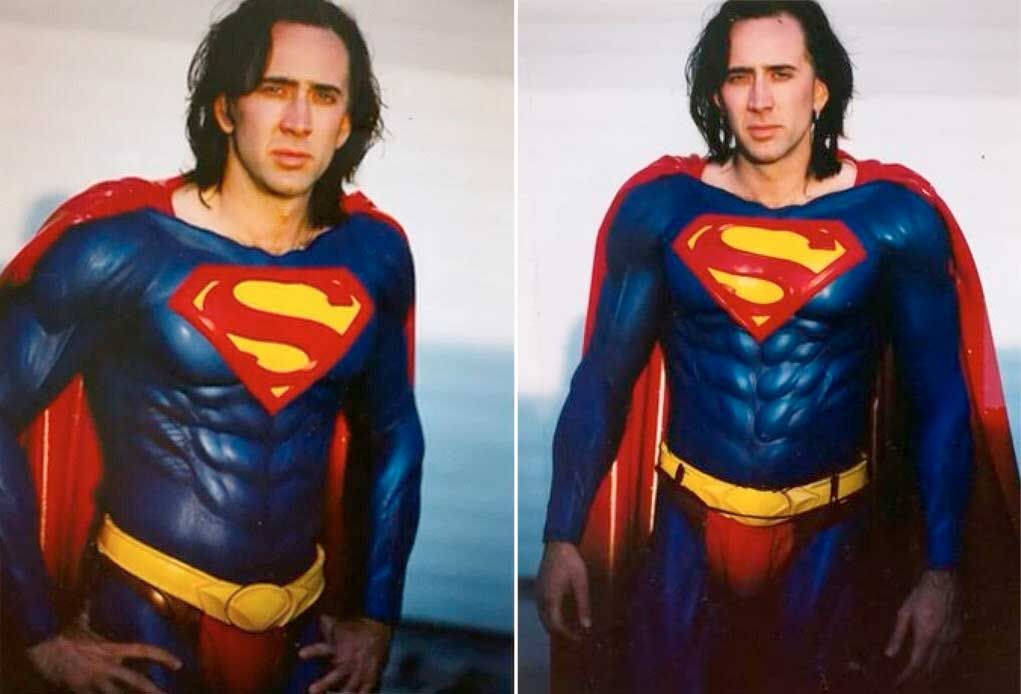 With high ambition and almost no clue as to who and what Superman — and his famous “Death and Return” story arc — is about, Superman Lives was bound to fall flat whether or not it was completed; yet if it had hit theaters and we looked back on it now, I say Hollywood still wouldn’t have learned a thing about doing a good Superman story.

One major source of why this production would have flopped was film producer Jon Peters. See, the one source of reason and storytelling the production team had was Kevin Smith when Warner Bros. brought him on board to write a script; but even then, the writer was hampered by Peters with his ridiculous “three rules” as explained by Smith in various talks to fans: Superman had to wear an all-black suit instead of his traditional one, Superman could not fly, and, for whatever reason in Peters’ mind, Superman had to fight a giant spider in the third act… Then Smith was forced by Peters to write a scene where Superman villain Brainiac would fight polar bears. And, again for whatever reason, Peters demanded Lex Luthor be given a space dog.

Then Tim Burton decided Smith’s script was a no-go, going with another writer or two afterward, and from there the production aimed to be a “Superman” story as opposed to a full-on Superman story; meaning it aimed to squeak by with the shell of a Superman plot and yet not be Superman at its heart and soul while finding reasons to sell toys to Superman fans.

Nicholas Cage and Henry Cavill; both as shells of a Superman without being the real deal. Picture credit to comicbook.com

I’m afraid that’s par for the course with Superman movies since at least Superman Returns (2006)! Granted that movie kept to the hero’s basic origins and story, but strayed from what made Superman a worthwhile or complicated figure with its indecision about “is this story about a world that moved on without him or not?” Then there’s how dark and gritty and “realistic” they set out to make Superman in the newest movies like Man of Steel (2013) and Batman v Superman: Dawn of Justice (2016); where being Superman is a joyless, empty, heavy burden all the time and he is *only* a walking demigod; not a complex man with special abilities just making his way in a wide world.

Nicholas Cage in a costume test for “Superman Lives”! Picture credit to bolsamania.com

The Tim Burton attempt would have been too weird! When Burton has creative control, he goes all over the place and gets needlessly dark and adult even if kids will be watching. The first Batman (1989) was excellent because it wasn’t just Burton driving the production; but with Batman Returns (1992), he had more creative control and the tone became darker with the adult innuendo often coming from Penguin; now imagine that level of Burton “dark” with a *Superman* story… It doesn’t work. Batman has room for “dark”, and Superman is just not that type of character; nor are Superman’s stories a place where there is darkness without a prevailing light!

And yet producer interference from Peters would have made this movie definitely weird and ridiculous. Again, it was doomed from the start…

Nicholas Cage in a few poses in the more traditional look for the “Superman Lives” costume test! Picture credit to geektyrant.com

I’ve seen the production photos of Nicholas Cage as Superman in the more traditional suit and the revamped version of the suit with the long hair look; neither one grab me and say “THIS is SUPERMAN!!” Cage just doesn’t have the commanding presence of Superman; he has either a goofy or pent-up crazy whack-a-doodle presence in his acting delivery. I think they’re usually right when in the past they’ve aimed to cast relative unknowns in the role; it helps sell the illusion of the dual identity of Clark Kent/Superman.

Unfortunately, I don’t see Hollywood changing its approach to Superman movies anytime soon; Superman Lives was just one doomed project which thankfully never flew. But with the innovation of the DC film multiverse projects which DC Films head Walter Hamada has revealed to be in the works, who knows… a movie like Superman Lives could yet see the light of day! I hope not!

Do you think Superman Lives would have been a good movie, or too darn strange? Comment below! Also, subscribe to Geek News Now and give it a like on its Facebook page! Check out the Geek News Now February giveaway and enter for your chance to win a massive Marvel prize pack; the contest is open until 2/28/2021 so don’t wait!