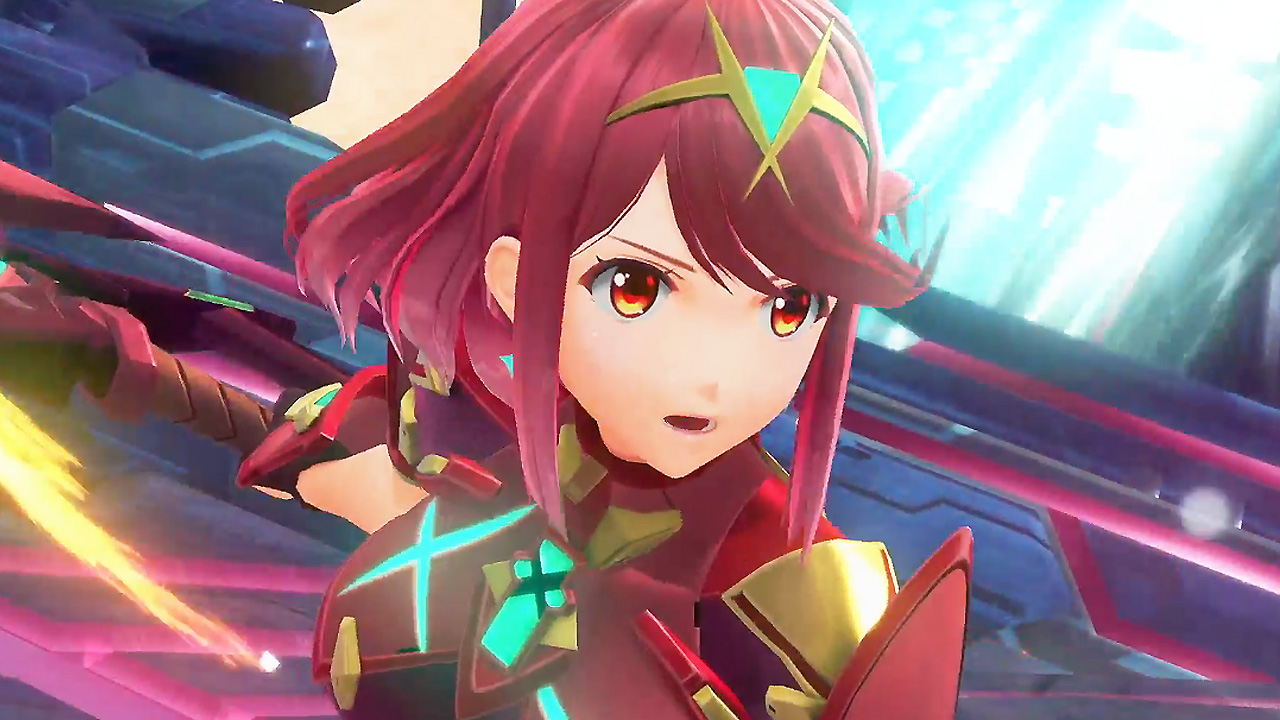 Earlier today during Nintendo’s Direct a new fighter was announced for the Super Smash Bros. Ultimate roster! The split personalities of Pyra and Myhtra from Xenoblade Chronicles 2 have officially made their Smash debut. Mythra and Pyra count as one character and can be swapped back and forth much like how Samus and Zero-Suit Samus are swappable in Super Smash Bros. Brawl and how Zelda and Sheik were also swappable in that game. Interesting enough they are allies of the main character of Xenoblade Chronicle 2‘s Rex, and they will be the next characters from the Xenoblade Chronicles series to join Smash‘s roster with the first game’s protagonist, Shulk, already in the roster.

Pyra is most likely the default character at the start of the battle and character select screen.

Mythra can be swapped out for Pyra during combat.

The trailer showed that Pyra and Mythra have completely different move-sets and even different final smashes. The DLC is slated to hit at some time in March so Smash players don’t have long to wait. With their addition this makes the 9th challenger pack and DLC characters to join Smash and now there are only two spots left for the season 2 fighter pass.

Sephiroth was the last character to join Smash back in December, with today’s announcement only two mystery fighters remain.

Personally I don’t have a real connection with these two characters. I honestly have never played any of the Xenoblade Chronicles games and it looks like I will need to rectify that soon. Interestingly enough this is another sword-user being added to the game’s roster, an issue of contention for most Smash players. Coming on the heels of the last character, Sephiroth, also being a sword user, the internet is already reacting.

Jason Schreier, games journalist for Bloomberg, sarcastically pokes at the over abundance of sword-using characters in the roster.

The main gripe of the Super Smash Bros. community is that sword-wielders tend to have longer reach than most non-sword wielding characters. In addition to that they tend to spam / abuse their strong sword attacks. Not to mention that most of the sword-users feel and play too similarly to each other that it feels like each addition further dilutes the character pool of variety. Even the series creator, Masashiro Sakurai, has expressed this same view in the past. That said, from the trailer it seems like the duality of Pyra and Mythra’s attacks seem different enough to separate them from other sword-fighters.

Will Pyra and Mythra shake up the game’s meta fighting scene? We won’t know for sure until sometime in March when they are added to the roster. Were you hoping for a different character to join gaming’s biggest cross-over? Comment down below who you would have preferred. I am still hoping we will get Crash Bandicoot before all the season pass characters are revealed. For more gaming news, articles, and opinions subscribe to our site page. You can also follow us on Facebook here and on Twitter here.