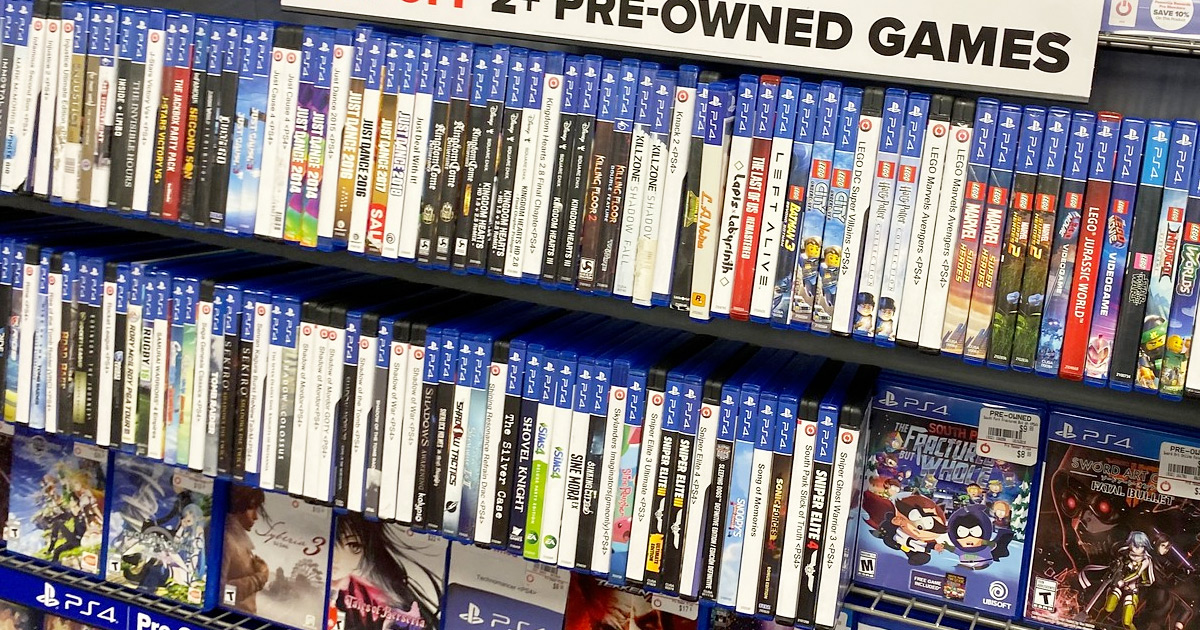 We all know the anticipation of getting to the check-stand and handing over the videogame we are about to purchase. The thrill of taking home a new copy of a hot title you have been waiting a long time for. But before you finish your transaction, the cashier asks you if you want to secure a copy of another title you are excited for? Almost instinctually you say no, but they remind you about what the upcoming videogames are.

They tell you that a certain game you have an interest in is coming with a preorder bonus. You got to lock that bonus down! You put $5 towards that future game and you walk out with your other game and go on your merry way. What just happened in there? You did exactly what developers want you to do. You preordered a videogame.

Preorders, in terms of their original concept, were conceived to help customers reserve a limited-quantity item that they might otherwise miss out on. More than that though, they helped guarantee an order minimum from a given store so they don’t miss out on potential sales by ordering too few copies of a given game.

One of the most infamous cases of preorder regret was when gamers had preordered the “Power Armor” edition of Fallout 76. It promised a canvas bag and instead customers got an inferior nylon bag.

1. Preorders Lock You In

When you preorder a game you are essentially handing over your money and telling the game creators that they have already sold you on their game. They know you are not going to wait on reviews or anything else. If enough people pre-order a game (and for the most part they know how many preorders they have ahead of time) then they know how well their marketing is doing and are less-inclined to work harder than what is necessary to make the game great. It’s not too much of a coincidence that as preordering has risen in popularity that games have become more and more often released incomplete.

Most infamously we saw this with the Cyberpunk drama. “Thanks to preorders, Cyberpunk 2077 makes more than the entire cost of the game’s lengthy development cycle in one day, according to CDPR.” wrote Brianna Reeves in her article for ScreenRant about Cyberpunk’s sales. You have to imagine many gamers who bought Cyberpunk 2077 felt bamboozled afterward. It didn’t help that CDPR purposely didn’t release any review copies of the game where it performed the worst, on PS4 and Xbox One.

A Cyberpunk 2077 advertisement prompting readers to preorder their preferred choice of edition, what format, and from which store. Reportedly some who preordered still got the game late. They would have been better off getting it from the store after the reviews were in.

Now, to be fair, you can back out of a preorder. It’s not like you signed a contract with the studio when you put your $5 down. But few people bother to do this once they have handed over the cash. My cousin even missed out on a game when he put $10 towards it and the game got frequently delayed to the point that he forgot about it and the store closed down. Granted, it was his fault, but you have to imagine he isn’t the only one who lost out to this predatory practice. Also preordering online can be tricky as some stores will only give you store credit in exchange or can prolong the process to deter you from canceling like in the infamous case of EA with Star Wars: Battlefront 2

To encourage preorders for most games, studios will offer exclusive in-game content that can only be redeemed from preordering the game. Now these bits of content may range from useless to game-breaking, but the point is that those who don’t preorder are punished with incomplete games. Occasionally this content is made available for those who didn’t preorder down the line much later on as free or paid dlc. But this isn’t always the case, sometimes it’s just gone forever (such as seasonal content for most online games or special anniversary editions of games).

Preorders are made to address and mitigate scarcity of products, so what is the point of a digital preorder? Digital files and programs are, literally, immune to scarcity. Pledging your money for a preorder doesn’t really benefit the consumer and only really benefits the developer. The reason I say there is “almost” no advantage to preordering a game digitally is because there is only one. As a friend of mine reminded me, being able to preload all the files and content of a game prior to it going live does save some time. Having everything ready for when the count down timer finishes is actually nice. That’s the one and only advantage.

If you have a slow internet connection, being able to preload a game like The Last of Us Part 2 before it releases at midnight makes the difference between playing the game right away and playing the game after work the next day.

Is preordering a game a bad idea and anti-consumer? Well, like with most things in real life, that’s a bit of a grey area. For the most part, pre-ordering is not a pro-consumer move. However there are exceptions to the rule! Limited Run Games, for example, releases, well, limited runs of physical games that do not already have a physical edition. A lot of games only receive a digital release, this is where LRG steps in. They serve as a middle man and create physical copies of digital and older rare games for consumers to obtain. Because of the scale of their operation they can only afford to make a small number of these copies.

Preordering through them is the only way to get these games and helps keep them in business and provides a service that no one else can. Not only that, but most LRG games come in a variety of physical special editions with physical goodies like figures, artbooks, etc. Basically items that wouldn’t be available or pre-packed in otherwise. This is where preordering makes perfect sense, where there is physical scarcity and actual physical goods! Preordering a physical game copy from a yearly franchise without and physical bonus goodies is pretty pointless and only benefits the studio. Use your preorder abilities intelligently!

In this article:Cyberpunk, Cyberpunk 2077, Preorder, Videogames