"Fanboys"! A "Star Wars Tale" Worthy of The Fans! 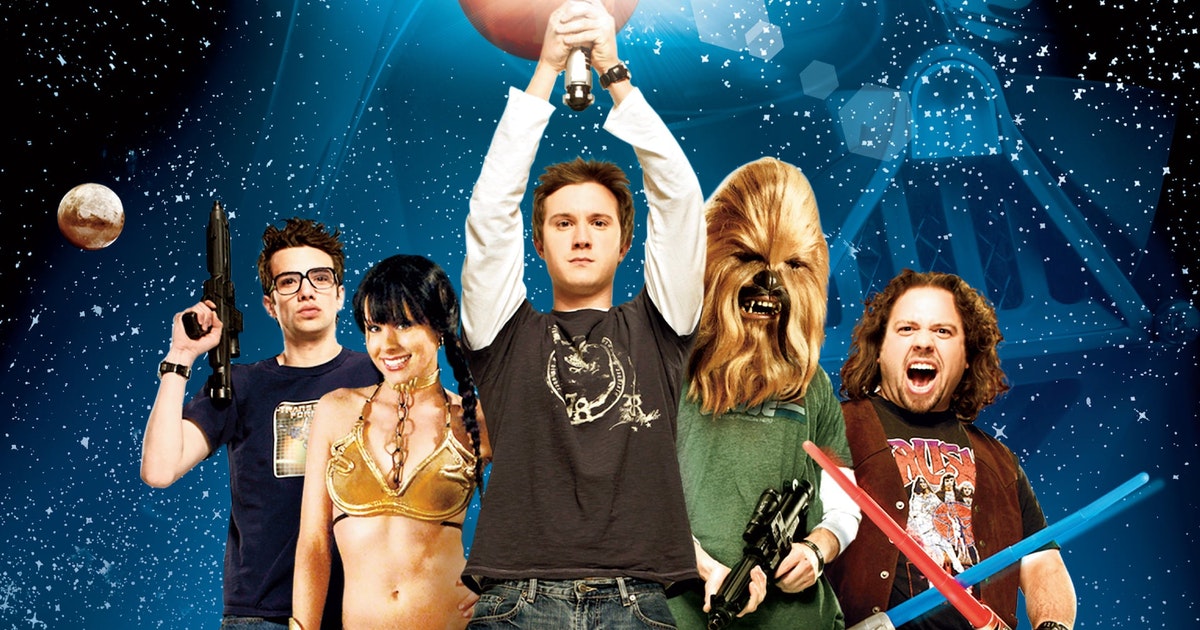 Fanboys (2009) is one of the best Star Wars movies a fan could watch! It is a fictional love-letter take on the fans to the fans by people who knew how to put together a pretty decent laugh set to the all-too-familiar themes and elements of Star Wars.

The story itself is of course an exaggeration as far as how far fans will go to see Star Wars; long story short, we see a small group of five fans from Ohio band together in 1998 to drive cross-country in order to steal a rough copy of Star Wars Episode I: The Phantom Menace (1999) and a series of comedic mishaps and misadventures ensue! The fans brave stripping to songs from Menudo, evading cops via the power of “light speed” in nitrous form, dodging a hazardous pimp, and getting into a battle royale with Star Trek fans for fun!

You have your Luke Skywalker in Eric Bottler (Sam Huntington) who, as would-be Han Solo figure Hutch (Dan Fogler) puts it, needs to find his his Death Star — that one epic thing a person does that they can live on forever. Bottler’s journey is not on par with Skywalker’s; he doesn’t have a Jedi role to undertake but he does have a choice to make between the “dark side” that is the grindstone life of the “real world”, or the “light side” that is not only the way of the fanboy but specifically following his dream as a comic book artist/storyteller. His very tanned father is an obvious reverse on the pale unmasked Darth Vader and a representation of that grindstone lifestyle that feels like living under “the man”; or, that is, “The Empire”!

Kristen Bell as Zoe is a great part of the cast! Zoe is not your traditional “princess” character; much like Princess Leia, she takes charge and can hold her own ground which she proves in taking down Hutch. She isn’t just eye candy; she’s got brains and spirit and a lot of sass to say to keep our gang of fellas in line in their journey.

The fellas outside the Java the Hutt shop try to warn Windows! Picture credit to traileraddict.com

The little things here and there which nod to Star Wars and any fan with sharp eyes and ears will catch: Hutch’s van resembling the Millennium Falcon, the scream sound effect from Linus (Chris Marquette) as he jumps into the garbage chute, the coffee shop called Java the Hutt, Hutch referring to Windows (Jay Baruchel) as his “Dak” (or his “wingman”) in Las Vegas… Even the lines “I love you!” and “I know” between Linus and his doctor who is a cameo by none other than Carrie Fisher! Fisher wasn’t the only cameo: Ray Park (aka Darth Maul) as the head of security at Lucas Ranch and Billy Dee Williams as the judge who lets the fanboys go after they get busted for speeding.

The “Fanboys” cast caught in the garbage bay of Skywalker Ranch! Picture credit to thrillist.com

My favorite scene has to be when the gang, having landed into the garbage bay of Skywalker Ranch, hear some mechanical whirring and immediately panic believing the walls are closing in similar to the scene in Star Wars Episode IV: A New Hope (1977)… only for Zoe, the clear-headed one of the bunch, to point out that it’s just an air duct making noise, and the guys all feel rather sheepish. The panic as they tried to brace the walls was hilarious! Watching Windows freak out *again* is always a riot.

All in all, Fanboys is a great Star Wars tale because it’s about a band of misfits who brave some odds together on an impossible mission, much like how our group of misfits in Star Wars Episode IV: A New Hope gathered and faced their own odds to take down their own “Death Star” which was, in fact, the real deal!

I love Fanboys because it’s a funny story about friendship. We see Eric and Linus, former best friends at odds, eventually reunite in time before the latter man meets his end; and at its heart, Star Wars was about many things including the power of friendship. While many of us see nowadays how badly the Star Wars fanbase can be divided, here in this single movie, a love-letter to the fans, we see Star Wars bringing people together as we’d like it to do. Pop Fanboys on and get ready to laugh!

Would you set your view screens to Fanboys? Comment below! Also, subscribe to Geek News Now and give it a like on its Facebook page! If you’re a hardcore Geek News Now fan and want to possibly win a massive Marvel prize pack, join the Facebook group The GNN Greats and make sure you meet the requirements!